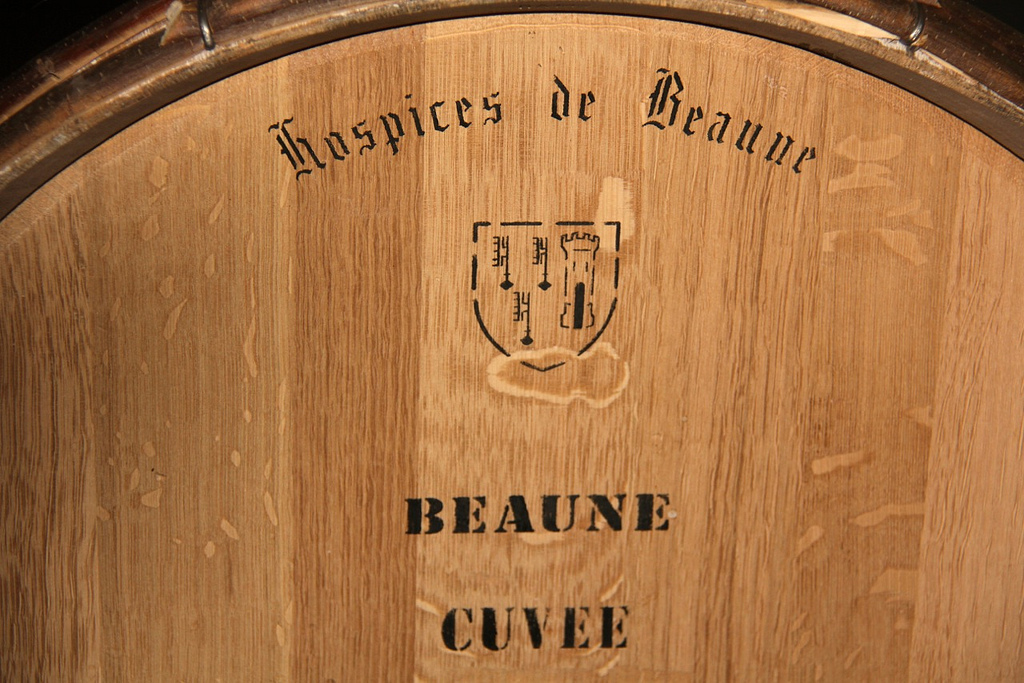 Surprisingly, the Burgundy region only became an official part of France in 1435. Since then however, it has produced some of France’s most renowned wines from even as early on as the 14th century.

“The Congress of Arras was a diplomatic congregation established in Arras in 1435 between representatives of England, France, and Burgundy. Toward the close of the Hundred Years’ War, both the Congress and Treaty of Arras represented diplomatic failures for England and major successes for France.”

Today, the walled city of Beaune and Burgundy in general have much to thank former resident Nicolas Rolin (1376–1462). N. Rolin helped craft the Treaty of Arras. In addition, he and his wife Guigone de Salins established the beautiful and at the time indispensable Hôtel-Dieu or Hospices de Beaune, in 1453. This hospital was run by an order of nuns called les sœurs hospitalières de Beaune who cared for the poor and sick. 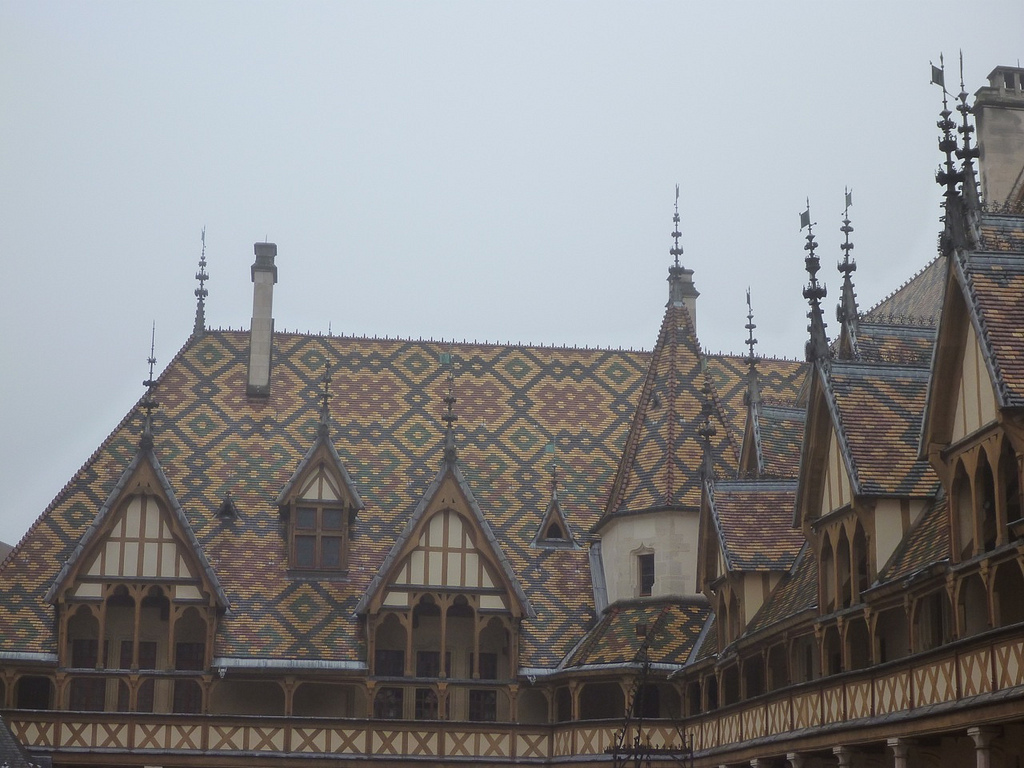 Grape vines were first planted in Burgundy during the period of Gallo-Roman settlement. However, it was the Cistercian monks who worked the land extensively, clearing trees and rocks to access the fertile soil. Aided by suitable agricultural conditions and a favourable climate, the Burgundy region had already established a reputation for decent wine production by the 14th century. 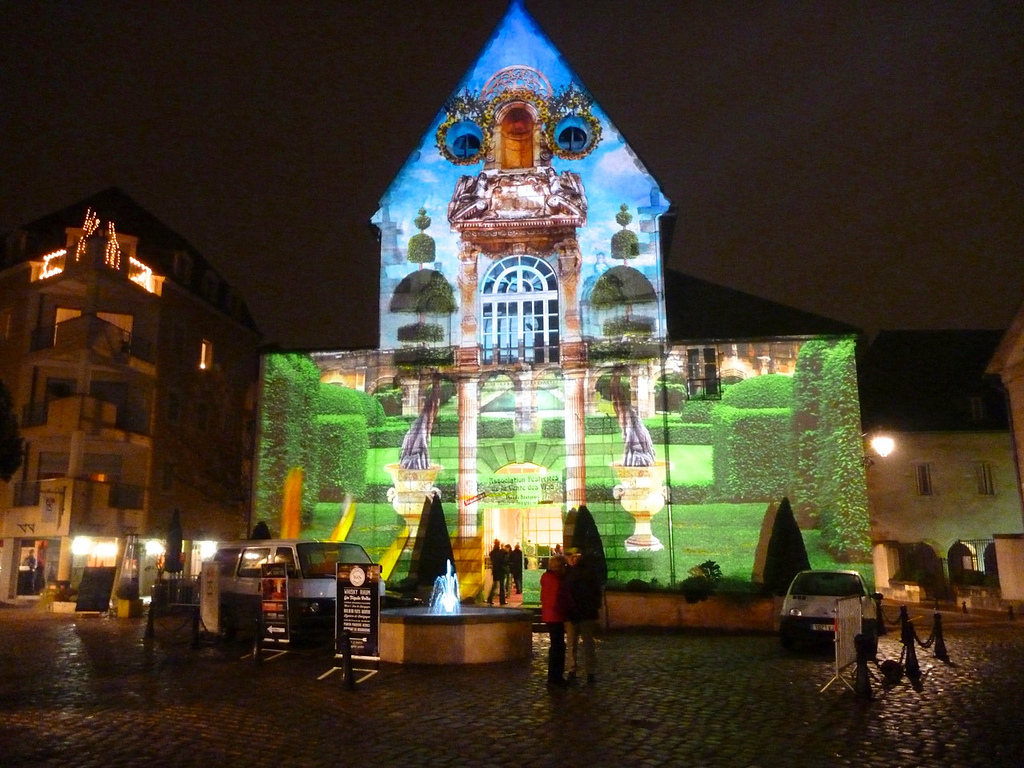 Fast-forward to the present day, Beaune a prosperous city of just over 20,000 inhabitants is known as the wine capital of Burgundy. Every year on the third Sunday in November there is international interest in a charity auction featuring wines from the Domaine des Hospices de Beaune.

The first donation of vineyard land to the Hospices was in 1457 by Guillemette Leverrier. Currently, there are 61 hectares or roughly 146 acres of land that has been gifted, and bares Domaine des Hospices de Beaune on the barrels and wine labels. In the world of wine, this is one of the most highly renowned estates with over 85 per cent of Grand Cru and Premier Cru wines.

Each year, barrels with distinguished reputations for excellent quality and the names of famous donors are auctioned off to the highest bidder. The first public auction was in 1859, November 2012 was the 152nd year. On offer at the auction were 44 cuvées in 518 barrels, or pièces. The final tally was a record breaking 5 909 276 euros donated to support the local hospital operations and continued maintenance of the Hospices de Beaune, which is now a museum. 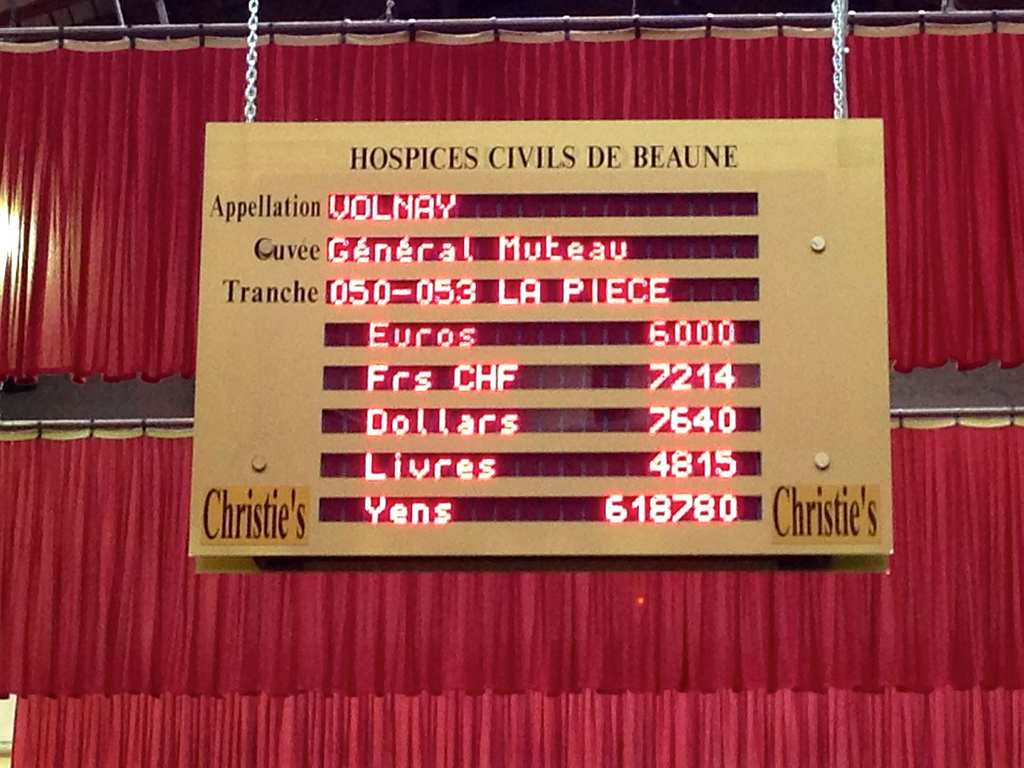 The streets of Beaune during this weekend are filled with action; market stands offer products from all corners of France, bands play in the streets, restaurants spill outdoors with covered tents offering a glass or two. This long weekend in Burgundy has a world-class reputation for wine, charity and joie de vivre.

Do you have a favourite Burgundy wine?