No glu in the dishes at Noglu, Paris 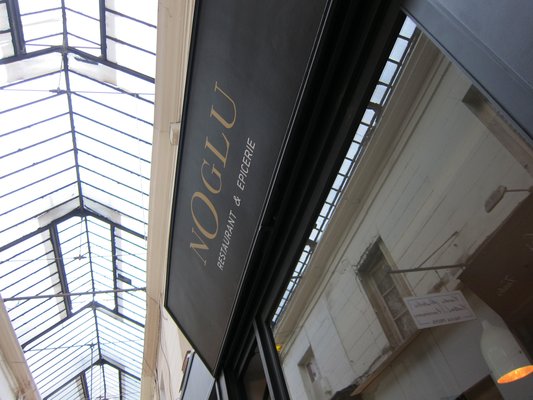 There is a gluten-free secret to uncover should you venture into the secret corridors off Boulevard Montmartre. Tucked up between the stamp collectors and Parisian antique dealers of Passage des Panoramas, Noglu boasts a modern and minimalist interior with avant garde recipes whose aromas hook the noses of those wanting a change from the traditional fare found along the Passage.

Noglu is part of the ‘With Love Allergen Free’ movement that controls the non-contaminated recipes and preparation of dishes served in advertised, allergen-free establishments in France. The restaurant is accredited as being a gluten free kitchen, with some dishes even being lactose free. 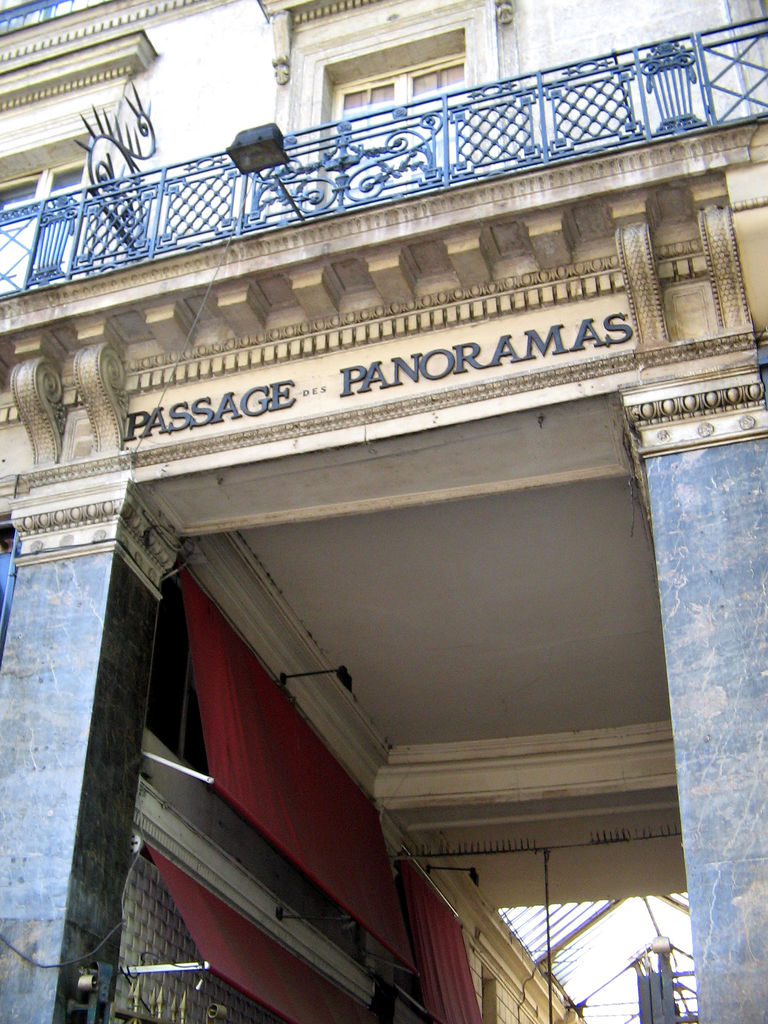 And in case you needed any more assurance that Noglu serves no glu, know that founder Fréderique Jules, is herself gluten and lactose intolerant and so takes Noglu’s title personally and seriously.

Having visited the United States, Fréderique returned to France frustrated at the limited dining options that existed in the supposedly gastronomic empire of Europe.

After numerous consultations, Fréderique handpicked an award-winning team of chefs and patisserie specialists, and Noglu was born. Word soon spread, with the Passage des Panoramas filling up with people turned away from the already booked-out restaurant.

Noglu offers a set, brunch-style menu on weekends, and a traditional, set menu on weekdays with delicacies varying from day to day. It is thus highly advised to visit Noglu more than just once. 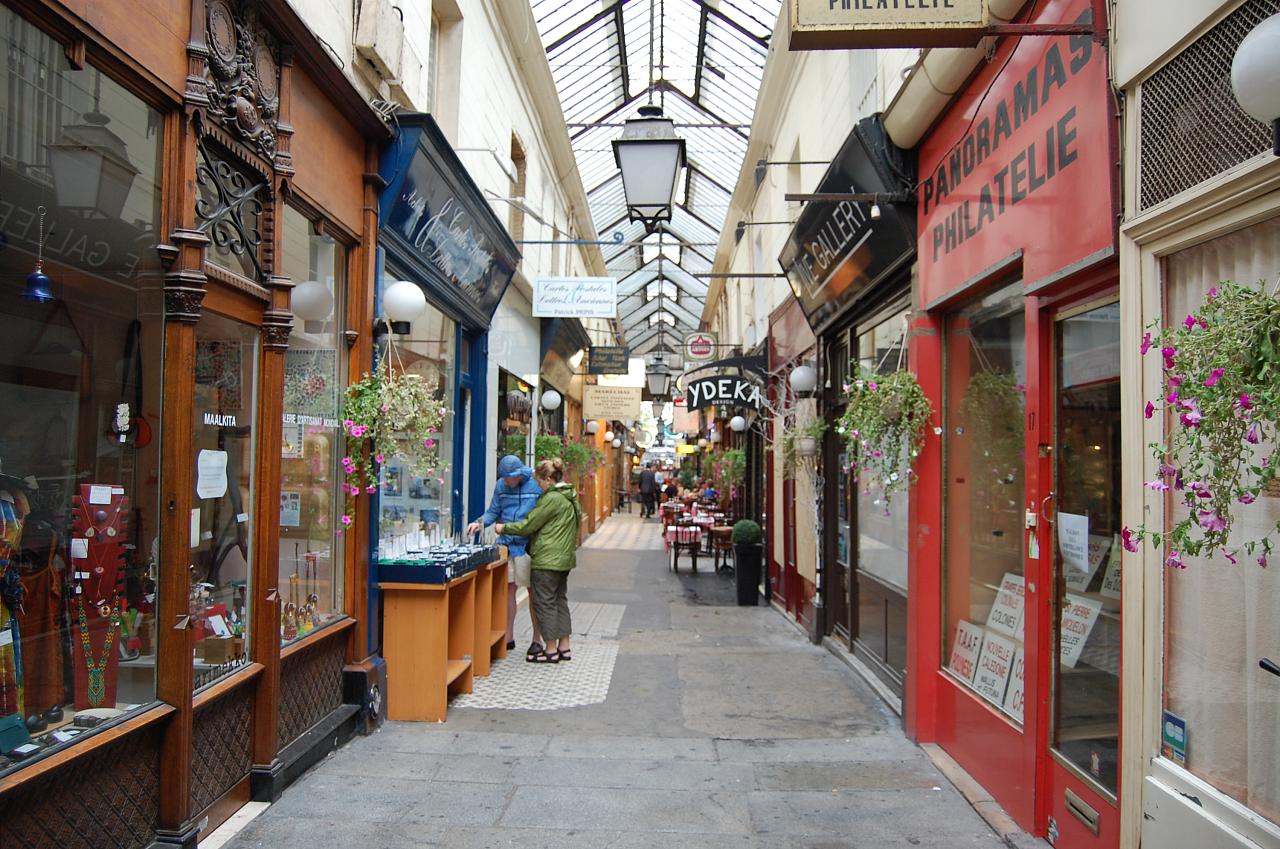 Perhaps you don’t have time for a sit-down meal, but if you are in need of a little goutée to refuel you on your shopping spree along Boulevard Montmartre, Noglu are experts when it comes to sugary treats. I tried a delicious pineapple mini cake which tasted, I think for the first time since my diagnosis, like I had truly eaten a cake!

But Noglu are better known for their pain, for which you simply must place an order. I tried a few tranches that came with my meal and was sorely disappointed to be told that there was not even one miette left to buy for the day.

The woman behind the legendary recipe is Chef Patisserie Jennifer Lepoutre. I did get to speak to Japanese born Mitsuru Yanese, Chef du Cuisine at Noglu. Though he wouldn’t divulge the recipe, he did let spill that the taste came down to a marvellous mix of chickpea, rice, corn, buckwheat, and potato flours.

The proof is in the mixture, as no less than ten people came in during my first visit asking after the beloved loaf, only to be told the same news I had been.

Apart from the bread, my favourite thing about Noglu is sitting at the bar stools at the counter and eying off the chefs as they create their wheat-free wonders, trying to glean just a speck of their cooking cleverness. 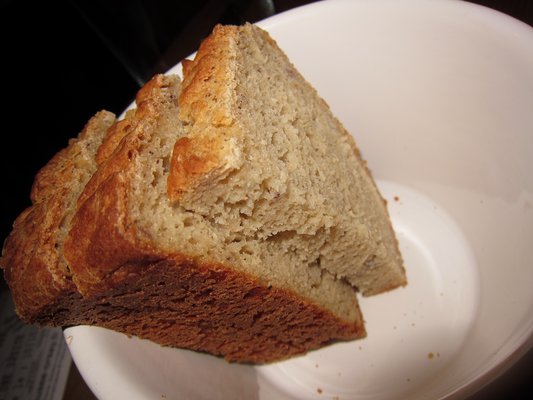 Sitting at the bar, you can also develop quite an impressive range of culinary-based vocabulary, such as incroyable, magnifique, j’arrive pas à y croire! as the perfectly mounted plates are placed in front of the salivating clientele.

Sitting at the counter is not only a perfect place to improve your French, but also a great place for meeting fellow expats and English-speaking travellers who you can share gluten free tips and tales with.

On one occasion I met a fellow Australian who had been surviving on rice cakes and cut vegetables as she made her way around France, and we happily conversed over our meal, hardly believing that we were finally enjoying the art of French cuisine, but with no glu!

If you have any Noglu or no-glu tales or tips, please share them below…