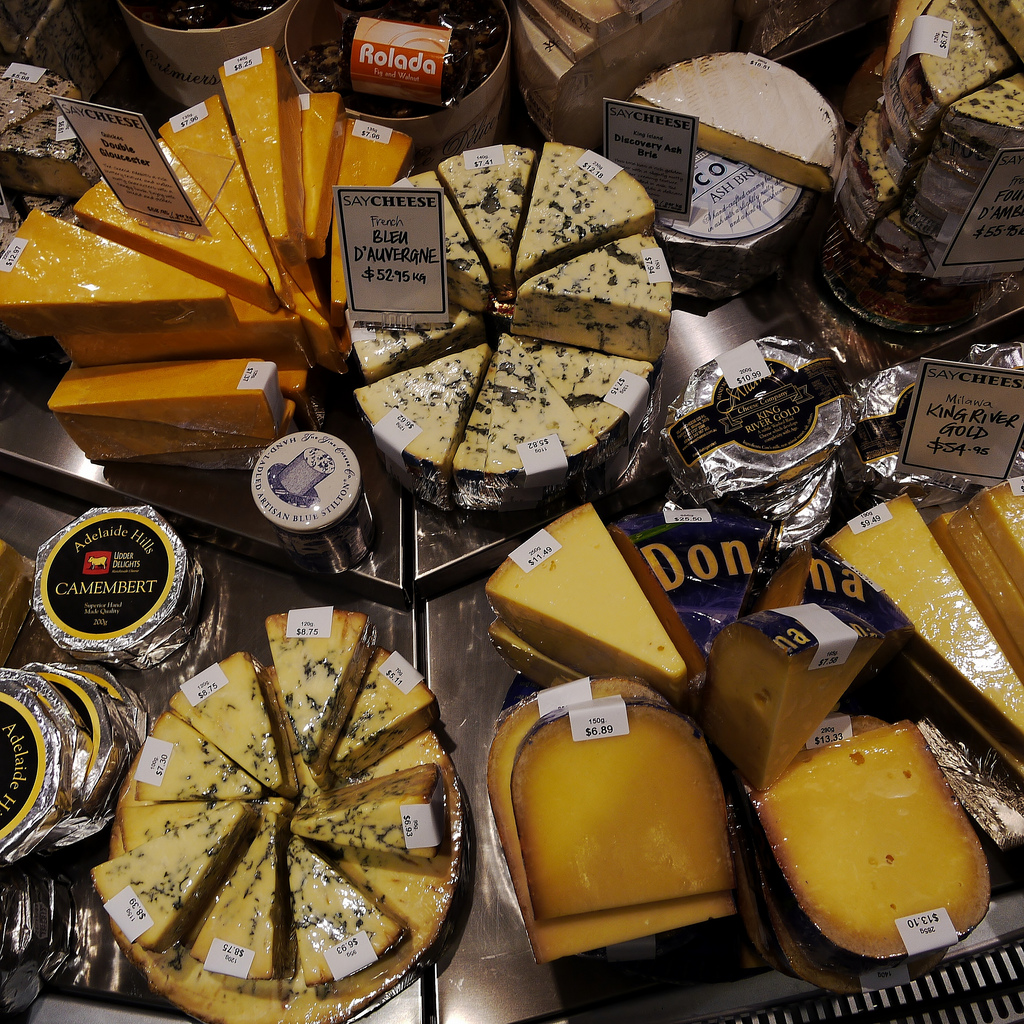 I had only a vague idea of what I was looking for in Adelaide Central Market: cheese. Fortunately I didn’t have to search for long; the Smelly Cheese Shop satisfied my every need.

I was getting tired of the basic range in Woolworths: plastic cheddar, cream cheeses which were too creamy and tasteless fetta. After more than two years abroad, I reckoned I had a right to demand good cheese, be it French or not.

The Smelly Cheese Shop, n°44, is one of three shops owned by Peter Heaney in the Central Market. Say Cheese, n°46, is the oldest and found at the other end of the alley, offering a more industrial range. Between the two is Dough, the bakery, which like the others adheres to the French tradition of the bread and cheese alliance. Yet Smelly Cheese is still the standout star of the market.

The art of French and European cheese 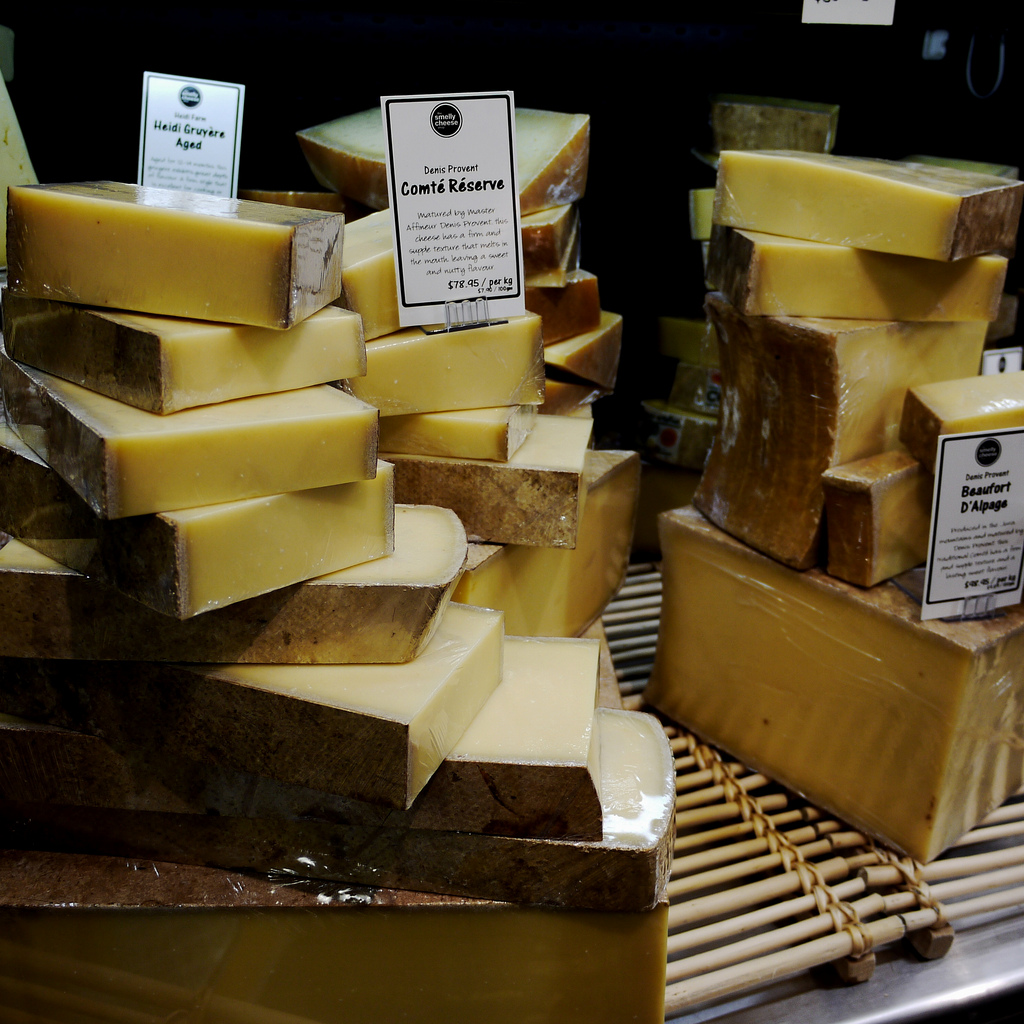 For 10 years, the Smelly Cheese Shop has imported and sold a variety of roughly 200 cheeses coming from France, Italy, Spain, Switzerland, Australia, Ireland, the UK and more recently, the US. They’re all here: Brie and Camembert (the favourites), Beaufort, Gorgonzola and Parmigiano Reggiano.

The cheeses are directly imported from the producer and stocked on the premises in a room that recreates the perfect level of humidity and keep the cheeses at a constant temperature. Dianna, the general manager, speaks a language that makes my eyes sparkle: “The buffalo mozzarella is fresh, imported from Italy every two weeks.”

The USA on the cheese market 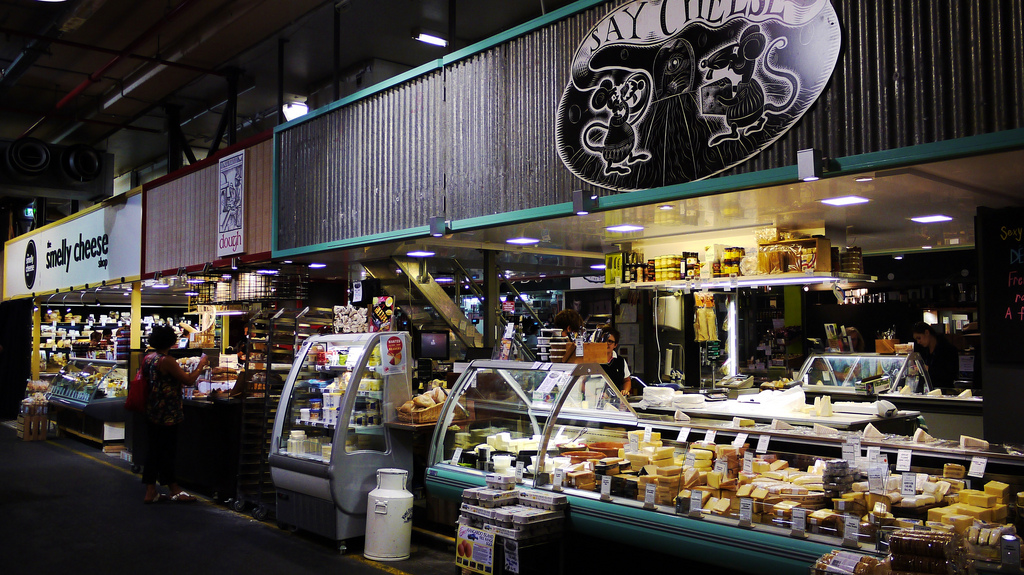 My curiosity is however drawn to a lesser-known cheese, the BellaVitano Raspberry, from Wisconsin. A product in the cheddar range, with a sweet but not overwhelming raspberry flavour, made by the country usually associated with a legendary repulsion towards smelly French cheeses.

After tasting, my opinion is inevitably biased. Knowing that it was coming from the US, I couldn’t think of anything other than “it’s alright”. What would I have thought if I hadn’t known? It is hard to get rid of the pride attached to one’s own country as well as historic rivalries.

Cheese: a way to reconcile with France

At the stall, I find the 3rd issue of Cheese Mag, a new magazine dedicated entirely to cheese, the only of its kind in Australia (1). I pick it up along with a crottin affiné and a vanilla saffron pear then make my way to Dough for a small brioche.

The pear goes perfectly with the crottin, which, still young, has a fresh lemon-flavoured taste. Finally the sweet brioche balances the aromas of this sunny picnic on the edge of the Torrens River. 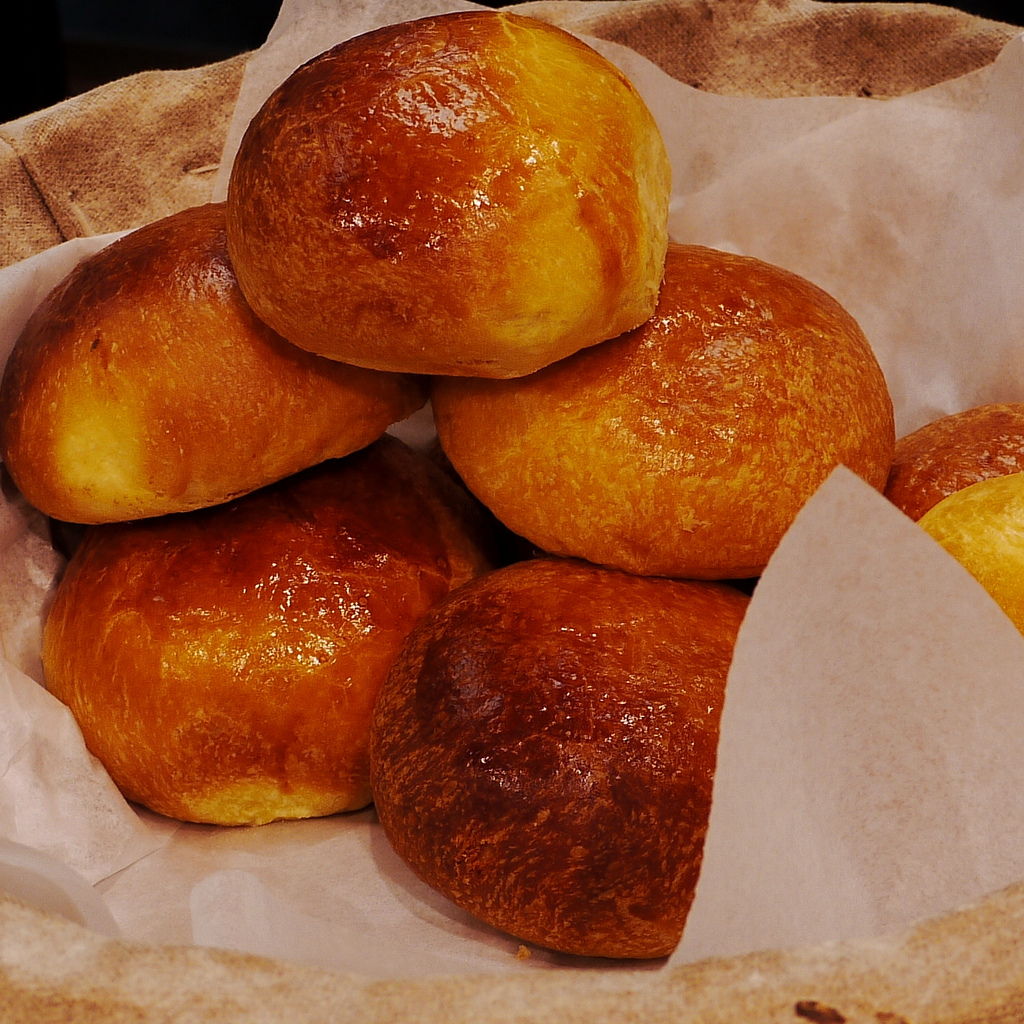 Sometimes, it is abroad that one’s nationality, French in my situation, has significance. In France, I would naturally take it for granted and abroad, at best I make the most of it, at worst I found it cumbersome.

I have always loved cheese; I was practically born with it but had never given it much thought. It is, ironically, in Australia that I have learned about its tastes and subtleties thanks to a bunch of devotees that write about and photograph cheese in every way possible, wander the world to hunt for the best and offer it to Australia, eager for new culinary discoveries.

(1) I remember spending an evening last June celebrating the launch of the magazine in a Melbourne restaurant in company of Australians who knew much more about the cheeses from my own region than me. I sought refuge in champagne.