Getting into new French fiction: ‘The President’s Hat’ by Antoine Laurain 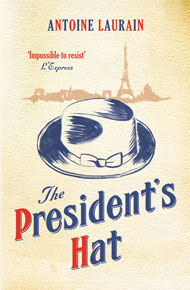 In the second instalment of this new column exploring the best of contemporary French fiction, we doff our cap to ‘The President’s Hat’ (‘Le chapeau de Mitterrand’, Flammarion, 2012). Antoine Laurain’s charming, clever novel was published in English this March.

Isn’t it great when a book lives up to its hype? Lauded in France, where it was published on the eve of the presidential elections, Gallic Books, the English-language publisher, sent smiling girls in hats out into the streets of London. British bookshop chain Waterstones selected it as part of their Book Club, which promises ‘books you will love, or your money back’, and, happily, I will not be returning to my local branch, brandishing my receipt.

Daniel Mercier, a downhearted office bean-counter, decides to dine out and leave his woes behind. Time for seafood and good wine. Who should sit down on the table next to him, but Monsieur le Président himself: François Mitterrand, flanked by two officials. Over the course of his meal, Daniel listens transfixed to the President’s conversation. Mitterrand leaves, and forgets his hat. Impulsively, Daniel takes it.

The hat is a curious deus ex machina. Its sudden entry into the lives of its wearers transforms them for the better. Daniel, emboldened by his new sartorial accessory, speaks his mind and wins a promotion. Then, when he misplaces the hat, in turn, it is picked up by Fanny Marquant. An aspiring writer, she chucks out her no-good lover and inspiration flows from her pen.

The hat then comes to Pierre Aslan, a washed-up master perfumier. The change that overcomes him is more gradual; a touching rediscovery of self-identity. Likewise for Bernard Lavallière, whose sea-change is ideological.  A stuffy, conservative bourgeois, one memorable passage sees him begin to embrace the new, radical art adorning Paris.

“As if we need a great big pyramid in front of the Louvre”, complains a passer-by. “Oh, but we do…”, retorts Bernard.  Confidence, eloquence, creativity, perspective. Just some of the gifts seemingly – and I stress ‘seemingly’ – bestowed by the presidential hat.

Oh, and there’s a pleasingly satisfying twist in the tale that comes in the form of an epilogue… 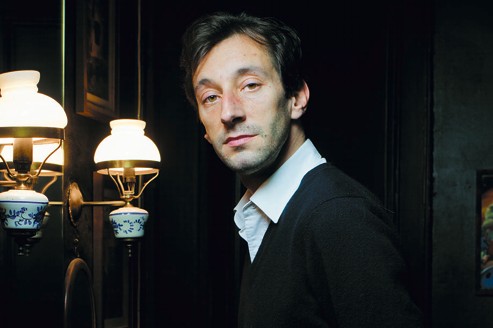 The France of the recent past ‘feels like another age’

French readers loved the book’s humorous, affectionate take on 1980s France. This is a pre-Internet, pre-iPhone, sweetly nostalgic world. And attention, Paris junkies, there’s lots to enjoy, like the brasserie with its “big red awning, oyster bar outside, and waiters in spotless white aprons”2.

There are other riches. The power of an inanimate object to reverse fortunes reminded me of Balzac’s ‘La Peau de Chagrin’ (‘The Magic Skin’). The great novelist is even given a little passing nod. Yet Laurain’s is an “optimistic” novel3.

Daniel is tempted. He eventually has the opportunity to redeem himself. There’s a moral triumph. It’s wonderfully written.

Is the titular homburg imbued with the marvellous? Laurain riffs on Mitterrand’s 1994 New Year’s Eve address: “I believe in the power of the spirit, and I will never leave you.”  The author, for his part, believes in destiny4.

But couldn’t this also be a story about self-determination? Luckily, it’s tantalisingly ambiguous.