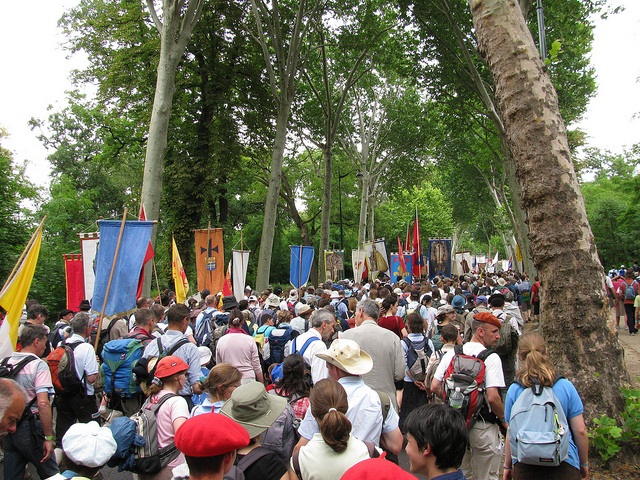 Of the 154 cathedrals erected in France, only eight are found on the UNESCO world heritage list: Chartres, Amiens, Reims, Bourges, Paris, Lyon, Le Havre and Albi. What’s more, it was only after a gruelling selection process that the French structures were added to the list. This index was created following the enacting of the Convention Concerning the Protection of World Cultural and Natural Heritage in 1972.

It’s not by accident that each year in France, thousands of pilgrims and connoisseurs take to the roads to make the pilgrimage in the direction of Chartres. Lesser known than that of Paris or Le Havre, the Cathedral of Chartres nevertheless has many unique attractions. These include its labyrinth, its stained glass windows and even its towers, which can be seen from dozens of kilometres away. 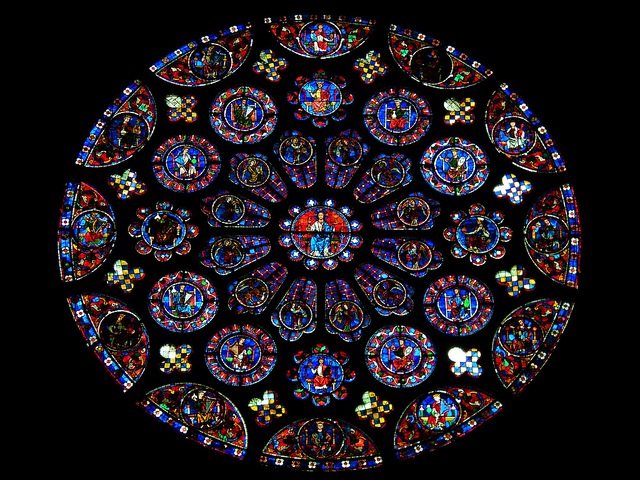 If you were only able to see a single Gothic cathedral in France, it would have to be this one. You’d start by noticing its impressive collection of original stained glass windows, dating from the 12th and 13th centuries, which could cover a surface of close to 2,600m². Perfectly preserved, they display various scenes from the Bible or the life of the cathedral’s numerous benefactors.

Stop for a moment before the rose occidentale, one of the largest of its kind in the world. Next, the nave itself is truly worth the visit. Its ogival (pointed arch) form, revolutionary for the period, would in fact go on to serve as a model for various later constructions as it was the first time that a master builder was capable of equally distributing the weight between the seven pillars. Finally, take the time to stroll around the French cathedral while admiring the numerous statues; all 3500 of them, to be precise…

The mysterious labyrinth of the French cathedral of Chartres 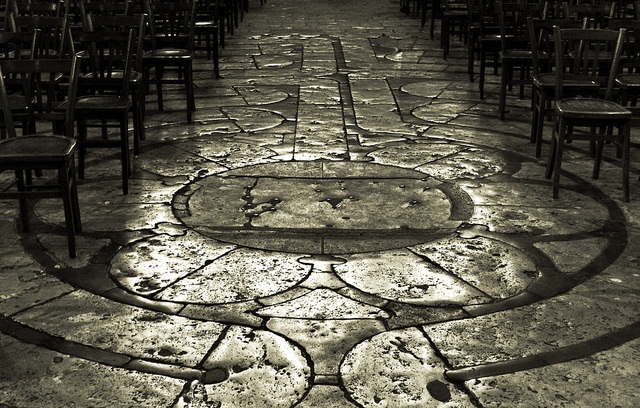 In the middle of the nave, you will come across a curious circle: the labyrinth of the cathedral of Chartres. Made up of 270 stone pieces, the labyrinth has always elicited a certain captivation. Although this type of labyrinth is found in numerous Christian monuments built over the course of the Middle Ages, there are no texts that reveal these labyrinths’ raison d’être. Consequently, the labyrinth has been the subject of diverse explanations.

For some, it is a representation of the Greek myth of the Minotaur, a monster living in a labyrinth to whom the king Minos offered seven young boys and girls every year. For others, the centre of the labyrinth imprisons evil, and even satanic forces. Finally, some still believe that it is simply a representation of the path that leads to Jerusalem. Nevertheless, it’s entirely up to you to make your way through this labyrinth and draw your own conclusions as to its real meaning!

An exceptional location for French pilgrims 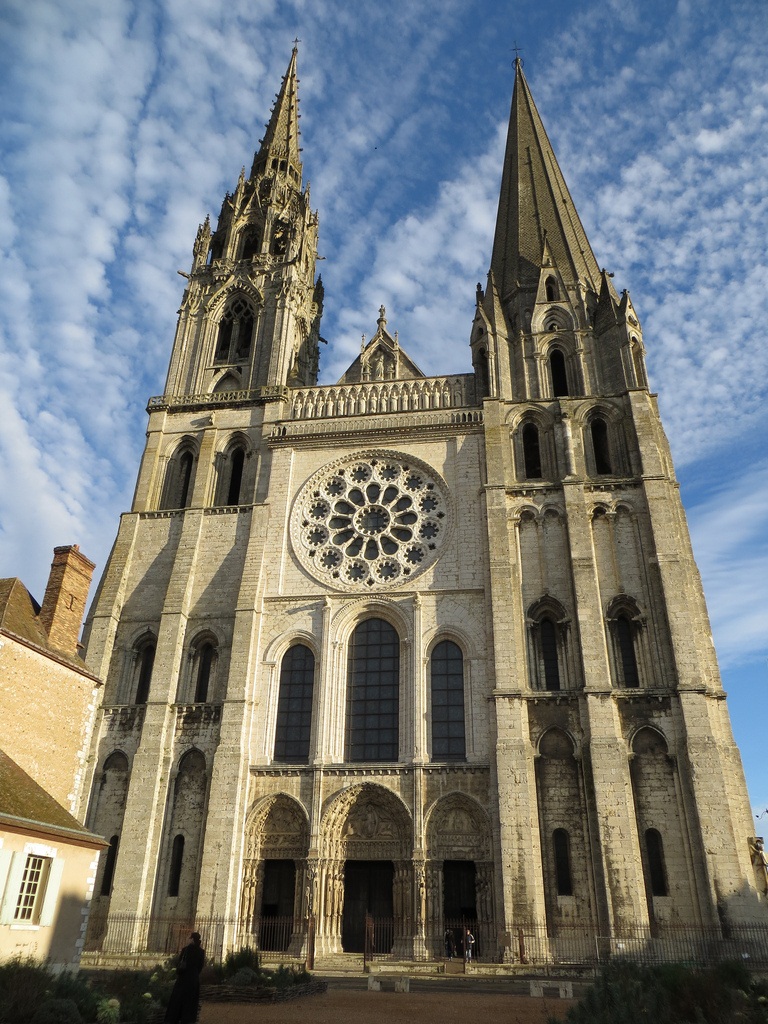 Each year, this French cathedral is the final destination of all kinds of pilgrimages. First of all, the Cathedral of Chartres’ two towers can be seen from dozens of kilometres away, and motivate the pilgrims for the last part of their journey. Next, upon their arrival at the front of the building, the pilgrims descend into the Crypte Saint Fulbert, one of the biggest of its kind in France, before climbing back up and arriving at the heart of the choir.

Finally, undertaking a pilgrimage to Chartres is to follow in the footsteps of the writer Charles Péguy, who, by doing so, honoured a promise made to his sick son. These days, there are pilgrimages for everyone. Those for students and traditionalists are probably the most well-known. The cathedral is also a stage on the route towards Saint-Jacques-de-Compostelle. 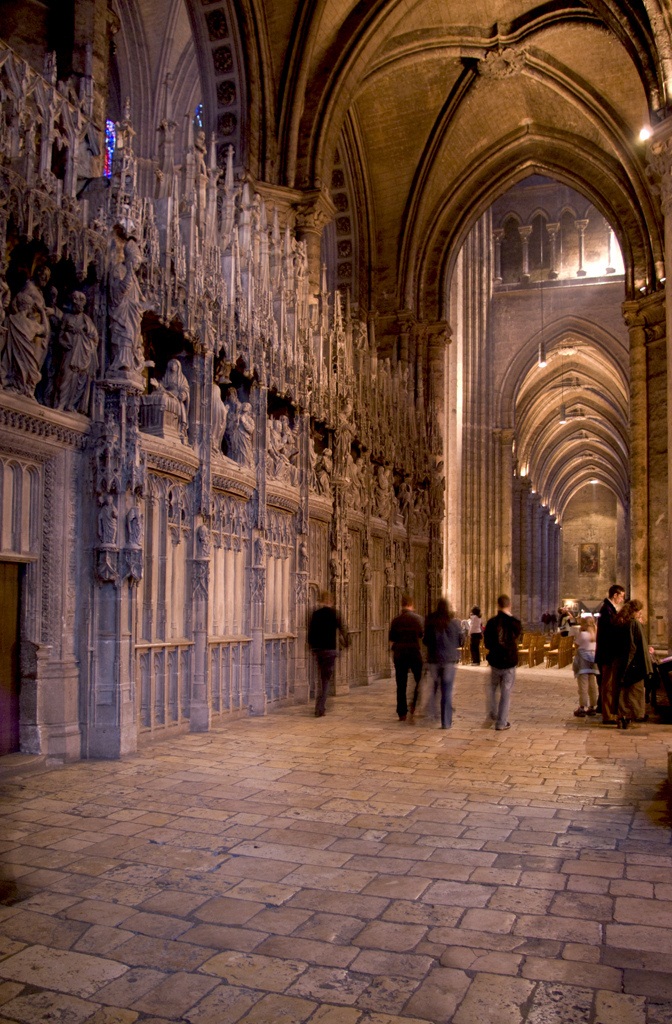 What about you? Have you ever gone on a pilgrimage to France?