Cutting the cheese correctly: a guide to French table manners 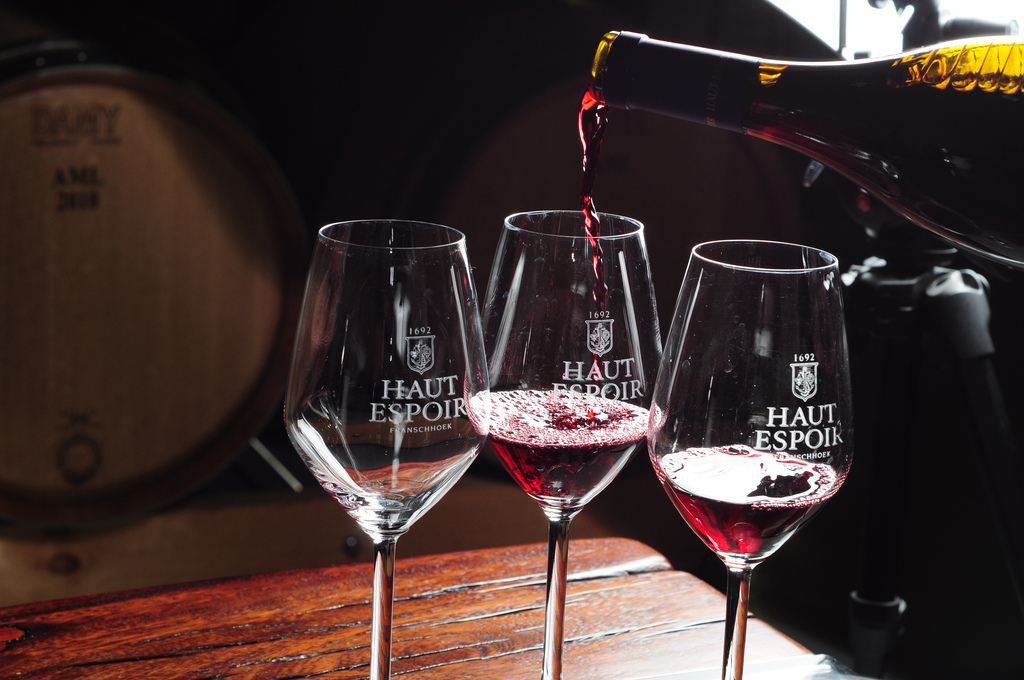 You’ve just been invited over for lunch at a French family’s house. Your mouth immediately starts watering at the thought of homemade pâté, perfect vinaigrette, melt-in-your-mouth stews and impeccable desserts… But then you start to quake at the thought of offending your hosts in some small way.

But there’s no need to fear. The answers to all of your questions are here… as well as some you didn’t even know you had!

The most common hostess gift in France is wine. In fact, if you head into the Paris metro at around 7pm on a Friday night, you’ll see hoards of young men with a bottle of red tucked under their arms.

If you’re worried about choosing a bottle, you could also opt to bring a dessert, a riskier choice as the hostess may already have something planned. Try macarons or other mignardises, which will be welcome to serve with coffee. 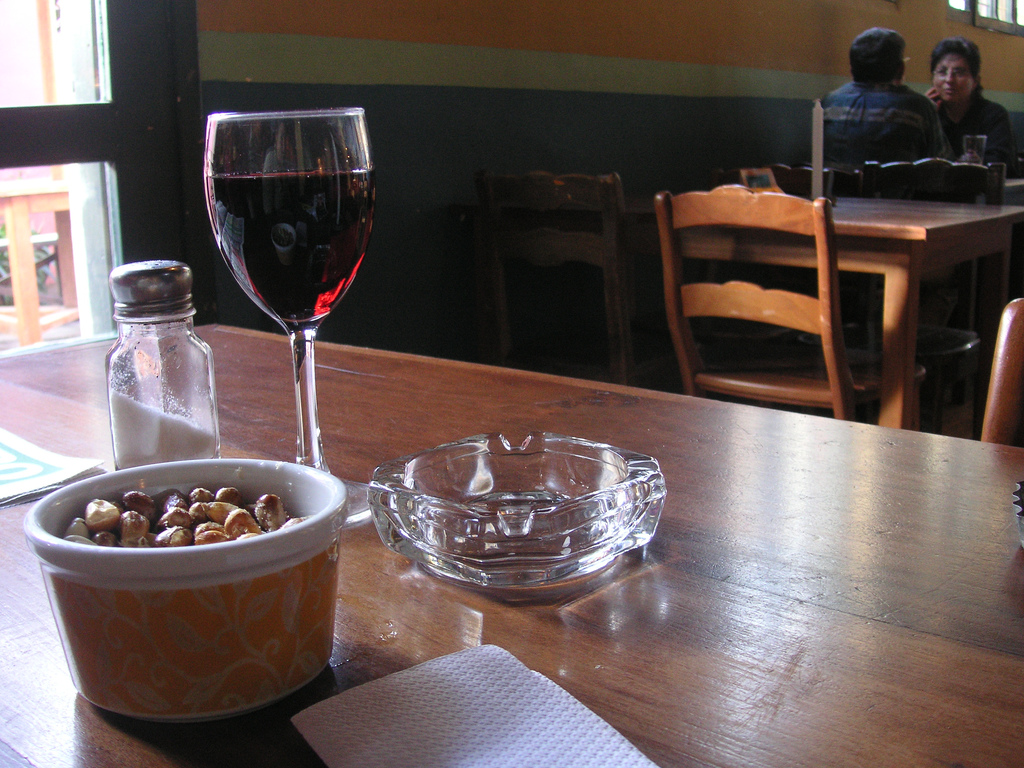 The first part of a traditional French lunch or dinner is an aperitif, or cocktail. Traditional apéritifs include Pastis, often mixed with mint syrup and diluted with water, and kir, white wine with a touch of cassis.

Aside from kir and some sweet whites, wine is not traditionally offered at apéro. Don’t ask for wine unless it’s offered… it will come later!

Once you’ve gotten to the table, you’ll come face-to-face with perhaps the most difficult thing for Anglo-Saxons to manage: in France, your arms should always remain on the table… but that doesn’t mean you should be leaning on your elbows! Rest your forearms on the table when you’re not eating; folding your hands in your lap is considered rude.

This brings us to your cutlery. In the States, politeness dictates that after the meat is cut with the right hand, the knife is put down to make way for the fork. In France, keep your knife in your right hand and your fork in the left at all times. There should be no real reason to have empty hands during a course… unless, of course, you need to gesticulate! 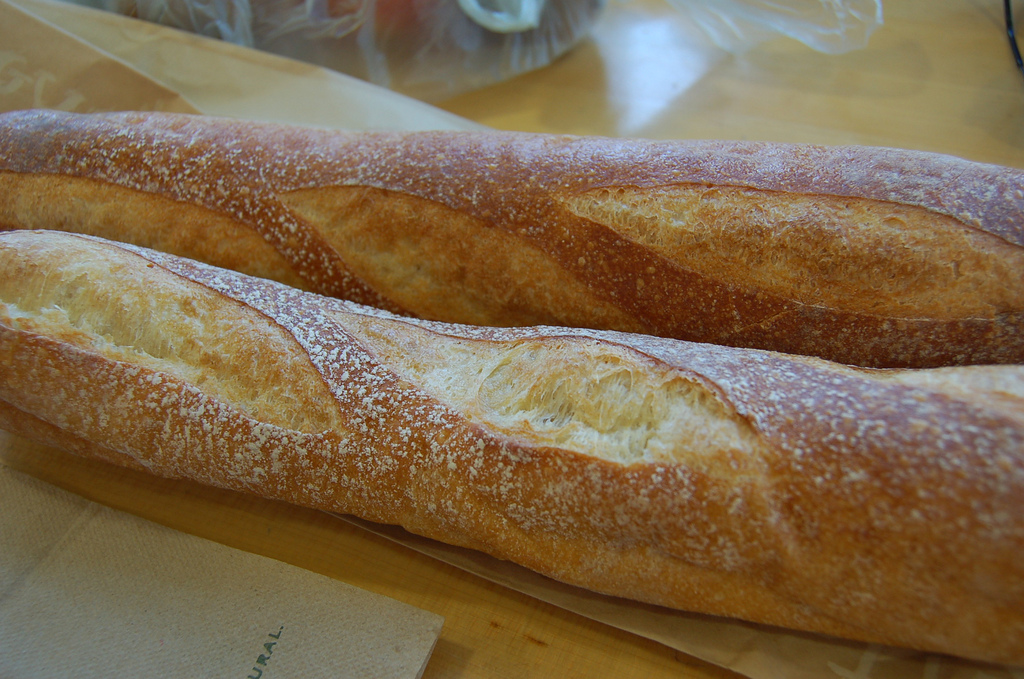 Bread in France is served with the meal, not before. A whole baguette (or several!) is often placed on the table. If possible, slice bread from the loaf rather than ripping it. You can wipe your knife on bread that you already have, to clean it off before slicing into the common loaf. If, however, you have no bread and a dirty knife, ripping a piece is acceptable.

However you acquire your bread, do not place it on the plate, but rather on the table. 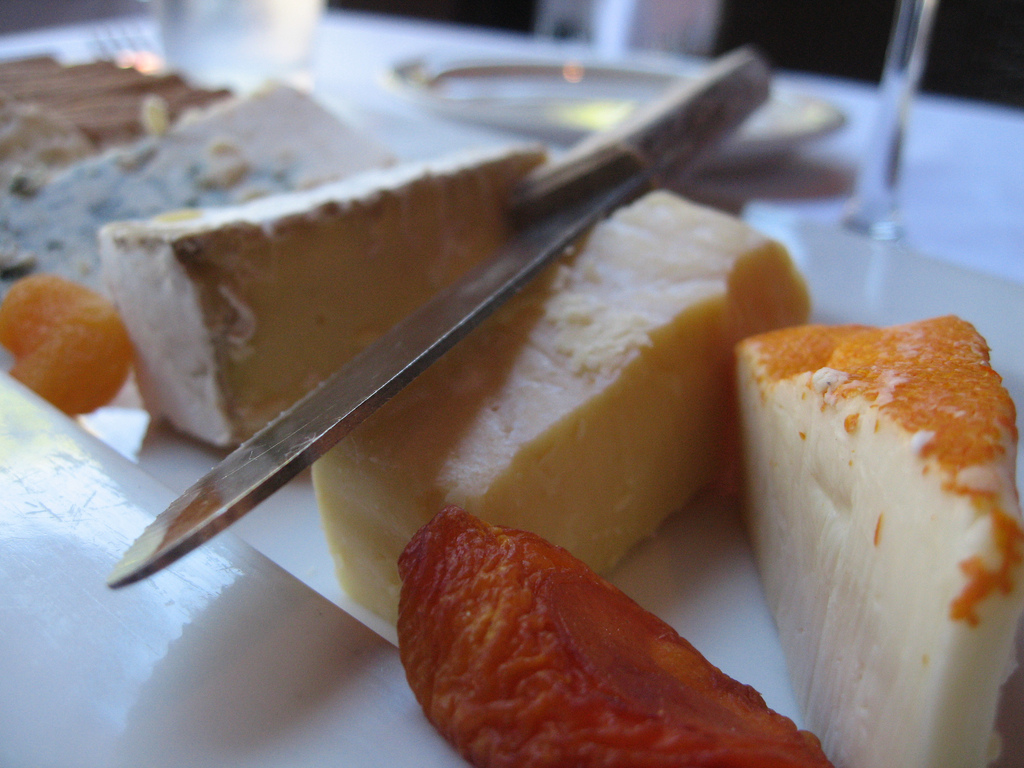 As the cheese plate is passed around, bear a few things in mind:

Take cues from your host; rules may vary depending on the family. And, of course, remember to enjoy yourself! Bon appétit!