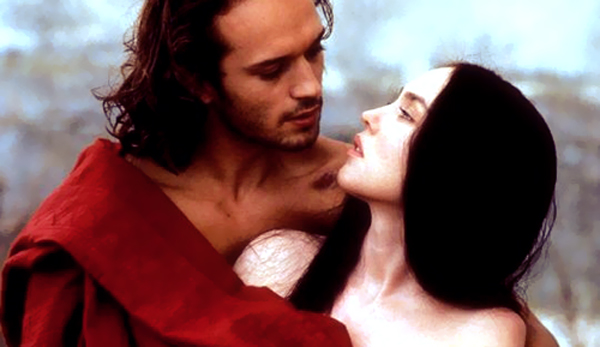 Welcome to French Film Friday! French cinema gives us a glimpse into the intricacies and intimacies of life in France and abroad. To start off the weekend here’s a selection of French films to help you escape the workweek and revel in all things French.

French actress Isabelle Adjani is a rare, shimmering star. She is as triumphantly vulnerable as she’s formidable. Adjani brings a certain intensity to her performances, making her unique amongst other actors.

Born in Paris, she is the daughter of a German mother and Algerian father. Her talent, combined with her breathtaking beauty, has seen Adjani grace the screen in 30 films since her career began at age 15. She is the winner of multiple awards, including five César Awards for Best Actress. Here is a selection of films in which she features as figures in French history:

‘L’Histoire d’Adèle H.’, directed by François Truffaut, follows the tragic story of Adèle Hugo, the youngest daughter of French author Victor Hugo. The film is a tale of unrequited love based on Adèle’s diaries. Her obsession with British military officer Lieutenant Pinson (Bruce Robinson) sees her follow him across seas in an attempt to reignite their former relationship.

As her advances are rejected by Pinson, she becomes increasingly determined to win his affections. Adèle’s delusions intensify as she convinces herself – and those around her – that she is to be Pinson’s wife. Adjani’s wide-eyed innocence gives way to utter bewilderment as she descends into madness.

Set in the 1880s, ‘Camille Claudel’ portrays the life of the famous French sculptor. The film, which won César awards for Best Film and Best Actress, documents Claudel’s career as a young artist under the instruction of Auguste Rodin, played by Gerard Depardieu. The two embark on a tempestuous romantic affair that crumbles when Rodin falls for another woman.

A talented sculptor who rivals Rodin’s talent, Claudel struggles for recognition as a female artist of her time. Adjani assumes the role of thwarted lover once again, and convincingly captures the passion and folly that consumes Claudel.

Based on the novel by Alexandre Dumas, ‘La Reine Margot’ is a visual treat, with dramatic costumes and sixteenth-century Paris as a backdrop. Saint Bartholomew’s Day 1572: the streets of Paris are awash with Protestant blood. Under the influence of the villainous and strictly Catholic Catherine de Medici, her daughter Margot is married to Henri de Bourbon, a Huguenot. Margot is a mere puppet in her mother’s plans to see her son, the Duke d’Anjou, on the throne.

Amongst all the slaughter is a love story. Margot has a passionate affair with French soldier La Mole, played by the devastatingly good-looking Vincent Perez. Full of murder, intrigue and duplicities, ‘La Reine Margot’ is most deserving of its five César Awards.

Image credits:
1. Adjani in ‘La Reine Margot’ via I Capture the Period Pieces