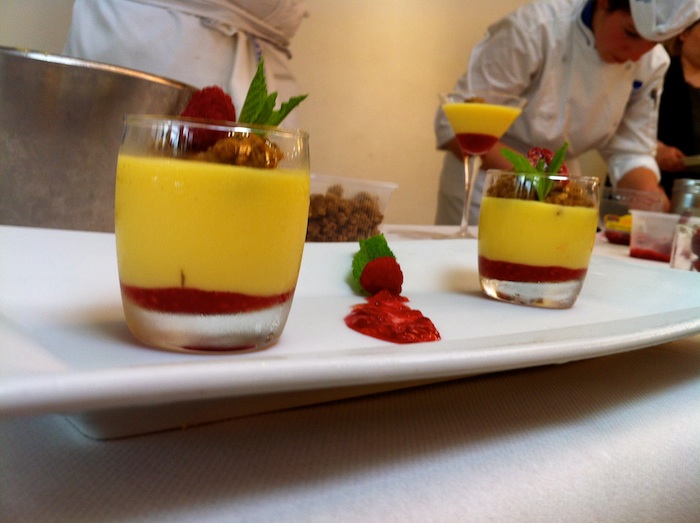 We were seeking some French-flavoured dessert inspiration. And who better to learn from than a chef from the world-renowned Cordon Bleu cooking school in Paris?

A few dozen of us crammed through the door, rushing to get the best seat possible. Chef Frank Poupard was going to show us how to prepare a raspberry dessert… as part of our French language course! 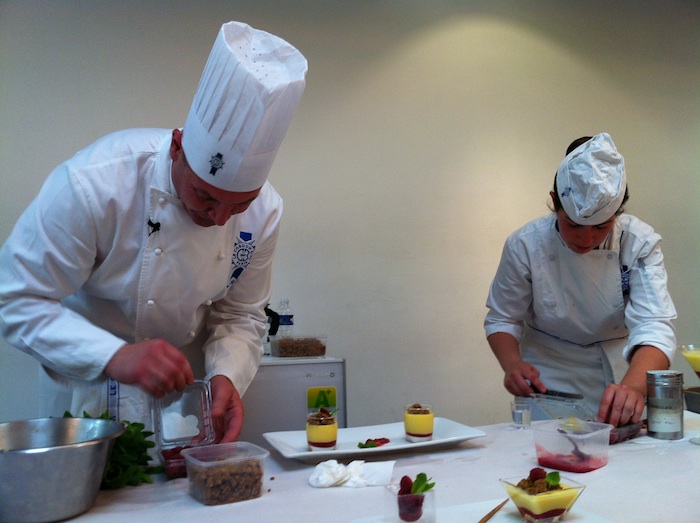 On the menu du jour was a verrine passion framboise, a raspberry and passionfruit dessert served in a glass. Leaning forward in their seats, the students whipped out their pens and notebooks.

Chef Poupard – wearing a six-foot-tall hat – tossed a handful of raspberries into a silver bowl.

He seized a fork from the table, held it up in the air and bent it in two. The students gasped.

“Mais c’est pas grave!” he said, grinning as he looked up at them. “A fork is the perfect tool to squish raspberries.”

He grabbed the head of the fork, and straightened it again with the tips of his fingers. “Exactement comme avant!” he said reassuringly. “However, I don’t suggest you do that with your grandmother’s silver. Trust me – I’ve made that mistake!”

Another pearl of culinary wisdom: the students took note. 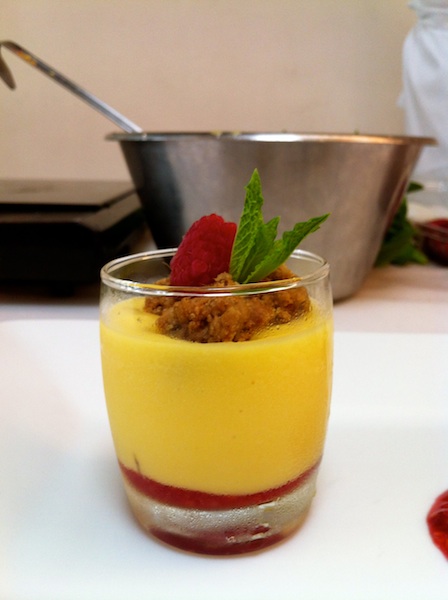 “What do you cook at home?” he asked as he placed the fork back on the table. One student raised her hand. “J’achète chez Picard,” she said proudly. A burst of laughter filled the room – Picard is the go-to place for pre-prepared and frozen foods. Chez Picard, there is no cooking involved.

“Oh mon Dieu!” sighed Chef Poupard, smacking his hand to his forehead. “We would never be friends.”

“Bravo! Now that is what I call French cuisine.”

He laced his fingers behind his back and lifted his arms, stretching in readiness for the demonstration. Then the magic began.

Students took note of the chef’s every move. They flipped their notebook pages furiously, making sure they didn’t leave out any important information. 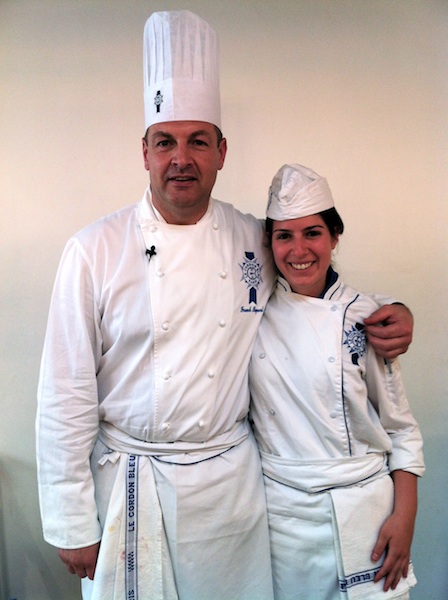 At last it was time to taste the final result.

Since it takes the dessert a few minutes to chill, Chef Poupard had pre-prepared sample verrines for us to taste. Harmonised ouhs and ahhs filled the room as he emerged with a tray of the mini raspberry desserts and handed a small glass of his chef-d’œuvre to each of us.

What is your favourite thing to cook at home?