Getting into new French fiction: ‘The Character of Rain’ by Amélie Nothomb

Amélie Nothomb enjoys a devoted following among Francophone readers. Sadly, Anglophones have been slower to feel the love¹. We review ‘The Character of Rain’, the first part of Nothomb’s fictionalised autobiography, published in English in 2002 (Faber and Faber).

Confession: I wasn’t intending to write about this book. This month I’ve mostly been reading thrillers. One was a rollercoaster French page-turner – watch this space. The other was the new Dan Brown: no, I’m not ashamed to admit it!

Now for something completely different…

Nothomb is a slippery writer; an acquired taste – and perhaps one of the most interesting writers you ever read. As one of Francophonie’s most high profile authors, I’ve always wanted her to make an appearance in this column.

Amélie is known for her tone: ‘wry, assured, teasing and with undertones of an arrogance verging on megalomania’.² All of which makes ‘The Character of Rain’ – like many of her books – a slow-burning, satisfying read.

Diary of a Young Expat 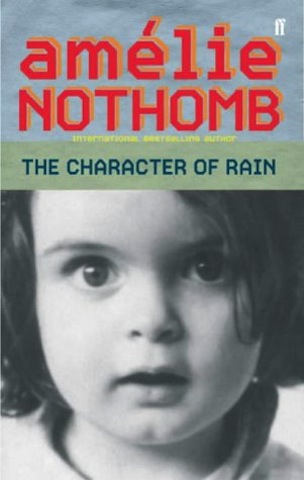 Born into a Belgian expat family, this is a memoir of the author’s first three years growing up in Japan.

Health warning: some readers are put off by the opening chapters. They describe a young child lying in a vegetative state, utterly unresponsive to the efforts of everyone to engage with her.

She exists like a ‘tube’ (hence the French title, ‘Metaphysics of tubes’). It’s Nothomb at her most literary – and opaque. Then she has her first taste of chocolate. The narrative explodes into the first person. The child is now a sentient being.

Diaphanous in plot, the novel is a string of observations and episodes that trace the child’s psychological development. Through the toddler’s eyes, Nothomb imbues the everyday activities of the household with wonder and eccentricity.

The domestic and mundane is brilliantly defamiliarised. For example, the household vacuum cleaner is perceived as an ‘animal’. To get to know this creature, infant Amélie crouches down so as to be respectfully on the same level as her interlocutor (after all, that’s what everyone else does when they talk to her). Language acquisition becomes a ritual similar to Adam’s act of naming in ‘Paradise Lost’, reinforcing the idea that this is an innocent, prelapsarian world. 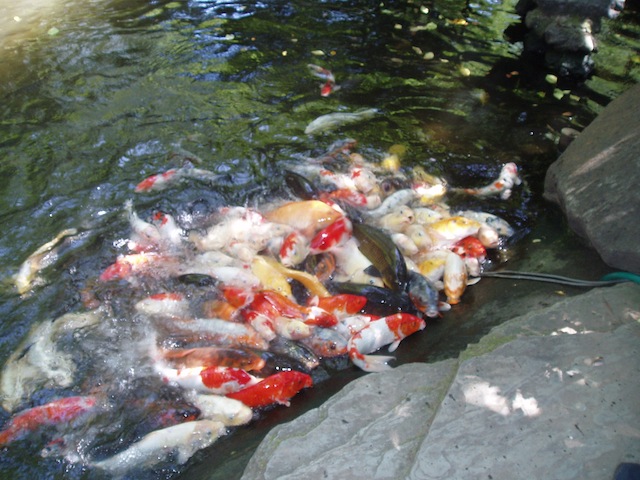 Worshipped by her nanny Nishima-san, the child realizes that governess Kashima-san is not a believer. Trouble is brewing in paradise.

The author’s negotiation of her Belgian nationality with her Japanese identity makes for some of the most pleasurable parts of the book. Her discovery of the importance of carp and koi in Japanese culture and watching her white, Belgian father performing Noh, classical Japanese musical drama, stand out. There’s a comic episode revolving around her father falling into an open sewer (however non-comic that sounds!) seen from a child’s wild logic.

This slim novel actually offers a lot of comedy, subtle and immensely enjoyable. But it’s only one facet of this book. The seemingly limpid writing is full of shrewdly observed paradoxes, neat aphorisms, philosophical musings, and little twists of logic.

With Nothomb, there’s an insidious, sadist element at work too. Violence and death are never far away. Nishio-san, the child’s beloved nanny, relates stories of gruesome deaths in the Second World War. The malignity that radiates from Kashima-san – a member of the old Japanese aristocracy, prejudiced against all Westerners – builds. The child-god cannot retain her impunity forever.

Have you read ‘The Character of Rain’?

You can continue the autobiographical journey with ‘A Life of Hunger’ (2005, Faber and Faber).

References:
1. ‘Too spiky for British readers?’, Alison Flood, The Guardian, 11/09/2008.
2. ‘Memoir of a Megalomaniac‘, Christina Patterson, The Independent, 14/07/2006.
Image credits:
1. The Character of Rain, by Amélie Nothomb, via Dovegreyreader Scribbles.
2. Amélie Nothomb, via Wikipedia.
3. Japanese koi, courtesy of Kate Wilkins.