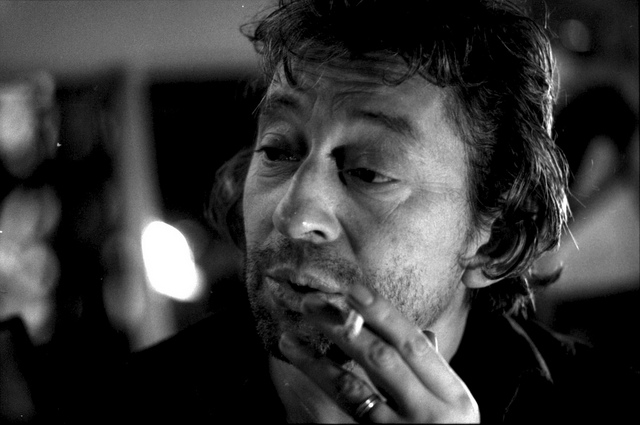 Welcome to French Film Friday! Escape the stresses of the work week and immerse yourself in French films. France is a country known for its appreciation of the arts. This of course extends to the realm of music. This week, peel back the façade and learn about the people behind some of France’s most popular songs.

Music: many say they can’t live without it. It moves us, speaks to us and recounts personal histories. Through music we are able to relate to and connect with others. France has produced many musical talents.

There is a certain fascination with the histories of artists and entertainers. The lives of two of France’s most iconic musicians have been captured and retold on film. Edith Piaf and Serge Gainsbourg gained fame in different eras. Yet both have left their mark as musicians in France and internationally.

The lives of the people behind the music are depicted in two recent biopics ‘La Vie en Rose’ and ‘Gainsbourg: A Heroic Life.’

The voice of Edith Piaf is so distinct it’s impossible to mistake it for another. Her rolling ‘r’ and passion are present in all her songs. ‘La Vie en Rose’ directed by Olivier Dahan depicts the life of Piaf.

The audience meets Piaf (Marion Cotillard) on her deathbed, who at 47 is ailing and frail. Her life is recounted in flashbacks. Beginning with her impoverished childhood busking on the streets of Paris to her rise to fame. Her successful music career is shadowed by heartbreak and a debilitating morphine addiction.

Marion Cotillard morphs her otherwise statuesque frame into the sparrow-like posture of Piaf. Cotillard is almost unrecognisable in the role. The French actress gained international attention and was praised greatly. She won a Best Actress César and an Academy Award for her performance. The film won five Césars in total.

Serge Gainsbourg is as well-known for the way he smokes a cigarette as he is for his music. His image is iconic. It’s often accompanied with an attractive woman. A songwriter, poet, composer and singer, Gainsbourg is a significant figure in French popular music.

The film ‘Gainsbourg’ reveals the man behind the scandalous music. Born Lucien Ginsburg, Gainsbourg reinvents himself from the young Jewish boy growing up in Nazi occupied Paris.

Actor Eric Elmosnino embodies the man who is haunted by his past. A strange puppet-like creation stalks Gainsbourg through his life. The film also documents his relationships with beautiful women including Brigitte Bardot (Laetitia Casta) and Jane Birkin (Lucy Gordon).

This French film is fascinating and original in its depiction of Gainsbourg’s life.

Have you seen any other French biopics? Which was your favourite?