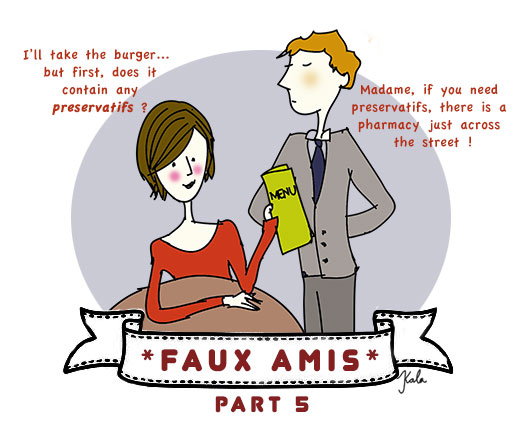 Welcome to part five of our Faux Amis series. Which ones do you know, and which have left you trying to explain before?

We hope this will be useful to any French speakers – beginner or more advanced. Bon courage!

And, of course, the most famous one : a preserve in French is un conservateur,  not a préservatif – that means a condom!

Tutor in English becomes professeur in French.  A tuteur is somebody who acts as a guardian for an individual or it can be a stake for holding up a plant.

The English word dent is une bosse in French (which also means a lump), whereas une dent is a tooth.

Do you know any other faux amis? Share them in the comments box below, or tweet us @maviefrancaise!