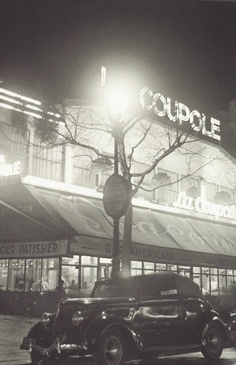 t was a chilly evening in Paris, but inside La Coupole on 10 October, the warmth and cheerful welcome were anything but autumnal.

That night, the prestigious restaurant played host to the 130th anniversary celebrations of the creation of the Alliance française Paris Île-de-France.

After being introduced by representative Asif Massih to Director of the AFPIF, Mrs Pascale de Schuyter-Hualpa, I was treated with champagne and delicious canapés. Guests were quickly arriving; exchanging handshakes and name cards, discovering the tables to which they had been assigned. Each table of ten had been named after the founding members of the establishment.

I was taking pictures of the event when I recognized a familiar face: Bruno Duparc, the former director of the Alliance française in Kuala Lumpur, where I had lived in the years 2000s. His next postings had been Lyon and Canberra and he is now in charge of Alliance française Rouen.

He was chatting with Yves Mahé, Deputy Director of International and European relations for the CNED (the national distance learning centre depending on the French Ministry of Education – they cover the entire French curriculum and also have classes of French as a foreign language). I joined their conversation and did what everyone seemed to be doing: catching up, sharing experiences, praising the celebration.

When the guest of honor arrived – author Marc Levy – it was time to be seated. The opening speech by the President of the Alliance M. Goéry Delacôte reminded us of  the historical and cultural context of July 1883 when the Alliance française was created, and the relevance of celebrating its 130th anniversary in the restaurant La Coupole, once frequented by Giacometti, Jean Marais, Jean-Paul Sartre, to name a few.

I had figured that most guests were teachers, administrators, sponsors, ambassadors or partners (Ville de Paris, TV5 Monde) closely linked to the worldwide network of Alliances française chapters, but the dinner guests of my table proved the scope was wider and more eclectic.

Among them were spokespersons for the Chamber of Commerce, computer analysts, directors of Language Centers, an event manager and a banker. It was extremely interesting to hear their stories and find out, despite our diverse backgrounds, we all had in common at least one thing: promoting, sharing and keeping alive everything French, through language and culture.

Finally, just before dessert (chocolate mousse) and after foie gras and fish, Marc Levy was introduced by Director Pascale de Schuyter-Hualpa, before he answered a few questions. I especially remember one of his answers, as it touches all of us who strive to learn another language or live abroad, and sometimes question our ability to live in a bilingual sphere.

He assured us that even though he had been living in New York for 15 years, he continues to live, speak and dream in French. “Je vis, je parle, je rêve en français.”

Each guest was glad to hear this hopeful and appropriate remark: the perfect conclusion to a fine celebration.

What do you think are the biggest challenges of living bilingually? Share your experiences in the comments below.