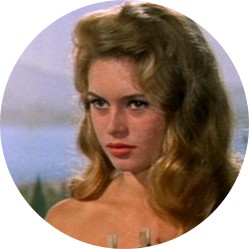 The French have always held a very respectable reputation for producing high-quality film.

Jean-Luc Godard revolutionized filmmaking with the likes of ‘Breathless’ in 1960, while today countless new producers and directors are continually taking French filmmaking to a whole other level.

But regardless of the new era, I continually find myself perusing my film collection for a taste of yesteryear; of bright Cinemascope colours, dreamy backdrops and breathtakingly beautiful starlets.

So it seemed perfectly fitting that I re-visit Roger Vadim’s seductive cinematic masterpiece, ‘And God Created Woman’, a French drama film released to a slightly stunned audience in 1956.

Sun, Sea and Seduction in France

The leading blonde starlet needs no introduction. Brigitte Bardot plays Juliette, a young, free-spirited woman who traipses around the gorgeous seaside town of St Tropez breaking hearts and landing herself in trouble due to her reckless bohemian ways.

Suitor number one is Eric, (Curd Jurgens) a wealthy, older gentleman who plans to buy a shipyard and build a casino on the Riviera. He is captivated by Juliette and is seemingly biding his time before he moves in to seduce her.

Juliette holds affection for Antoine, (Christian Marquand) the eldest son of a family who own the shipyard by the sea. He offers to take her away to Toulon, but Juliette discovers his intentions are not honourable when she overhears him talking unfavourably of her at a town dance. 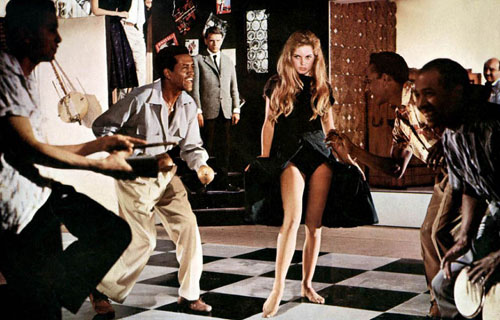 Michael, (Jean-Louis Trintignand) Antoine’s younger brother, proposes marriage to Juliette, not only because he loves her, but as a way of keeping her from leaving town. Juliette accepts, and ruefully marries Michael while still hopelessly in love with Antoine.

When Antoine is contracted to work back home for good, trouble promptly begins  for the newlyweds. In an effort to tame Juliette’s wild, carefree ways, husband Michael must endure mambo dancing, beatings and continual backlash from the town citizens.  As the battle for her love plays out, all the men in Juliette’s life are forced to reflect on what she really means to them. 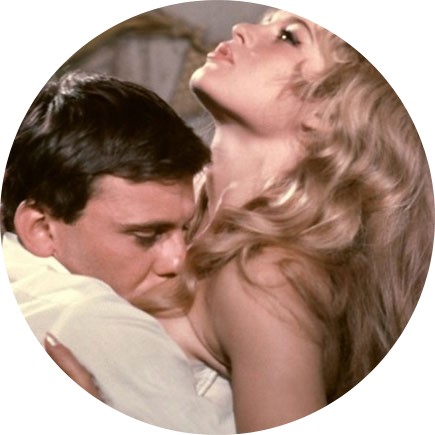 Although the film was a massive success that catapulted Bardot into instant stardom, Vadim received criticism for the non-descript plot, racy sexual content and general ‘fluffiness’ of ‘And God Created Woman’.

However, there is simply no denying that this film opened the doors to promiscuity, flirtation and sexual desire within French cinema, all due to its breathtakingly beautiful star, Brigitte Bardot. She went on to be recognised as one of the world’s most desirable women; the sex-kitten of French cinema.

Did you know? Roger Vadim and Brigitte Bardot were married at the time of filming ‘And God Created Woman’.

Have you seen ‘And God Created Woman’? What do you think: is it unnecessarily racy, or a groundbreaking moment in French cinema? What’s your favourite French film? Share your thoughts in the comments box below or on Twitter via @MaVieFrancaise.