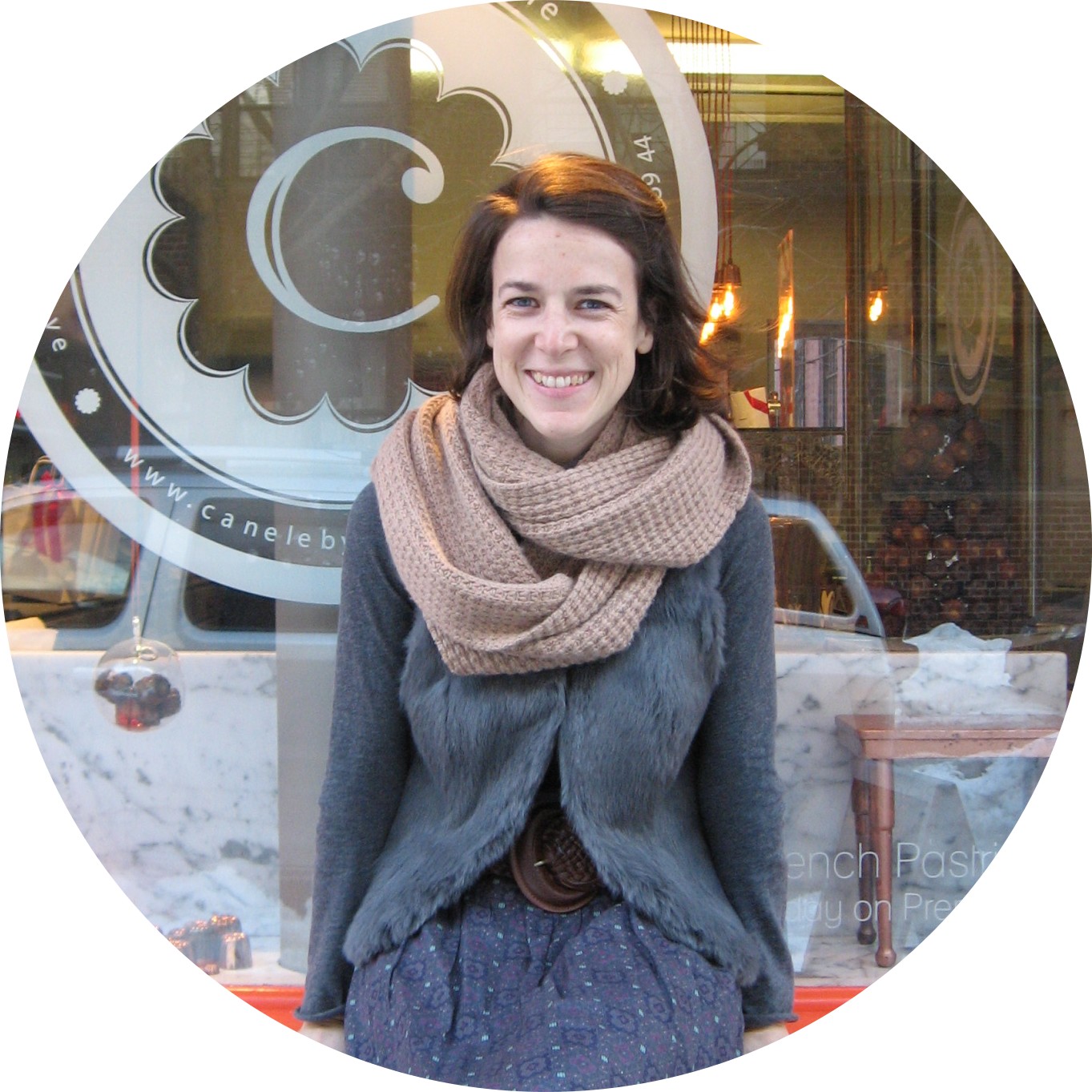 Have you ever heard of canelés, the caramel-colored French confections baked in small, fluted molds?

Their name may come from the French word cannelure, meaning ‘striation’.

They’re a bite-sized delight made from a crêpe or custard batter and are a specialty of the Bordeaux region. If made well, canelés (also spelled cannelés) will be both crispy and chewy.

A French woman’s devotion to canelés

“A good canelé should have these two textures,” says Céline Legros.

Legros, a Parisian who began making canelés when she was a teenager, has just opened a small shop in New York City: Canelé by Céline. Although canelés can be found in a few places around the city, Legros’ shop may be the only one devoted to this particular cake. She makes over 500 a day. 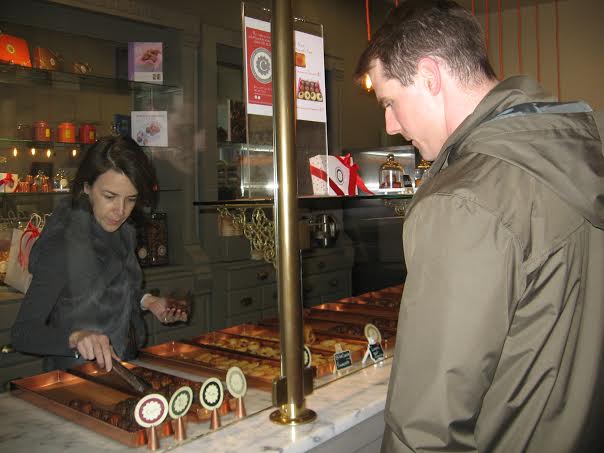 “The hardest process is really the baking,” Legros says (something the French are renowned for). She instructs that you must make sure to caramelize rather than burn the French canelés; to turn them out gooey rather than dry.

Legros’ own twist on this French delight 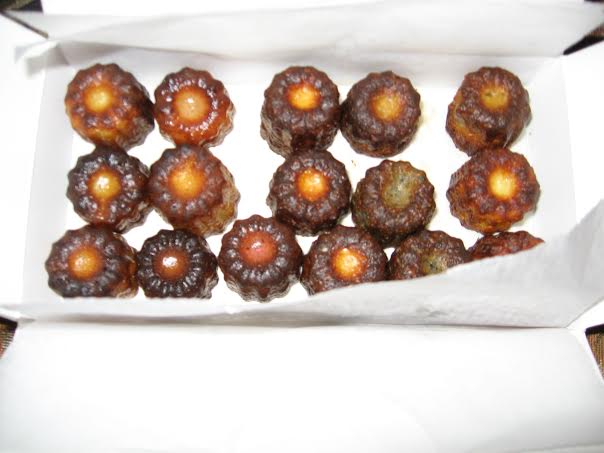 Legros makes her canelés ‘light’, using less sugar and reduced-fat milk. Her mini-canelés are about 25 calories each.

Legros confesses she’s not a purist and has created not only sweet but savory varieties. She sells them as both dessert and cocktail party snacks. She stocks nearly two-dozen kinds, including black truffle, pesto, chorizo, and cheese along with chocolate, vanilla, rum, pistachio, salted caramel, raspberry, lemon, and orange.

Legros, whose family has roots in southwestern France, moved to New York years ago to study and practice law. By chance, Michelin-starred French chef Jean-Georges Vongerichten tasted her canelés. He encouraged her to go into baking, predicting that there would be a niche market for a new French pastry.

Beginning a French bakery business in the Big Apple 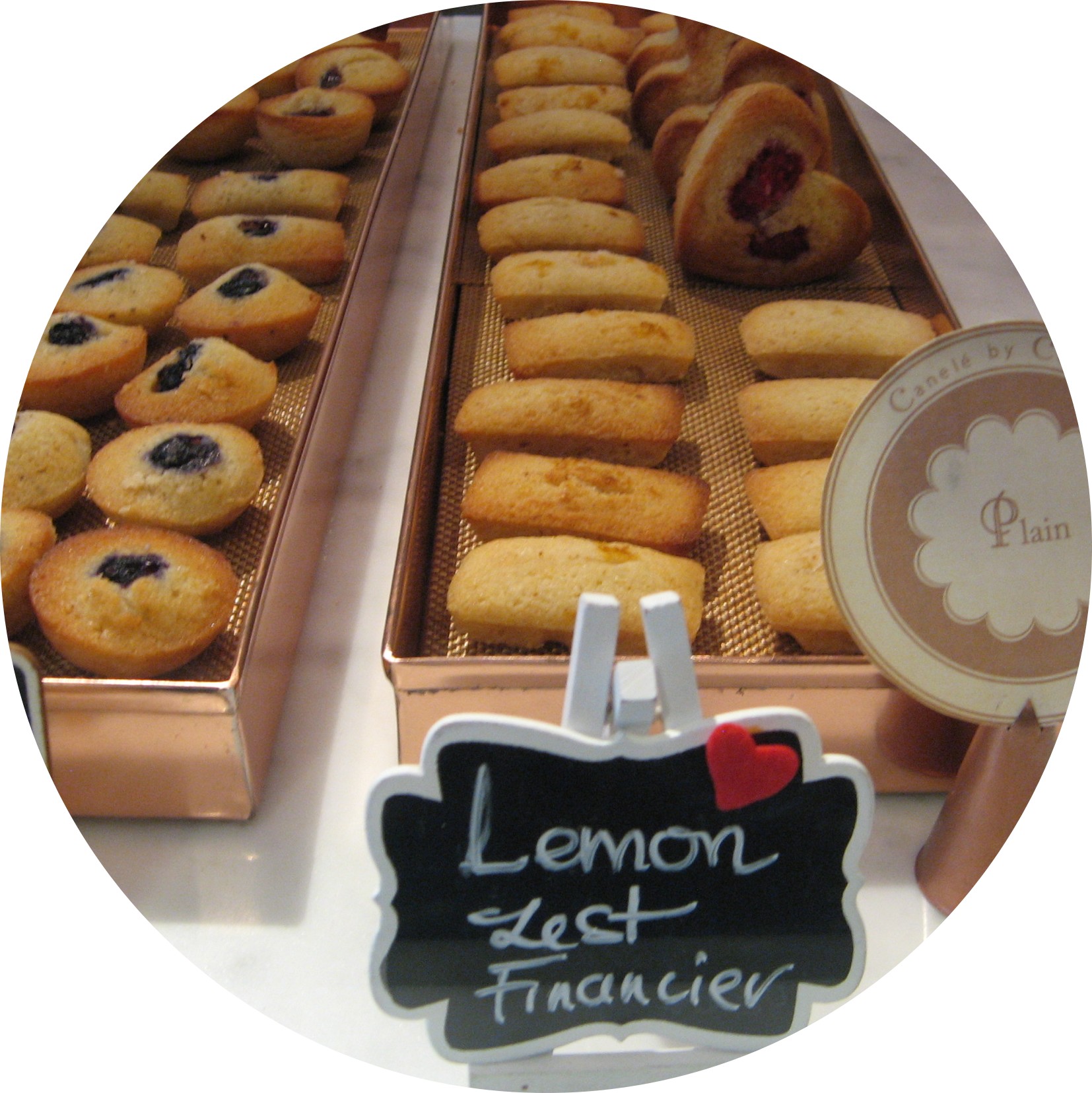 At first, Legros began modestly, working in an industrial kitchen, selling her canelés to corporate clients and online. In 2010, she won the French-American Chamber of Commerce Entrepreneur of the Year Award.

When a small boutique, a former chocolate shop on the Upper East Side became available, she moved in after enlisting the support of several investors.

Legros says having her own place makes it possible to keep the cakes fresh. She also bakes financiers, small, buttery French cakes that, as the story goes, were invented at Pâtisserie Lasne near the Paris Stock Exchange.

And what about you: what’s your favorite French cake? Are you dying to try a canelé now?! Share your thoughts and comments below, we’d love to hear from you!