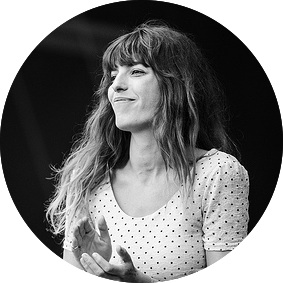 What first attracted me to Lou Doillon’s story was her very famous French family.

This French singer’s mom is Fashion Icon Jane Birkin – yes that’s right, the muse behind the most recognized logo-free bag in the world: the Hermès Birkin bag. Her father is film director Jacques Doillon and she is half-sister with famous actress Charlotte Gainsbourg.

When I gug a little deeper, however, I found that there’s much more to Lou Doillon than her famous family. Something you may not know about Lou is that she has a son named Marlowe, whom she had when she was just 19.

She was also secretly playing guitar and writing songs for many years before deciding to release her first album.

She was already an established model and actress and was very skeptical about starting a music career. In fact, she never really wanted to be heard; she wrote songs as a form of relaxation. 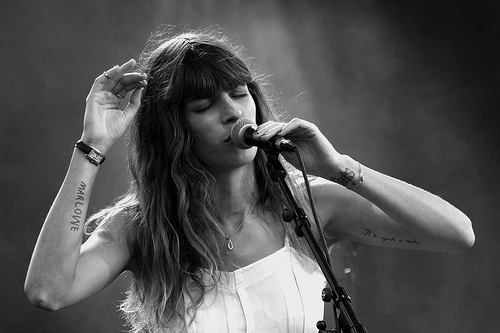 “There’s a real risk with music;” she explained to Emma Brown of Interview magazine, “as an actress, you can always hide behind the fact that you didn’t write the script or the dialogue, or that the director wasn’t that good. There’s something slightly disturbing about how intimate the music is.”

So who made her changer d’idée, you ask? It was French songwriter and record producer Étienne Daho, who discovered her music thanks to Lou’s mother.

She was recognized by her peers in 2013 and won best female artist at Les Victoires de la Musique (the equivalent of the French Grammy’s). 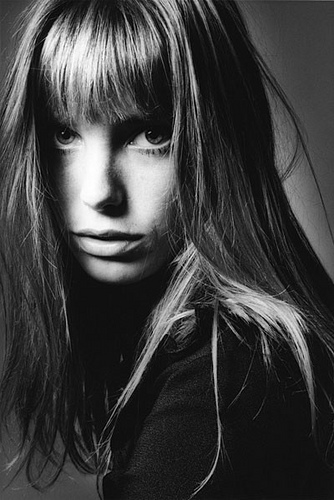 Although Lou is French, she writes all of her music in English. Her mother used to speak to her in English and it became their own private language. All of her own intimate world has been in English: her dreams, her diary, her friends, the man she dates. She never forced herself to write in French because for her, le processus “is something absolutely honest and really naked and bare.”

She’s not the only French Singer to perform en anglais. The lyrics of Daft Punk, M83 David Guetta – just to name a few – are all written in English. Most of them make that decision gain international recognition in the music scene.

Bare or nothing at all 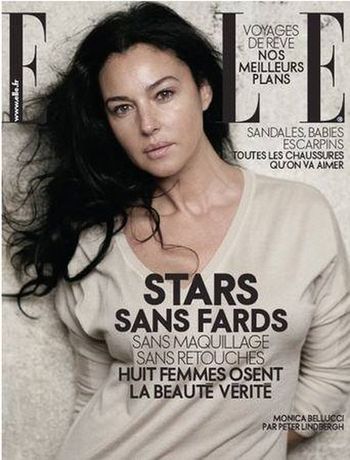 Being bare is something really important for Lou. “I go onstage without make-up, without my hair being done, and it’s bare. Everything is bare, every interview is bare and I like it that way,” she told Kim Taylor-Bennett of Vice magazine. The ‘I.C.U’ video was made with deliberately blurred shots so it would force people to listen to the song.

Being bare is a trend that is currently growing in the fashion and music industry. In 2009, the French Elle magazine published a whole issue ‘sans fard’ (with no make-up).

However, this is a very rare example, while everything else continues to be Photoshopped.

Do you think it should be this way? What do think about artists being more ‘honest’? Share your thoughts in the comment box below.