7 French champagne houses everybody ought to know 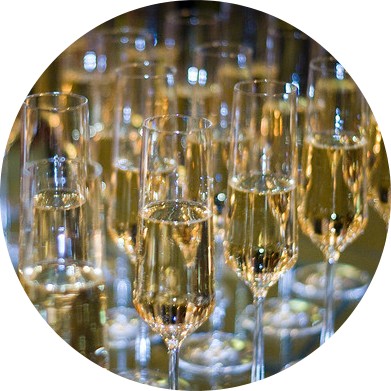 But here at My French Life™ we know it’s so much more. Looking past the clichés of French bubbly, we’ve been working on a guide to champagne and we’re so excited to share it with you.

Whether you’re a novice or a know-it-all we are sure you will love our guide to the must-know French champagne houses.

So sit back, grab a glass of bubbles and get ready to look at French champagne in a whole new way. 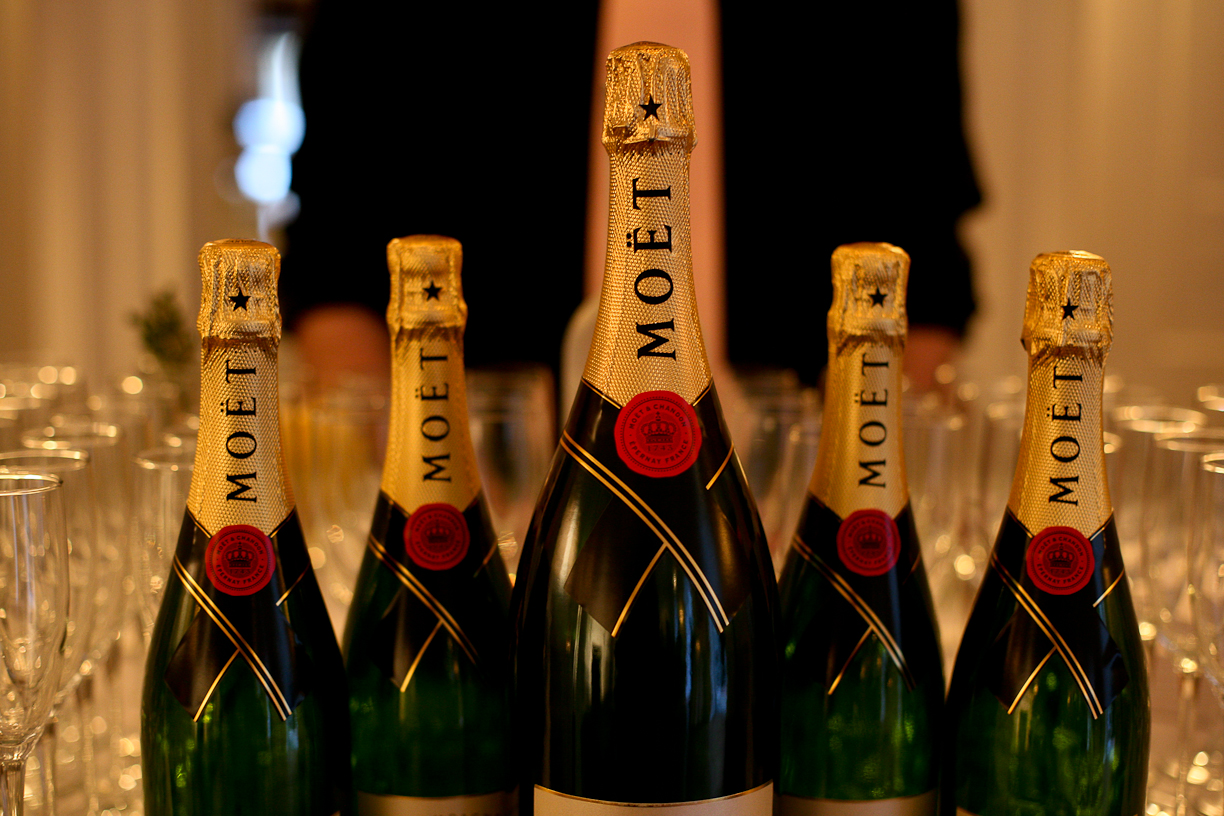 Established: In 1743 Claude Moët, a wine trader founded the Moët et Cie brand. Champagne had grown in popularity but it was still fairly unknown. It was Claude’s grandson, Jean-Remy Moët who really helped launch not only the brand but champagne itself all over the world.

Fun fact: Moët et Chandon own wineries all over the world. In 1973 they launched Domaine Chandon. These wineries can now be found in the USA, Argentina, Brail and Australia.

On the palate: Moët describes the taste of their ‘Imperial’ champagne as a combination of the delicious sumptuousness of white-fleshed fruits like pear, peach and apple mixed with the soft vivacity of citrus fruit and nuances of gooseberry. 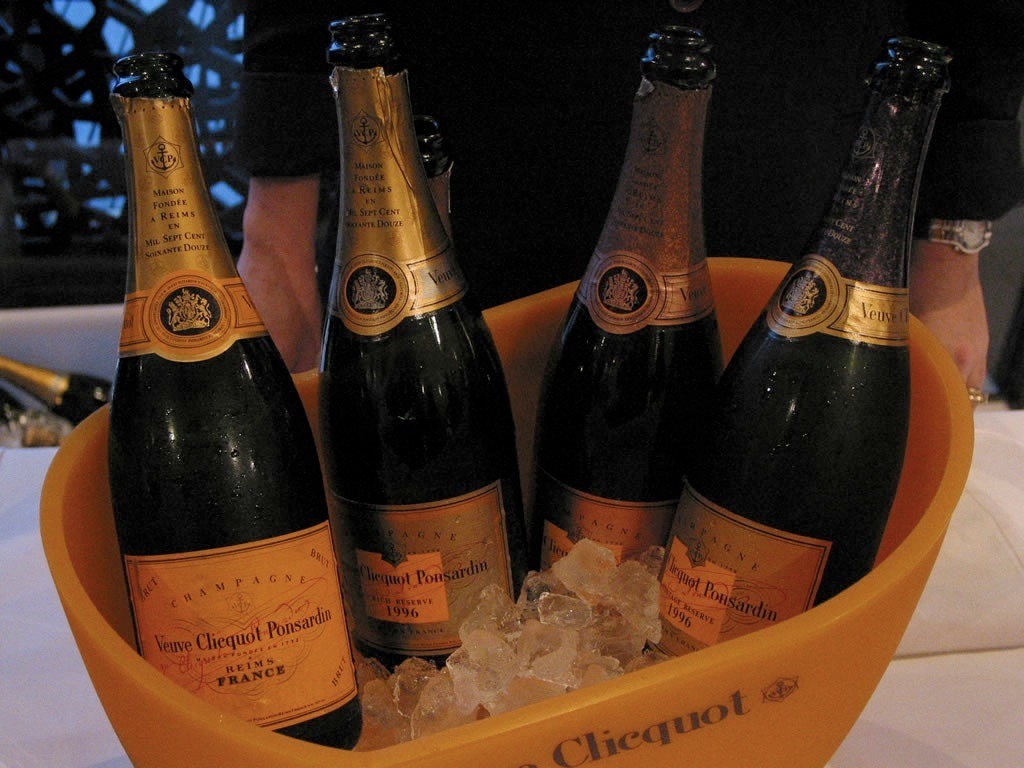 Established: Founded by Philippe Clicquot in 1772. It wasn’t until Philippe’s son François joined the business in 1798 that it received adequate attention.

François and his young wife Barbe-Nicole wanted to transform the winery from a side project to a profitable business. François passed away before this could happen.

So in 1805 Barbe-Nicole became the famous Veuve Clicquot. She worked tirelessly to save her husband’s dying business and transform it into one of today’s grands marques. (Link to 5 things BN can teach you about being an international success)

Fun fact: Barbe-Nicole Clicquot-Ponsardin invented the technique known as riddling. Champagne is stored upside down in a special rack and is turned daily. This process leaves all the sediment at the neck of the bottle so the wine can be easily disgorged and no champagne is wasted. She managed to keep this method a secret for almost a decade.

On the palate: Veuve Clicquot describe their ‘Yellow Label’ as a fruity wine, with discreet aromas of brioche and vanilla when left to age in the bottle. 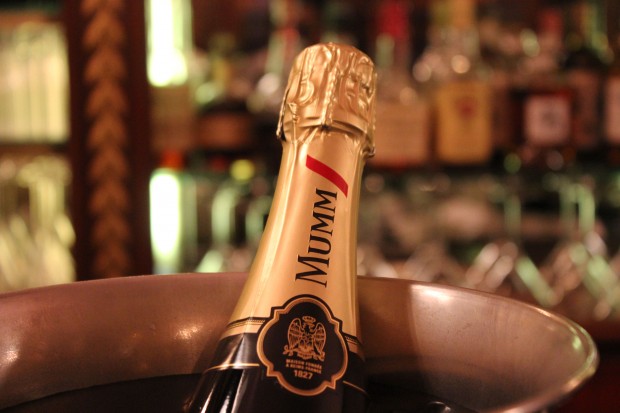 Established: Originally known as P.A. Mumm, the winemaking business was founded in the Rhine Valley in 1761 by Peter Arnold Mumm. Peter Arnold’s sons Gottlieb, Jacobus and Philipp saw the potential of champagne and decided to cross the border and open a vineyard in 1827.

It wasn’t until 1852 when Georges Hermann Mumm took over the business that the name was changed. The brands namesake worked tirelessly to spread his products around the world.

Fun fact: In 1904 G.H Mumm was served at the Derby day banquet for the British royal family. The house is still an official supplier of champagne to Her Majesty Queen Elizabeth II.

On the palate: G.H Mumm describe their ‘Cordon Rouge’ as having complex aromas of fresh fruit and caramel, which prolong the intensity before blossoming into a wonderfully round finish. 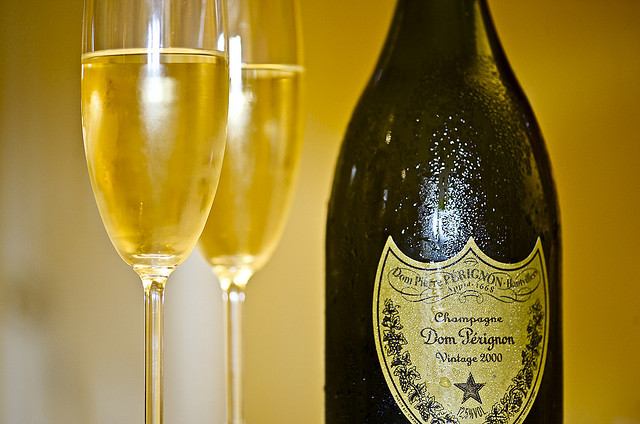 Established: The Dom Perignon brand was first established by the Mercier house as a prestige cru. It is named after the Benedictine monk who is credited with improving the champagne process.

Dom Perignon’s first vintage is from 1921. However, the Dom Perignon brand was given to the Moët family in 1927 before any wines had been released.

Fun fact: Dom Perignon wines are all vintage champagnes. That means they are produced from grapes all harvested in the same year.

Dom Perignon was originally made from vintage Moët. This French champagne was then cellared for a longer time to bring out its finest qualities. However, in 1947 the process changed and Dom Perignon is now produced separately from Moët.

On the palate:Dom Perignon describe their ‘2004 vintage’ as a fine balance between density and weightlessness. It lingers on a sappy and spicy note. 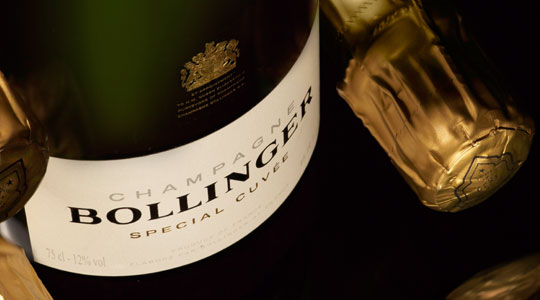 Established: In 1829 a French aristocrat by the name of Athanase de Villermont saw the potential of the champagne industry. However, it was forbidden for aristocrats to get involved in trade.

As fate would have it Athanase would soon befriend Joseph Bollinger and Paul Renaudin. Bollinger took charge of sales and Renaudin made magic in the cellars.

Fun fact: Did you know Bollinger is the champagne of choice for 007? That’s right, Ian Flemming’s 1956 novel, ‘Diamonds are Forever’ introduced the champagne as James Bond’s drop of choice.

On the palate: Bollinger describe their ‘Special Cuvée’ as having pear, brioche and spicy aromas with notes of fresh walnut. 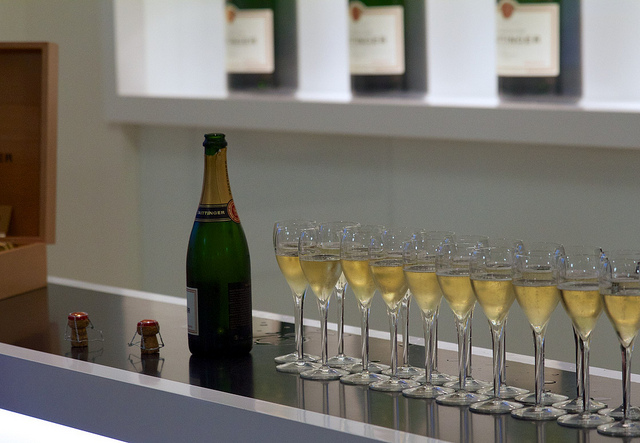 Established: Taittigner is fairly new, as far as champagne houses go. Founded in 1931, the brand grew quickly and was the first champagne to branch out into commercial advertising. It’s renowned as a family owned business.

Taittinger was founded by Pierre Taittinger and his brother-in-law, united by their passion for wine and gastronomy. Champagne Taittinger has grown and taken its place among the great houses, imposing with audacity an inovative style.

Fun fact: Taittinger was sold to Starwood Hotel Group in 2005 but a year later the founder’s grandson, Pierre-Emmanuel Taittinger, bought it back.1

On the palate: Taittinger describe their ‘Brut Millésimé 2005’ as offering a remarkable balance between finesse, generosity and the richness of its aromas, with floral notes and generous fragrances of hot and honeyed fruits. 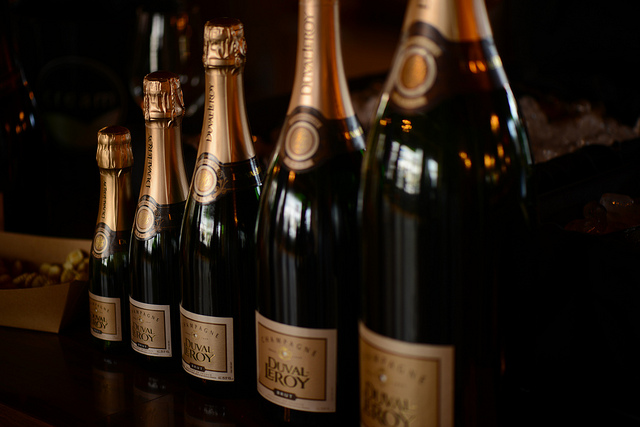 Established: Founded in 1859 through the merger of two champagne growers, Duval-Leroy is still a family business. The company savours its 100 per cent independent status, and uses this freedom to its advantage.

Originally, Duval-Leroy was mostly sold in supermarkets as a Buyers Own Brand (BOB) champagne. When Carol Duval-Leroy was left widowed, however, she took it upon herself to transform her late husband’s business and build a premium brand.

Fun fact: In 2009 Duval-Leroy was the first champagne brand to begin experimenting with plastic closures as an alternative to corks.2

What is your favourite French champagne house? Big or small we would love to know.