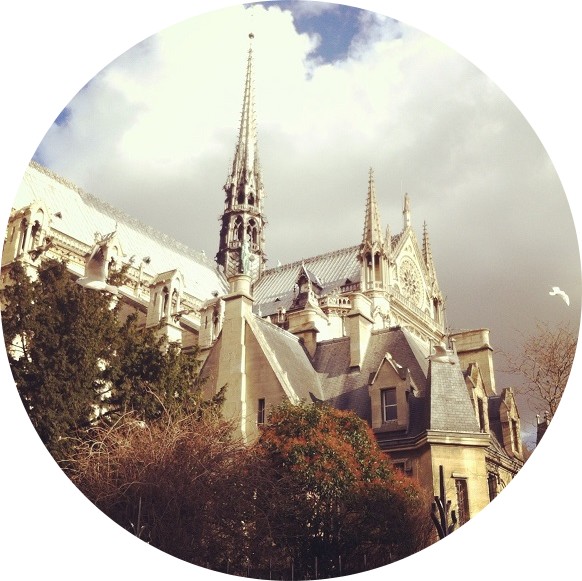 Descend below the soaring spires and glittering stained glass of France’s most famous cathedral to discover a museum brimming with ruins, shadows and history.

Paris just wouldn’t be Paris without Notre-Dame. Built 850 years ago, the cathedral is one of the oldest and most recognisable landmarks in the city.

Its intricate stone facades, gothic gargoyle trimmings, elaborate rose shaped windows and lofty belltowers are world famous, and rightly so. But Notre-Dame is so much more than its status as a world monument.

I’m not at all religious, but I have some very fond memories of Notre-Dame as a place. Last Christmas Eve, as l’américain and I wandered through the peaceful, twinkling streets, we came upon the cathedral in all its midnight mass glory, just as the choir began singing ‘Douce nuit’ (Silent Night).

I experienced another sweet Notre-Dame moment, not too long ago, following a winter rainfall. Though I generally try to resist playing the tourist if I can help it, I couldn’t help but whip out my phone, along with about thirty other people, to capture this: 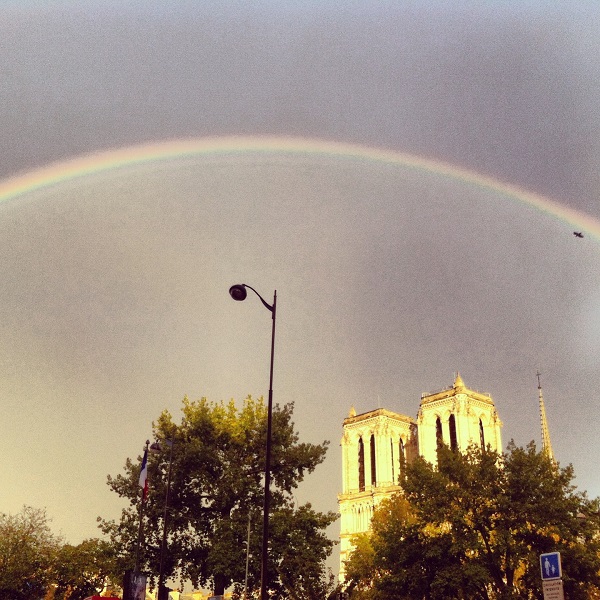 But perhaps my most enduring connection with Notre-Dame is through my old friend Victor Hugo and his 1831 novel ‘Notre-Dame de Paris’,  translated as ‘The Hunchback of Notre Dame’. When my family visited last year they found me a beautiful 19th-century edition of the book. Sublime.

I think of all these things when I think of Notre-Dame. But I never associated France’s most famous cathedral with subterranean ruins. That is, not until my recent venture to the quiet and obscure museum that lurks right beneath it. 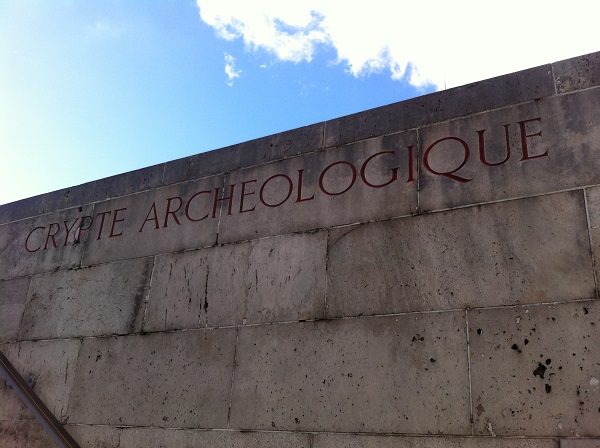 For centuries, the space which now houses the Crypte archéologique du Parvis Notre-Dame museum lay hidden underground. The spot was discovered in the mid-20th century, when excavators drilled into it during the rather unglamorous task of building a car park.

Inside they found a labyrinth of stone foundations, traces of the village of Lutèce that originally lay on the site before the city of Paris was born.

The museum leads you through preserved passageways, foundations and remnants of homes, streets and public baths. These sites are accompanied by lovely old maps, models and stories about the development of the city from this most ancient and central of locations. 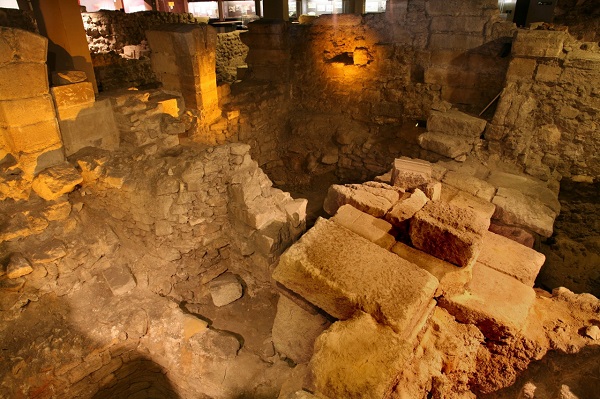 A unique take on a classic French site

This is neither the tourists’ Notre-Dame, nor Victor Hugo’s one. It doesn’t show the classic, monumental side of the cathedral we all know. But it’s a precious remnant of the site’s rich history. If only Hugo had been alive when they tried building that car park; I have a feeling Quasimodo would have felt quite at home in this curious, shadowy, mysterious place.

Have you been to the Crypte archéologique du Parvis Notre-Dame? Do you have a special memory of Notre-Dame to share? Let us know in the comment box below.

All images courtesy of Gemma King.