Watch out, the Brits are coming: the latest invasion of l’Académie française 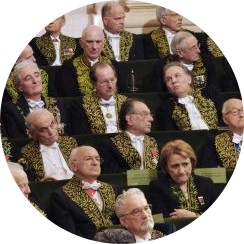 An Englishman in the Académie française? Mon dieu!

London-born Sir Michael Edwards, a poet, translator and literary critic specialising in French language and literature, has become the first Brit to enter the prestigious Académie française; France’s highest learned body charged with defending the purity of the French language.

Run by 40 illustrious members known as ‘Immortals’, the Académie is one of France’s most hallowed institutions and a symbol par excellence of Gallic pride. Its responsibilities include publishing a dictionary sanctioning new words and reminding people of le bon usage.

Just as Britain’s application to the European Union was vetoed twice by de Gaulle, Edwards got lucky on his third attempt to join the Immortals. He was elected by standing members in February 2013 to take the seat of Jean Dutourd; a French novelist famous for his book ‘Au bon beurre’ who died in January 2011.

In order to take his seat under the Institut de France’s gilded dome, beneath which the Immortals sit in their gold-braided uniforms, tradition dictates a lengthy induction process. Waiting over a year for his induction ceremony, Edwards was no exception. 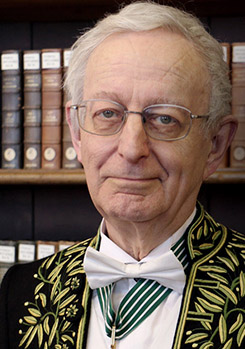 Before becoming emeritus Professor of literary creation in English at the Collège de France in Paris, Edwards had been a founding member of the French department at the University of Warwick. Here his specialities ranged from Shakespeare and Molière to Racine and Rimbaud.

He first discovered French aged 11 at school and has written the majority of his books in la langue de Molière instead of his mother tongue. Married to a French woman, he has dual British and French nationality.

Knighted in 2014 for his services to Franco-British cultural relations, Edwards said: “I am very happy that I became an academic and my countrymen are very proud. A Brit has forced open the doors of the Académie, it’s a sort of victory for the English.”

Revolution in the Académie française

So what do the French make of having un rosbif in this prestigious body who work vigorously to defend the French language against foreign – notably English – influences? Some seem unwilling to admit that a Brit has entered France’s most select group of intellectuals, with Le Figaro highlighting the “distant Normand heritage” of Edwards’s mother. Frédéric Vitoux, a member of the Académie since 2001, described the entry of a Brit as an “upheaval” and even as “a revolution”.

“An Englishman in the Académie française! Who would have thought it?”

Enriching French through protection and acceptance

With France undergoing an ‘invasion’ of Anglo-American culture and an increasing number of ‘anglicismes’ steadily creeping into the French language, is the entry of a Brit into the Académie a step in the right direction? Edwards is deeply committed to defending French, stating that the French have “an intimacy with their language” which English people do not necessarily have.

“French is not just another language, it’s another way of understanding the world, a way of being, of sensing emotion.”

When asked what role he would play in defending French, Edwards said: “The French talk of the purity of their language and they are right. On the other hand, languages do change and they thrive by change, and they thrive very often by a kind of impurity. Elizabethan English changed and became immensely rich by borrowing from other languages and by inventing words continuously.”

Edwards said that certain British academics envy the Académie française: “They would also like to have an institution which defends the English language, notably against Americanisms.”

Bringing the Académie française into the 21st century

A Brit amongst the Immortals could be the first step towards change in the Académie, which is known for its sometimes overly rigid insistence on correct French usage. Its conservative approach is in stark contrast with the more laissez-faire attitude adopted in the Anglophone world towards the English language, with its relevance being increasingly questioned in the last few years.

In Le Figaro, Christophe Carlier, who has written on the Académie française, said that the appointment of Edwards “would allow the Académie to come out of the anti-Franglais posture” to which he said it was too often accused of being confined.

More widely, his appointment shows that many of us love learning other languages despite English being universal. It is not just the French who are taking a fancy to Britain – many of us Brits are also falling for the French way of life.

As a non-French member, do you think that Edwards can make a valuable contribution to l’Académie française? Is un Anglais the best person to protect France from all those dreaded anglicismes? Join the debate and add your opinions to the comment box below!