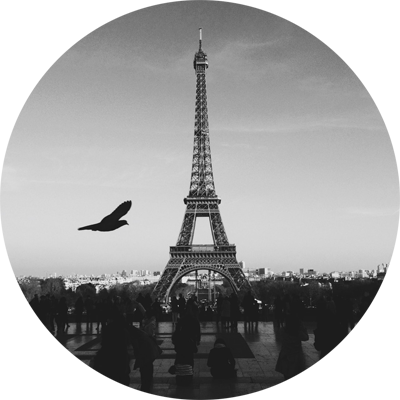 Paris is filled with pleasures both great and small. From the visual to the gastronomic, the ancient to the avant-garde: la joie de vivre is palpable.

But I wondered, does one have to actually partake in the croissant-eating, terrace-sitting and flower-buying to appreciate the pleasure they represent? Indeed, this writer believes the secret to French pleasure lies in the fact that many are vicarious.

Sure, he might have been giving advice to his son heading off to college, but I think it fits Paris to a T. In a country where a surprisingly good carafe of house red brings greater pleasure than a fancy car, I figured that my ‘Happiness in Paris’ experiment would never be complete without including a chapter on pleasure. 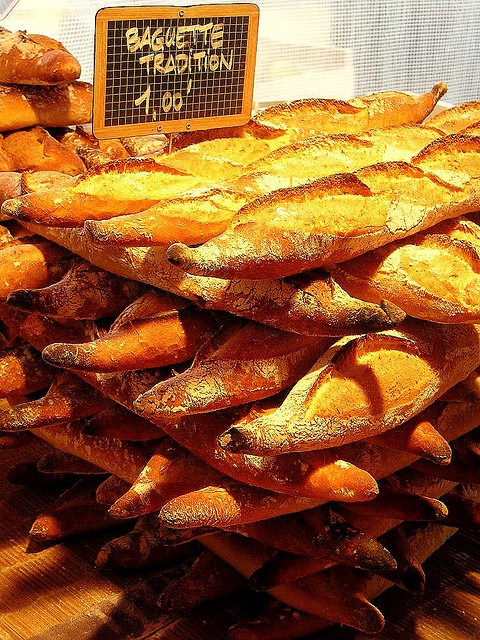 It is difficult indeed to think of France without immediately thinking of food (or perhaps that’s just me?). Walk the length of any block in Paris and you’ll detect the seductive, warming feels-like-home aroma of fresh-baked baguettes.

If you’re like me, you follow your nose to the source and devour half the thing there and then on the footpath. But what if you didn’t? What if, instead of eating the bread, you simply smelt it then went on with your day? Would you feel cheated?

Our social media habits seem to indicate we wouldn’t. Instagram and Pinterest stand as testament to the fact that ingesting delicious food is not indeed the only way to appreciate it. Artfully posed photographs of pastel-coloured macarons or Michelin-starred entrées evoke an emotional response even though we can’t taste, touch or even smell them.

The art of French suggestion

It’s rare to see a French woman wearing a short/tight/low anything, let alone more than one tight piece of clothing at once. This is said to be because the French find hints of sexuality, the mere possibility of flirtation, more desirable than overt declarations.

Just last month I attended the much-hyped ‘place of pleasures’ Espace Coquin at La Foire de Paris. The restricted space even boasted a security guard. Everyone who emerged just moments later shared our disappointment at the sheer obviousness of it all.

Perhaps French pleasure, then, is much more about possibility than participation.

The pleasure of things not bought in Paris

I love nothing more than browsing Parisian bookstores in the late afternoon. It is both satisfying and agonising at the same time, for no matter how hard I try, I can’t own every book I want to. But the sheer deliciousness of possibility, that’s what I love. 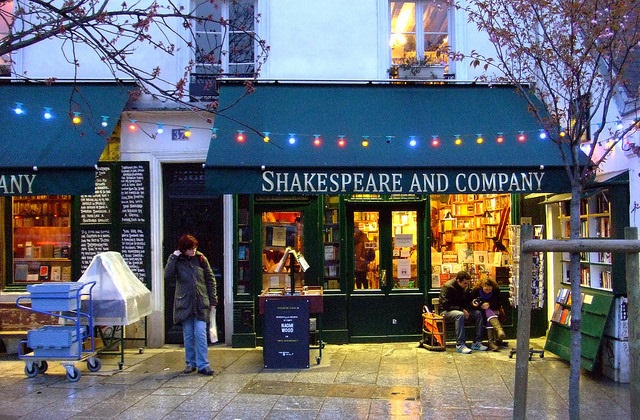 For me, there’s nothing better than that long window of opportunity that comes before any final decisions are to be made. When I can load up my arms with the likes of Molière and Rousseau alongside the latest bar and restaurant guides. The final approach to the cash register is, for me, the lowest point of the outing.

The same theory can be applied to spending an hour in your favourite clothing store (for me, that’s COS, Comptoir des Cotonniers and Kookai) and leaving with nothing.

Are French flowers just for show?

It’s tough to walk the market-lined rue Montergueil in Paris’ second arrondissement without going into sensory overload. First you notice the Kayser boulangerieon the corner with its line snaking out the door, then you’re hit with the heady smell of ripe cheeses at the fromagerie, and finally the rich artist’s palette display at the greengrocers pops against the grey canvas of the cobbled street.

And then there is Les Jardins d’Anais, a modest-sized florist whose flowers brighten rainy mornings, lift spirits of the broken hearted and say thank you to those who welcome us into their homes.

As part of my experiment, I started buying fresh, brightly coloured flowers more or less once a week. I changed their water twice daily, moved them around the apartment throughout the day and squeezed every last drop of joy out of them.

It worked. All I had to do was glance in the direction of the vase to feel my mood improve.

But then one day, as I struggled to decide between the yellow new season roses or a bunch of antique mauve peonies, it occurred to me. I could have both. And the sunshine-infused fuchsia gerberas if I wanted. And the stately orchids, and the baby’s breath. And all without spending a cent.

All I need do was pass in front of the store whenever I liked, and the joy would be there waiting for me.

What do you think? Do you agree that Paris can be enjoyed vicariously? Share your thoughts and experiences with us below- we’d love to hear from you!