Not a cliché: the French love their bread 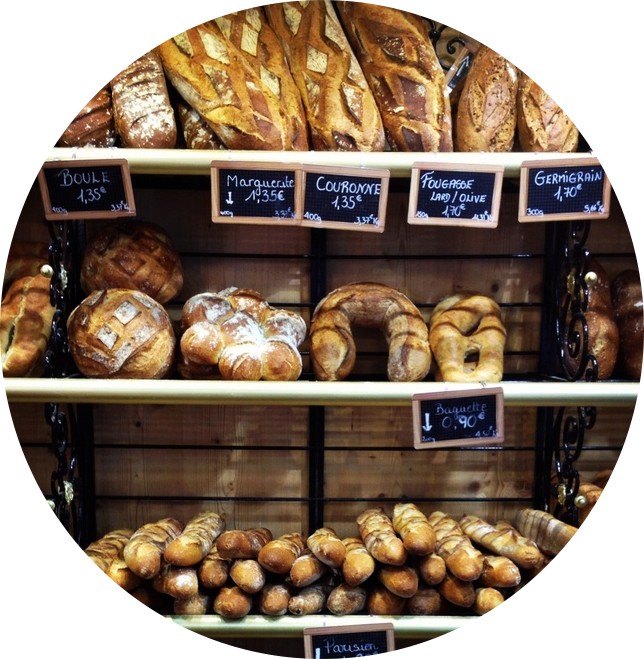 Ah, du pain. No one does bread like the French. It is the symbol of the French way of life.

We all long to recreate that holiday moment when we buy a warm baguette in any corner boulangerie, break off the crust and munch it in ecstasy in the street… And non, it’s not simply a cliché.

While bread is a staple in the French diet, I was still surprised by the endless amount of bakeries when moving to Paris. Even during the short walk from my nearest metro station to my place, I would walk past four boulangeries with wafting smells of freshly baked bread tempting me inside.

I always wondered how it was possible that they all receive enough business.

This turned out to be a daft question. The French are fous de pain.

An article on Le Figaro states that more than nine in ten French people (95%) eat bread every day. And, according to David Chazan of The Times, although the National Bread Making and Baking Institute have found that the French are eating less bread – half a baguette per day on average, compared with a full one in 1970 – bread is still the cornerstone of French eating habits.

Bread is always at the centre of a French family’s table during mealtimes: whether for mopping up their plate, savouring delicious French cheese, or making a morning tartine to dunk in their chocolat chaud or café au lait. Forget having a side plate, bread is such a common occurrence that the French place their bread on the table.

There is more to French bread than simply eating it

The French take their bread very seriously. In France, bread-making is considered an art form. It may consist of the simplest of ingredients, but bakers take utmost pride in their work. 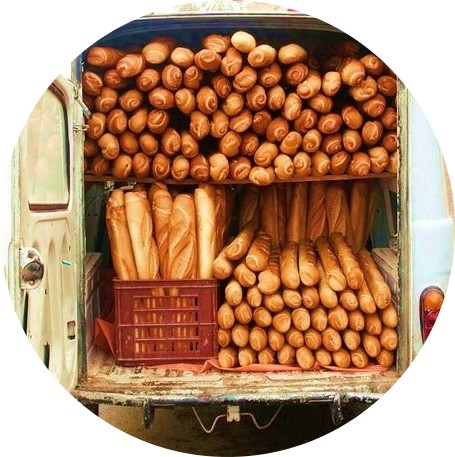 As Alice Bosio of Le Figaro explains, the awards for the best baguette in Paris follow a strict set of guidelines, with baguettes having to measure between 55 and 65 cm and weigh between 250 and 300 grams.

Bread’s centrality in French life is also reflected in many everyday rituals that are second nature to the French. Baguettes, for example, are to be carried à la main and never shoved in with the rest of your groceries.

Bread feeds into many French superstitions. Placing a loaf of bread upside down after cutting it, for example, is regarded as bad luck. This belief goes back to the Middle Ages, when turning a baguette in the opposite direction to others would indicate that it was reserved for an executioner. Some French families even mark a cross sign on a new baguette before cutting it.

Bread is entwined with French history – we all know what happened when Marie Antoinette suggested the hungry crowds eat cake rather than their cherished baguette!

What’s your favourite type of French bread ? Share your love for du pain in the comments box below.