New French fiction: ‘Under the Channel’ by Gilles Pétel and ‘The Greenland Breach’ by Bernard Besson 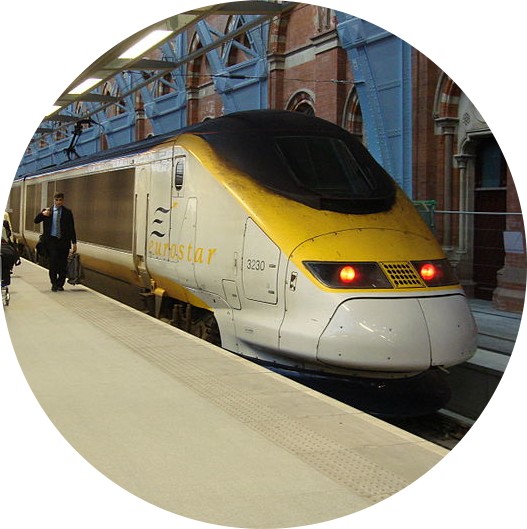 It’s a double-whammy in French fiction this month. Thrill-seekers, plump for ‘The Greenland Breach’ by Bernard Besson, an espionage-fuelled eco-thriller published in English by Le French Book.

Meanwhile, detective-story-turned-psychological drama ‘Under the Channel’ by Gilles Pétel (English translation by Gallic Books) makes for an unnervingly noirish read.

‘Under the Channel’ begins as a locked-room mystery – a man is killed on the Eurostar en route to Paris, in a carriage of unsuspecting passengers. French gumshoe Roland Desfeuillères takes a trip back to London to lead the murder investigation.

Then, what started out as a whodunnit becomes a descent into Roland’s psyche as he creepily starts to insert himself, subconsciously or not, into the hedonistic life the victim left behind. There’s more than just a few frissons of ‘The Talented Mr Ripley’ in this one…

A French cop in freefall 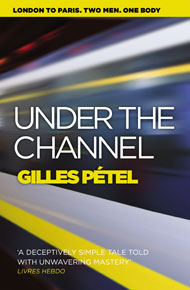 It’s tightly written, and I liked the idea of ‘under the channel’ as a space where identities and fates can mutate. The translation does seem to falter in places – at one point Roland feels he’s “at the end of his rope”1 (tether, surely?).

Pétel is good at portraying the breakdown of Roland’s marriage, the little details that reveal the strain: his wife Juliette’s carefully chosen blouse – her attempt at dressing for dinner – only makes her feel, well, blowzy.

There are, however, jarring, clumsy elements. I hated the character of estate agent seductress Kate, an embarrassing cipher, and I’m not sure what the inclusion of the clownish middle-aged English Eurostar passengers was meant to achieve.

The book makes no attempt at a satisfying dénouement – although perhaps that’s the point. No resolution, but Roland locked into a cycle of (perhaps fateful) repetition. In this way, the text reminded me of Marguerite Duras and Moderato Cantabile.

French spies, crazed expats, and an even crazier plot 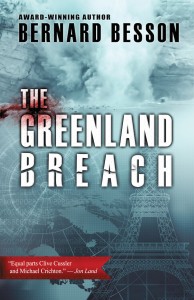 While ‘plot’ in ‘Under the Channel’ somehow ceases to matter, in ‘The Greenland Breach’ you can’t move for plotting. A trio of freelance French intelligence officers find themselves drawn into a major drama unfolding in the Artic. While nefarious international corporations are battling it out to find some elusive data hidden in the depths of the ice, an apocalyptic environmental disaster is unfolding.

Greenland and the ice caps are literally breaking apart, sending a tsunami heading for the coast of North America.

It’s not actually an easy plot to summarise, so you’ll have to take my word for it: what I’ve just described is the tip of the iceberg (ho hum). Multilayered and twisting, Besson’s narrative requires an engaged reader to make headway through the web of science, geopolitics, assassinations and intelligence gadgetry (my, there’s a lot of gadgetry).

The book lacks a central character you really root for. I was intrigued by intelligence officer John Larivière’s harrowing past and his ghastly scars. Luc is a fun, techno whizz-kid cheerfully reminiscent of Bond’s ‘Q’, although he does also give us some gratuitous, farcical sex scenes (quite why he’s so desirable is anyone’s guess).

The female characters are sadly tired and one-dimensional. But bonus points to Besson for the cameo of Victoire’s cat, Caresse (‘stroke’ in English – a jokey reference to Blofeld’s infamous pet??)

All in all, comparisons with Bond films are justified: this would make for a delightfully cinematic beach read.

Have you read these books? What do you think of them? Share your thoughts about your favourite French fiction in the comment box below!