A magical new story inspired by a classic French book: ‘The Pilot and the Little Prince’ 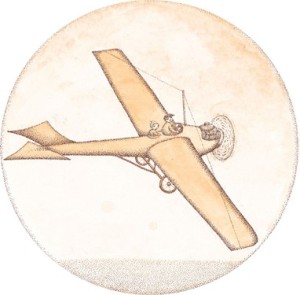 At the time, he was a French pilot in an aerial reconnaissance group that was part of the Allied forces during World War II. On that summer day he was on a mission to photograph enemy positions in eastern France, but was never heard from again… Except through his enduring books, and one in particular, ‘Le Petit Prince’, which the pioneer aviator-poet illustrated himself.

Connecting with The Little Prince

Who hasn’t read it? Published in the U.S. in 1943, it has been an international bestseller for generations. It is also one of the most-translated French books. It’s available in some 250 languages and dialects, including Braille.

I probably first read “The Little Prince” in French when I was a teenager, after having been given a copy as a gift. My affection for it has deepened over the years. I have been touched by this tale of a lost boy dropped from another world onto a desolate piece of planet Earth. The book could be about many things but, as a fable, the themes that come to mind are those of isolation, struggle, survival, fragility and kindness. 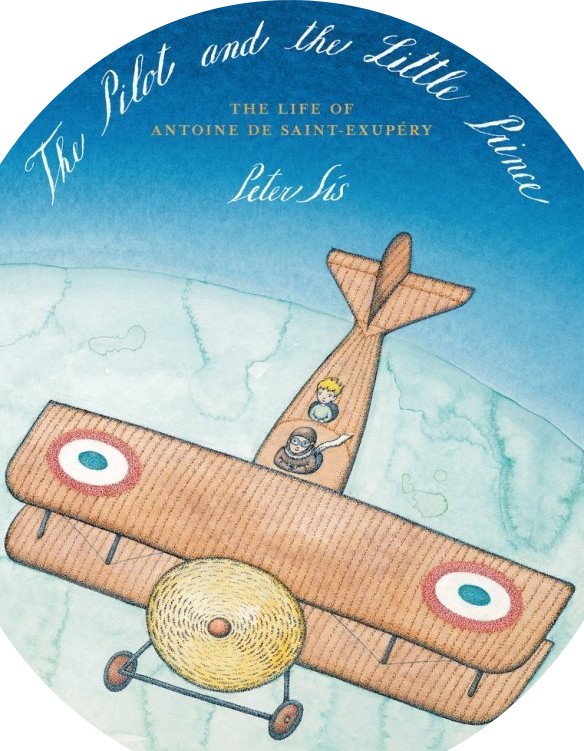 Much has been written about ‘Le Petit Prince’. There have been various artistic re-interpretations through television, film, ballet and opera. Now, just published this year, comes a picture book as magical in its own way as the original. It’s called ‘The Pilot and The Little Prince: The Life of Antoine de Saint-Exupéry’, by internationally acclaimed author and illustrator Peter Sís.

If you’re familiar with Sís’ books, you know that although they’re for children, they are also often ‘cross-over’ books, equally appreciated by adults. The text is usually sparse, much like poems, and the images fantastical; breathtaking in their beauty. Geographical features or inanimate objects may have human faces. Islands can take on the shapes of strange beasts.

Ultimately, the books, including ‘The Pilot and The Little Prince’, become odysseys or spiritual journeys, taking us through history, biography or memory to discovery. (Among my favorites are Sís’ portrait of Charles Darwin, in ‘The Tree of Life’, and of Czech explorer Jan Welzl in ‘A Small Tall Tale from the Far Far North’.)

Little Prince’ when he was about 12 or 13 growing up behind the Iron Curtain in Czechoslovakia. He knew immediately that this was a special work. “It was a life-changing experience because I was in this little country, which was sort of closed and dark, and all of a sudden there was this book which was telling me how wonderful life can be or will be.”

There are obvious parallels between de Saint-Exupéry and Sís. Artists, illustrators and poets, both men lived in exile in the U.S. during a period of occupation and political repression in Europe. Both men struggled in their adaptation to a foreign culture, missing home, their family and friends.

Both have given us books that consider adversity, loss, wonder and life, in all its complexity.

Have you read ‘Le Petit Prince’, or any of Peter Sís’ books?What did you think?