Summer in Paris – what’s on in August? 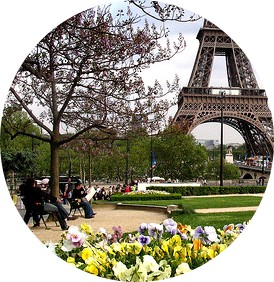 As you’ll well know by now, Paris in August is a very different place to the Paris of autumn, winter and spring. For one, it’s often very, very, hot, and for another, it’s a whole lot emptier (of actual Parisians that is).

Ben oui – our number one tip for Paris in summer would be to do as the Parisians do: escape. But if you’ll be spending your summer in Paris, it doesn’t mean you’ll be bereft of things to do. It simply means you’ll have to look that little bit harder.

First of all, we’d highly recommend you bookmark this fantastic list on Paris by Mouth: it will tell you exactly which restos will be closed or open over the summer months.

Now, let’s take a look at the best options for wiling away those long summer days… 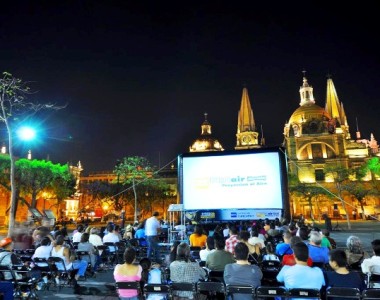 Although indoor cinemas are a great way to keep cool in summer, we much prefer the option of a late-night outdoor showing. That’s what summer is all about, n’est-ce pas? The films are in French, and the line-up promises to be superb.

Bring a picnic and watch a film at one of many locations across the city: from Buttes Chaumont to Trocadéro. But of course, as you know, many boulangeries and épiceries will be closed, so getting a picnic together might be a bit harder… Luckily, due to a law passed during the French Revolution, everyone in Paris must always, without fail, have access to bread. So, when a boulangerie closes, it must list its nearest three competitors.

Stay cool and go to a museum…

We highly recommend avoiding the heat, over-crowding and general sticky, sandy atmosphere (not very Parisian adjectives) of the Paris Plages, and instead enjoying the cool shade of some fabulous new exhibitions. 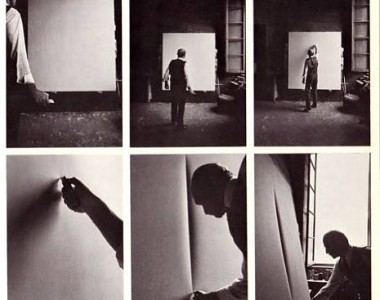 Lucio Fontana is “considered one of the greatest visionaries of the 20th Century”.[1] This is the first exhibition in France dedicated to him and his work since 1987, and with more than 200 sculptures, installations and paintings, it promises to be an extensive one.

If you’re particularly keen on avoiding queues of all descriptions, consider going on a Thursday night: or la nocturne, as the French call it. The exhibition will be open until 10pm. 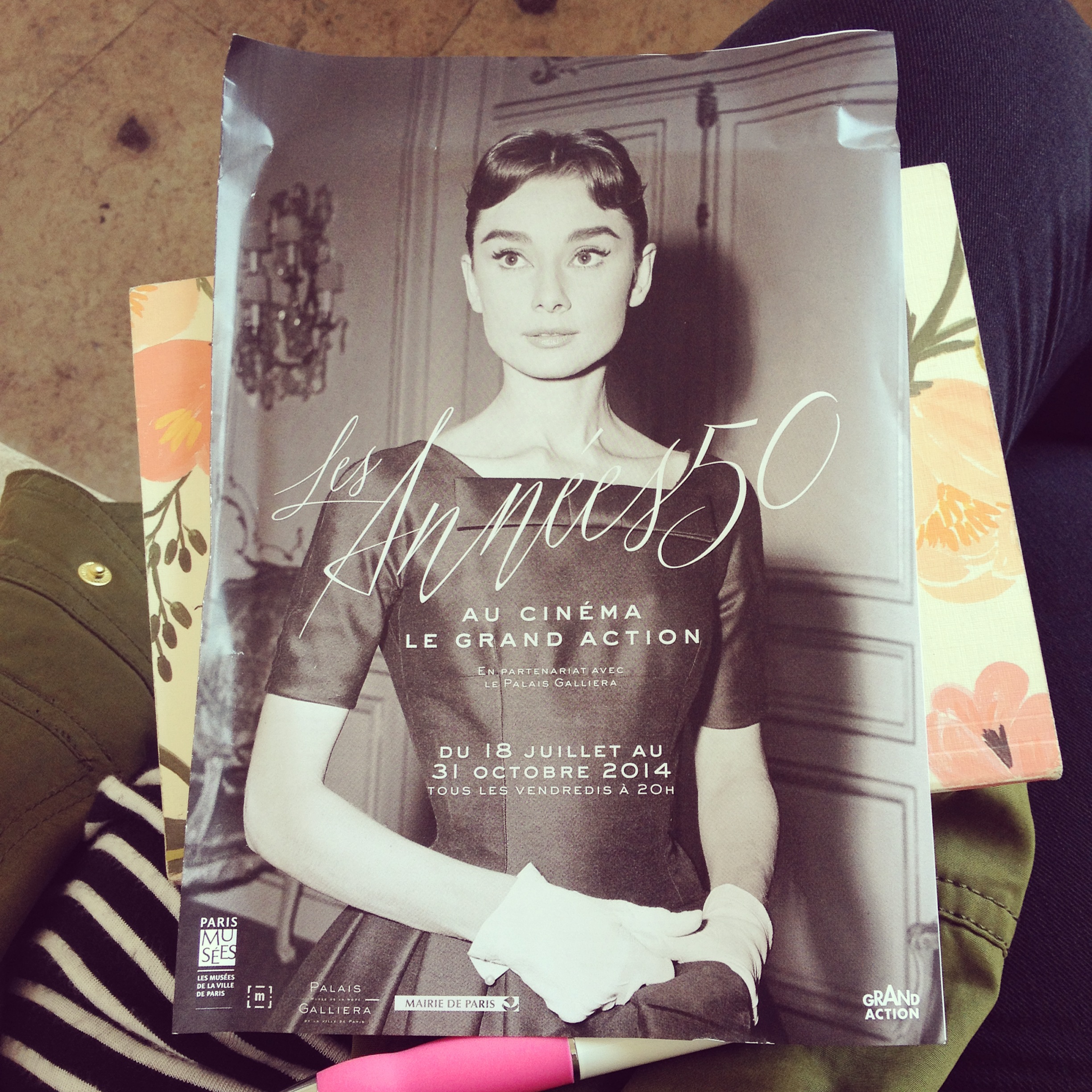 This fabulous exhibit opened at the start of July, and is an unmissable experience for fashion-lovers. With an enviable array of outfits from designers like Dior, Carven, Balmain, Jacques Heim et Pierre Cardin, you won’t know where to look first, and how to hide your pleasure.

If you appreciate the grand héritage of many French fashion houses, you’ll love this exhibit – it really showcases the talent and passion of some of France’s oldest and most well-known marques. 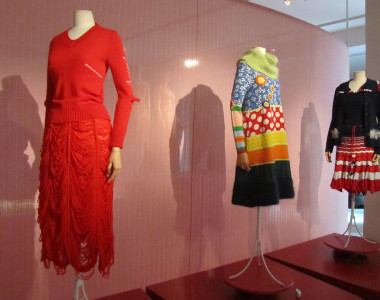 This exhibition at the Musée des Arts Decoratifs is the first one to be dedicated to Belgian designer, Dries Van Noten. The focus is shifted from a pure concentration on the designs of Van Noten, instead choosing to show the creative process which lies behind the finished goods.

With images of David Bowie, music from The Clockwork Orange and portraits of Proust, the exhibition becomes a kind of fashion bazaar. In a word, it is mesmerising.

4. Once Upon the Orient Express 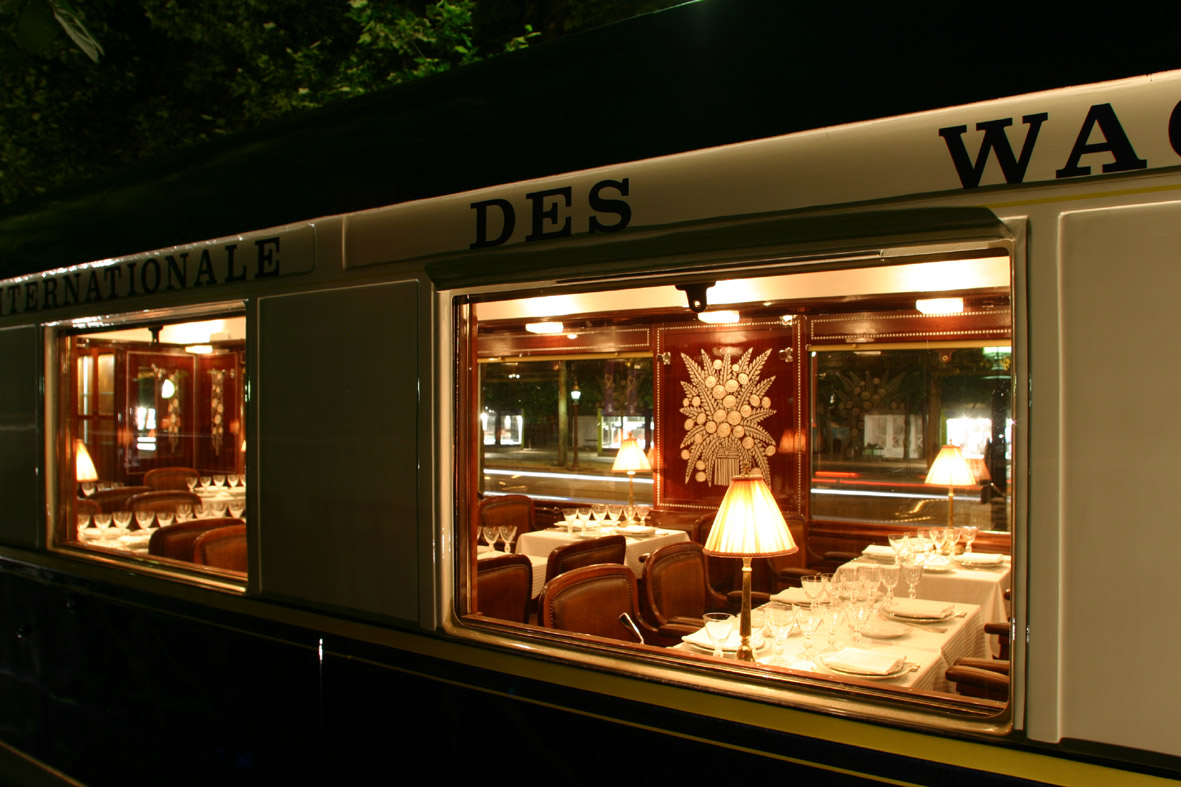 One of the most fascinating trains to have ever existed, the images of wealth and luxury which came with the Orient Express made it a perfect setting for numerous books and films.

Today, the intrigue continues through this new exhibition, where the viewer is taken on a kind of ‘dream-trip’, accompanying interesting characters such as writers, artists and adventurers. 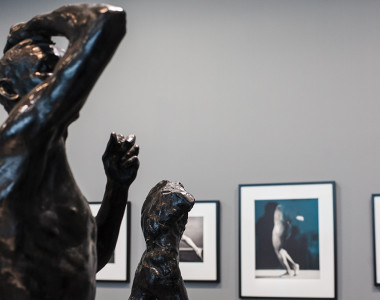 A dual exhibition of sorts, the Mapplethorpe-Rodin expo portrays power, influence and over-lapping themes in this bold combination of the photography of Robert Mapplethorpe and the sculptures of Auguste Rodin.

The curator has carefully chosen themes such as Movement and Tension, Eroticism and Damnation to represent the surprising dialogue between the two artists. 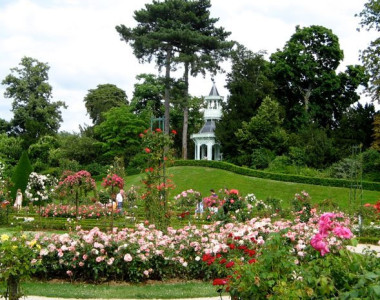 The Theatre du Verdure du Jardin Shakespeare sets the scene throughout the summer months for the works of various great literary names. From 6 August, several works by Moliere will take pride of place in the luscious gardens.

Aside from the gardens being absolutely gorgeous, the concept of theatre en plein air is a refreshing change. Book online in advance. 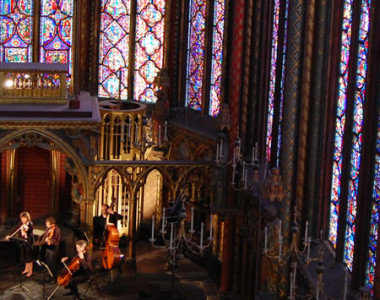 Bien sûr, the churches of La Sainte-Chapelle and the Notre Dame are two of the most staggeringly beautiful that Paris has to offer. Given their beauty and the calibre of performance they require, we think that attending a classical musical performance should be high on your agenda.

Selected motets and works for the organ by Bach are on the calendar for 25 Augustin Notre Dame; meanwhile Mozart, Vivaldi and Johaan will be performed at Sainte-Chapelle on numerous dates.

La Sainte-Chapelle and Notre Dame
Métro: Cité is a good choice for both churches

Are you going to Paris in August? What have you got planned? Let us know in the comments below- we love to hear from you!