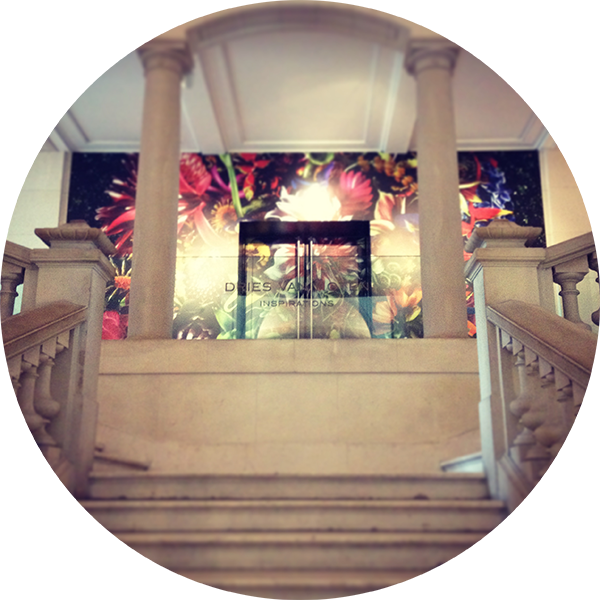 Belgian designer Dries Van Noten boasts an impressive résumé, although he is not known for being a boastful man. Rather, he is well-respected for his politesse and his work ethic; his company being entirely self-financed and his range of designs and pieces monumental.

After two years of preparation, the Musée des Arts Decoratifs de Paris opened its door to the very first exhibition dedicated to this compelling designer.

A multi-layered exhibition in Paris

It’s an exhibition with a difference, as it pays tribute not simply to the finished products and to the man himself, but to a much larger cultural moment, manifesting how cultural threads come together to create fashion; to create art.

I visited this exhibition in Paris with the Lyon Fashion school students, who had come to Paris for the day to visit a showroom and then to view this much anticipated exhibition. With the students, I was  taken on a tour of a kind of fashion bazaar, and I was intrigued to hear about how such an inspirational man would impact upon the ideas and possible designs of such creative students.

A whirlwind of colours, fabrics, and citations…

The exhibition, described later by Elizabeth, a student from Canada, as “inspirational, overwhelming”, left the impression on me of a kaleidoscope of colours, sounds and designs. We moved from the first floor, which aimed to portray Van Noten’s adolescence and various inspirations to the upper floor; decidedly different in its variations of a garden theme, ranging from English to Oriental. Incidentally, it seemed by the end of the exhibition that the majority of the students preferred the colourful garden-themed floor. 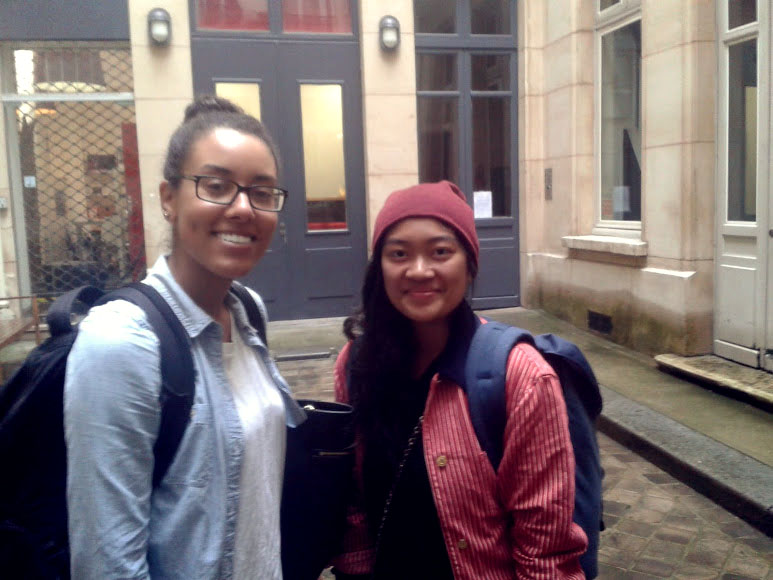 What sets this exhibition apart from others is its diversity; as it incorporates music, film quotes and important pieces (such as designs by Yves Saint Laurent, and with a surprising significance laid on the paroles of David Bowie). With a range from Bowie to centuries old art-sculptures, the signature themes that derived from the exhibition were cited by the students as anything from gold to cruelty, from floral to death, and from gardens to adolescence.

Although one of the students; Tara, from Winnipeg, noted that it became a little confusing to distinguish which pieces were actually by Dries Van Noten and which were the ones which inspired him, most found that the expo offered an insight into the creative process, particularly giving a rich insight into the mind and work of the man himself.

A moment in a cultural era

Drawing from so many sources, the tour guide fittingly called the exhibition a sort of “memory bank”. Factors from Van Noten’s personal history – he loves gardening and went to a Jesuit school – were blended with wider cultural references, such as the film ‘Clockwork Orange’ to show how “his creations are in some ways reflections of our age” (as Timeout explains). 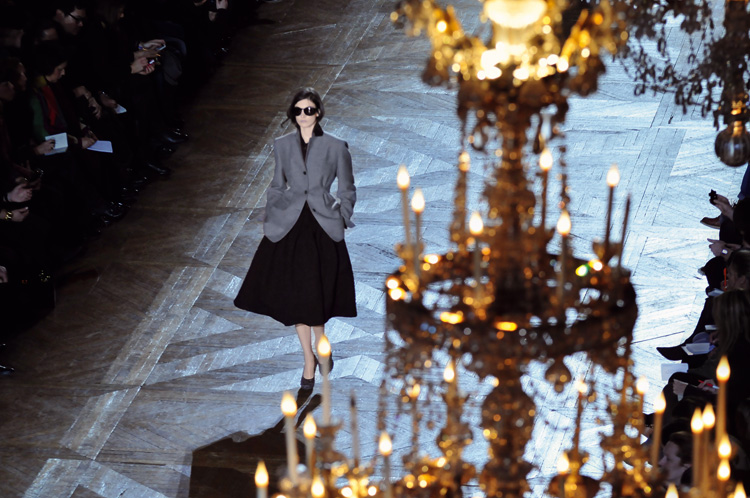 It was interesting to view the complete mixture of inspirational sources which went into a designer’s work, and I took the opportunity to ask a few of the students what would come into their own work. One noted that graphic design would be a large influence, and another cited travel, with particular emphasis laid on the impact travelling to and experiencing Ethiopian culture had on her. 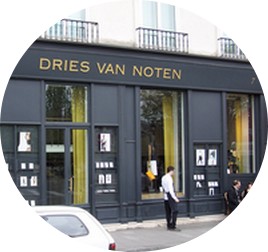 The exhibition, rather like the impression I had garnered of the fashion world in general, was much like spider’s web. We moved seamlessly through his adolescent years to the current era, and the students were clearly a little taken aback by the range of designs, inspirations and pieces we viewed.

Dries Van Noten is a man who has hosted catwalks in an underpass on the Parisian périphérique, and handed out un petit-dejeuner of croissants and orange juice, accompanied for good measure with a duvet for early morning catwalks in Paris. His variety is incredible, and the response from the students was deservingly positive.

The focus was not on the work and life of a particular man, however well-acclaimed he may be. Instead, the students and I left with an idea of what goes into creating fashion, and when our guide asked us if fashion and art are one and the same thing, the answer; bien sûr, was a resounding “oui, sans doute”.

Have you been to the Dries Van Noten exhibition, or have you heard of him? What does his name conjure up for you? Let us know in the comments below.