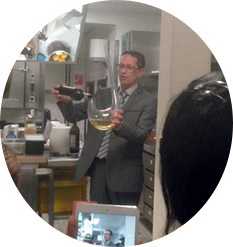 “Il s’agit d’une culture d’excellence” and “On ne s’ennuie jamais” were two of the phrases which came out of the mouths of the disarmingly funny pair; the chef and a wine connoisseur who came together to share their knowledge at Le Cordon Bleu.

Over the course of two hours, the comic duo took it in turns to amuse, teach and explain to us about what they know best: the culinary arts. By the end of the evening, there could be no doubt in my mind that this was indeed an art.

The students of the Alliance Française Paris Île-de-France and I were blown away by the range of work, research and experimenting that went into making the wonderful dishes presented to us. Rather, I thought, like the process that goes into learning French. En fait, our hosts of the evening had three key tips which paralleled the experience of learning le français.

C’était frappant, just how very French our two teachers were as they spoke to us of the paramount importance of thorough research of ingredients, and the necessity of a perfect complementary wine. Their adoration of the culinary arts shone through.

So too did Claudia’s enthusiasm as she told me how she had worked as an accountant in the States, before waking up one day and deciding that she wanted more. She quit her job, sold her house, and boarded a flight to France – and decided to take a risk.

“I’m not sure if it’s the long term plan, no, but even if I can’t find work here, I still had a year in Paris. And I think that’s pretty incredible”.

Why Paris? Well, it had always been her dream, and now here she was, living in the 2ème and sitting in the kitchen of Le Cordon Bleu, rather than in a stuffy office at home. Her enthusiasm and excitement were contagious. 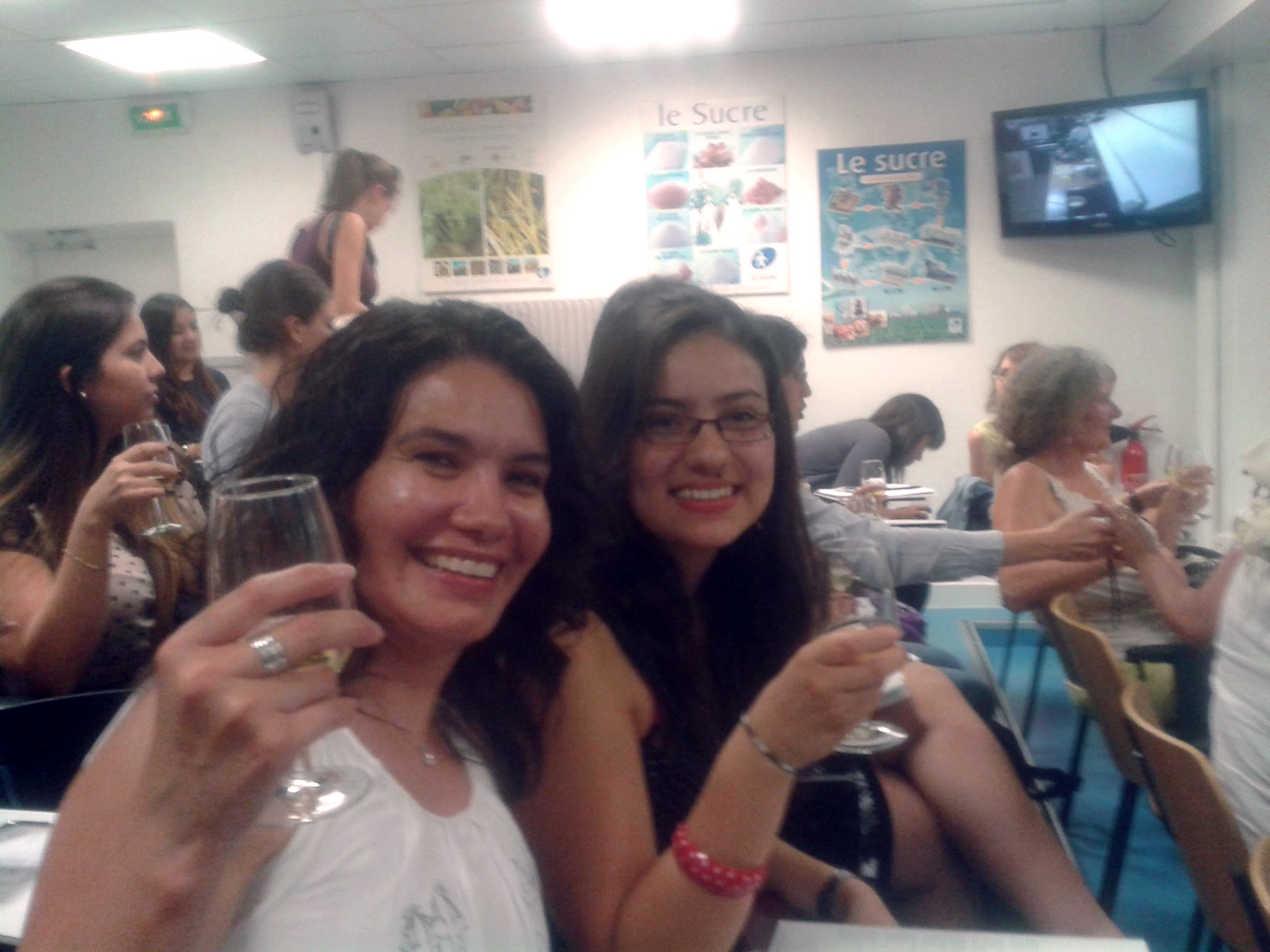 These were the next words of wisdom passed on to us by the chef as he gently stirred a creamy white sauce which was to accompany the sea bass.

This too, I have found, is equally true when it comes to learning a language. Although Claudia described the amount of progress she had made in two weeks as “incroyable”, she was a little disappointed that she didn’t yet have any French friends (or boyfriends). She did however, have hope that it would happen “slowly but surely”. 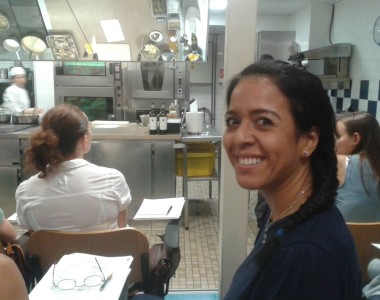 The dynamic duo also urged us to experiment with food, to try and find which combinations really work.

I then turned to speak to Fabiana, who had come from Venezuela to marry a Frenchman whom she had met in New York. When I asked her what language they spoke together, there was no single answer, as they prefer to speak in une mélange of Spanish, English and French. “We make a mixture – it’s a constant work in progress,” she laughed.

Learning French with a lot of enthusiasm

At each of these events, it startles me how every student has a different story to tell of why they came to La Ville-Lumière and their many experiences here.

The enthusiasm of the chefs and the students warmed me – they had such dedication to learning, whether it was to pronounce the toughest of French words (‘mille feuille’ has always been my personal stumbling block) or to make a meal fit for a king.

The efforts were paying off. Many of the students couldn’t hold in their excitement at the progress they had made in a short amount of time, barely holding the words in as they shared their stories.

In terms of the food however, no words were needed to show our appreciation of everything we tasted. The empty plates spoke for themselves.

What else do you think is key to learning French? Share your comments with us below!