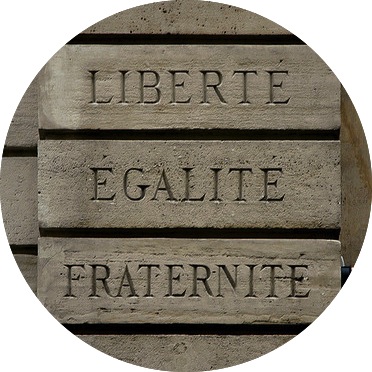 France is proud of its heritage as the founder of Human Rights. The French Republic holds paramount its motto ‘liberté, égalité et fraternité‘, and yet, recent government back-pedaling on equality classes in schools has some of us questioning just what égalité means in France.

Every form of equality necessarily creates an inequality – by placing emphasis on one area, another will be neglected. Even prior to the French Revolution when the idea of égalité truly began to prosper, the great philosophers and theoreticians of France were pondering this very problem – how, even in theory, can a society be entirely equal?

According to Voltaire (1698-1794), people are not born equal but their position is tampered by their conditions in life. Although he held no problem with equality of all people in principle, for the sake of practicality, he believed
it was necessary to tolerate inequality within a society for that society to function harmoniously. 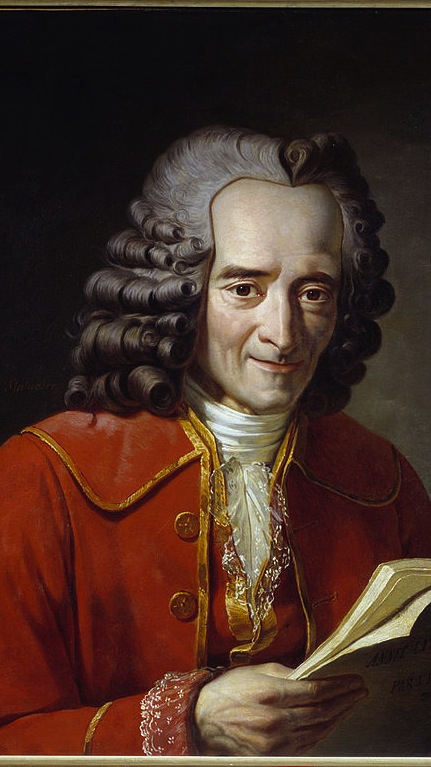 By contrast, Rousseau (1712-1778) thought that all men were born equal. Instead, he believed that the origin of inequalities lies in each man’s desire to distinguish himself from others.

Perhaps the most idealistic, Babeuf and Marechal in their 1796 Manifeste des égaux said that equality in front of the law was not enough and demanded égalité réelle. By this they meant that every person should have the same wealth and opportunities regardless of age or gender.

These four great thinkers in French history established the groundwork for two systems of equality of today, translated as ‘equality of chances’ and ‘equality of places’.

Egalité des chances is the idea that everyone should have the same opportunities in life to succeed, and that those people who are of merit will find their social standing through these opportunities. This is the idea behind ‘positive discrimination’ that we have in many of our countries.

Within this idea, certain members of society who are disadvantaged will receive special benefits such as scholarships to try and assure that everyone has equal opportunities to achieve. Those who are not equal, in this theory, are therefore those who do not enrich society with the same merits.

On the other hand we have égalités des places, a system that guarantees an equal distribution of wealth and social standing regardless of strengths or talents of the individual. 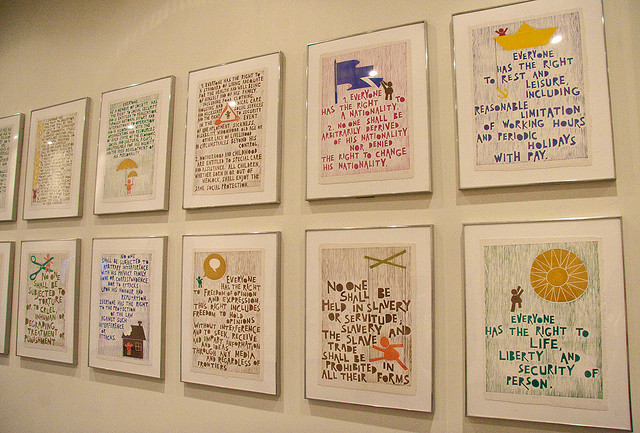 In France, practices of ‘positive discrimination’ are completely unacceptable – any form of discrimination goes against Republican ideals. Strictly speaking, from the French Republic’s perspective, every French citizen is homogeneous and so shall be treated the same with an even distribution of wealth throughout society.

Although the French system tends to favour égalité des places, throughout French history the tension between these two forms of equality has created many a headache. Invariably as one form of equality takes dominance, problems of inequality that the other system was created to counter arise.

So where does France stand with equality today?

The most important foundation for any society’s harmony surely begins in education. Perhaps this is why the government’s proposed program of L’ABCD de l’égalité created such controversies in the French press. The program was aimed at promoting equality between boys and girls from a young age through a structured and compulsory classroom course.

Heralded as a step in the right direction by many equal rights activists, some parents however expressed concerns that such classes would erase gender differences.

“The press decried this as a failure of the French government to uphold the very ideals that define France: liberté, égalité et fraternité.”

Given the equality legislation was so strongly backed by government in early 2014, many in the French public were shocked when education minister Benoit Hamon announced on 30 June that the government would no longer be going ahead with the proposed equality classes.

In their place, from September, already qualified educational workers will be able to choose whether or not to undertake an equality course, while qualifying teachers must take it compulsorily. Instead of overcoming inequality through education of the nation’s young, the government will be offering optional classes to teachers, who then may choose to implement their knowledge in the classroom – or may choose to keep equality lessons out of the curriculum completely.

The press decried this as a failure of the French government to uphold the very ideals that define France: liberté, égalité et fraternité. Women’s rights groups and left political commentators in particular criticised the already unpopular Hollande government for the new optional teacher-training alternative to the classes.

What does this mean for equality in France?

Minister Hamon insists that these watered-down measures will still promote equality between boys and girls, without “deny[ing] differences” between the two sexes. Equal rights groups have criticised the government for their retreat, particularly given the evident discrimination based on sex in French society. 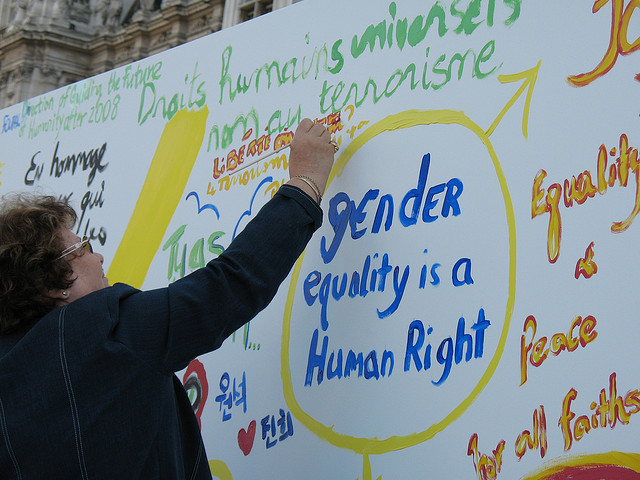 The government, however, has claimed that given the “electric” tension in France aujourd’hui, it is not the time to promote gender-equality in education. If ‘bad timing’ is the excuse, surely any government could use it to bypass important equality measures in France?

France has often been at the forefront of equality laws and led the way as the founding country of Human Rights. Although they outstrip many other countries in these measures, it seems France still has a few more hurdles to jump before a degree of equality acceptable to French citizens can be found.

Having said that, although the French system of a strict adherence to equality laws may not be perfect, it still protects many French citizens’ rights. The tension between inequality and equality however, is a problem the world over: one we all must strive to resolve.

What are your experiences of equality in France? What do you think about the Hollande government’s abandoned proposal? Join the conversation in the comments section below.