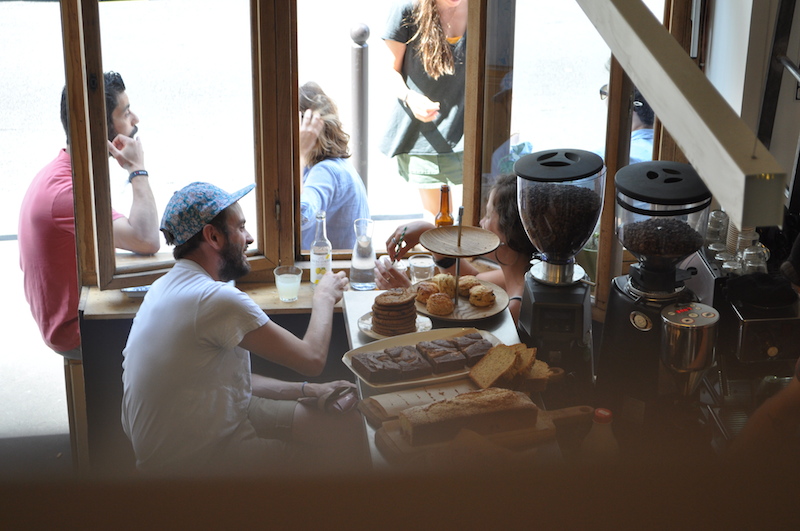 It’s just after 3pm, and the queue at Ten Belles near the Canal St Martin in Paris is out the door. Perched beside the railings on the mezzanine, Mardi Michaels (of Eat, Live, Travel, Write) and I make a study of the café and its clientele.

We develop an unofficial game of ‘spot the French person’. Sure signs are: if they order a coffee, down it and leave; or, they ignore the latte foam art and either scoop up all the foam at once or just stir it down into the coffee.

If they’ve thoughtfully preserved the elaborate pattern on top of their coffee, having only scooped with the spoon around the edges, and are drinking from the exact same spot on the cup each time – they’re almost certainly a foreigner (with overwhelming odds that they’re Aussies).

A French revolution – but not as we know it

From our observations, it’s clear that the coffee ‘revolution’ has well and truly arrived and settled into Paris. However, it’s also clear that les Parisiens are still yet to truly adopt the full extent of the coffee culture found in other cities around the world.

Nicolas Piégay was one of the first café owners of his kind in Paris when he opened KB Caféshop (then known as Kooka Boora) in November 2010. Nicolas is quick to reject the notion of a ‘coffee revolution’ in Paris, however.

“I hate the term,” he tells me over coffee at KB. “I think this is happening all around the world – not just in Paris. I think there’s a global revolution, and it’s just that it’s happening here a lot slower.”

Before KB, there was only one café in the whole of Paris focused on the appreciation of good quality coffee: La Caféothèque. As Christina Montenegro of La Caféothèque tells me, when the café opened in 2005, it was tricky explaining what it was all about to the French.

“There’s a tradition of tasting tea, but for the French people, coffee is more like an excuse for hanging out or being in the terraces,” she explains to me in the bright corner room of La Caféothèque. “So at the beginning it was hard, you know, because people really didn’t understand.”

Why, then, has the phenomenon taken so long to catch on in France? And is it still struggling to find its feet? In Piégay’s opinion, it has something to do with a lack of understanding and appreciation for quality amongst the French people. If this were true, our notion of the French love for the ‘finer things’ could be turned on its head.

Christina, on the other hand, is more encouraging. From her point of view, the French are still very much about appreciating these ‘finer things’, but for them, coffee has never fallen into this category.

Back at Ten Belles, the stream of customers in and out of the cafe is steady throughout the afternoon. Many are expats and travellers, but just as many are locals: bespectacled, bearded, tattooed and/or ponytail-bearing Parisians. 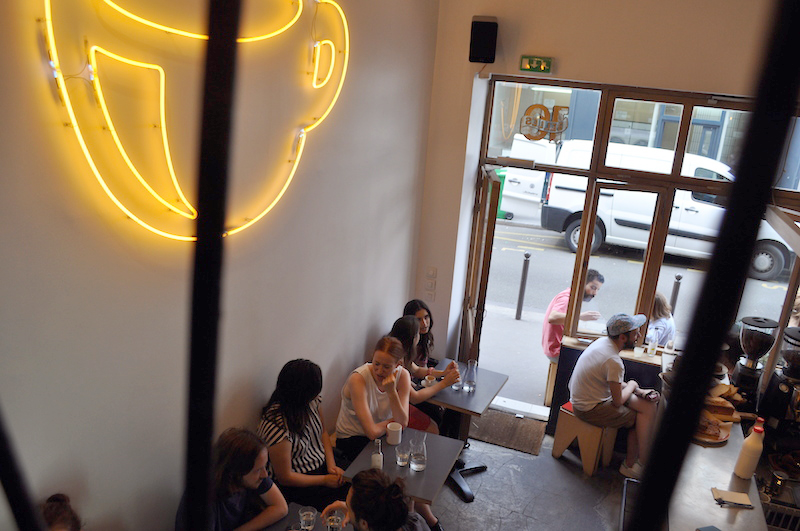 Watching their coffee drinking habits from our vantage point, it occurs to me that Nicolas’ assertions seem like they might not be far from the truth.

So, does the old adage of a leopard never changing its spots apply to the French and their attitude toward coffee? Only time will tell…

Understanding the phenomenon: the French perspective

I recently spent some time in Paris visiting these places to understand more of what was going on: how do the French fit into the so-called ‘coffee revolution’? Why is French coffee so awful to begin with? And will the French ever really get it?

While it’s unsure if the French will ever fully embrace coffee culture in the same way as many Anglo and Scandinavian countries have, it’s certain that this new wave of coffee experts and entrepreneurs in Paris are something to be impressed by.

Most are very young (still in their twenties), have travelled the world and lived overseas, or have made the move to France from their own home countries. And once you add on the fact that setting up business in France is rarely simple, what they’ve done is all the more impressive.

So, join us and acquaint yourself with the many cafés of the French capital. Where to start? Our top ten best coffees in Paris, bien sûr. Click here to read.

Think you know the best places to have coffee in Paris? Stay tuned for our top ten, and leave your suggestions with us in the comment box below!