Stories set in stone: how to read a French gothic cathedral – Part 3 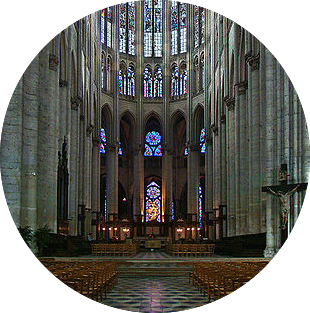 Walking into the rather oddly-shaped cathédrale Saint-Pierre de Beauvais can be an unsettling experience – if you know its history.

The (literal) rise and fall of the French gothic cathedral

Construction began on what is now France’s highest nave (reaching just over 47 metres) in 1225 but was not completed until many decades later. However, at 8pm on 29 November, 1284, the archives record that “the great vaults of the choir section fell and several exterior pillars were broken; the great windows smashed … and the divine service ceased for forty years”.

The cathedral was slowly rebuilt by the 1340s, but work stopped in its tracks and remains there still after parts of the central crossing tower collapsed on April 30, 1573. This happened just a few days after it had been completed, and apparently only 20 minutes after the procession for the morning mass had passed underneath!

In many ways, overly ambitious Beauvais represents the beginning of the end of the movement that had inspired the magnificent French gothic cathedrals. 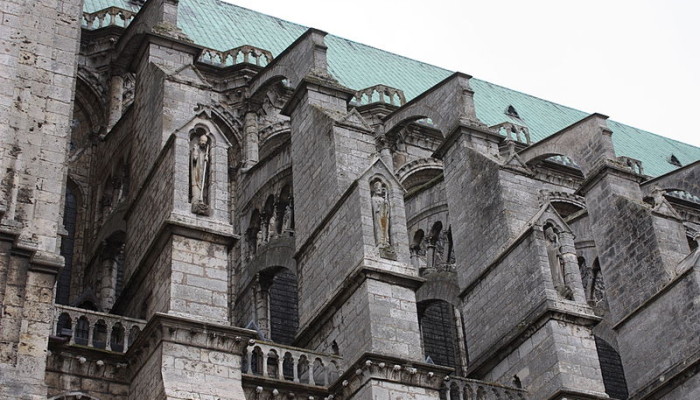 Just like the competition between French towns to house the most significant Christian relics we explored in Part One, ever higher cathedral structures represented another form of urban rivalry, challenging skilled craftsmen to accomplish increasingly daring designs. 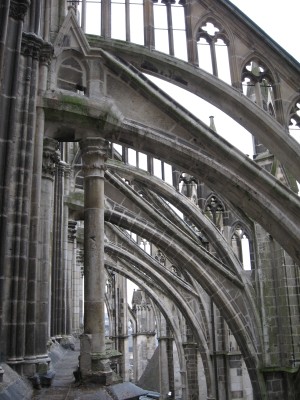 John hit upon three aspects to which the new challenge aspired: height, complex vault structures, and internal light. But soaring higher towards the heavens while simultaneously thinning the heavy walls and increasing the proportion of glass in the structure demanded new forms of support. This is where flying buttresses, commonly associated with the gothic cathedral, come in. These distributed the weight of the heavy stone walls and allowed them to be pierced to let light inside, creating the ‘cage-like’ structure we see today.

Ambition and achievement come together in the unified structure of Nôtre-Dame de Chartres. It has a nave height of 37 metres: taller and larger than any other French cathedral at the time of its construction, rising out of the fields that once surrounded the town. In fact, the buttresses here are very heavy, and considered overbuilt for the weight of the walls they were to support, but no one was taking chances!

Nôtre-Dame d’Amiens is France’s largest complete gothic cathedral, with a nave height of 42 metres and a confidence suggested by buttresses that were far more slender and elegant. Amiens’ two-tiered buttresses work to stabilise different parts of the wall structures.

At Beauvais, not only had the design been pushed to the limits, but the buttresses had also been thinned further in pursuit of allowing more light into the cathedral’s interior. 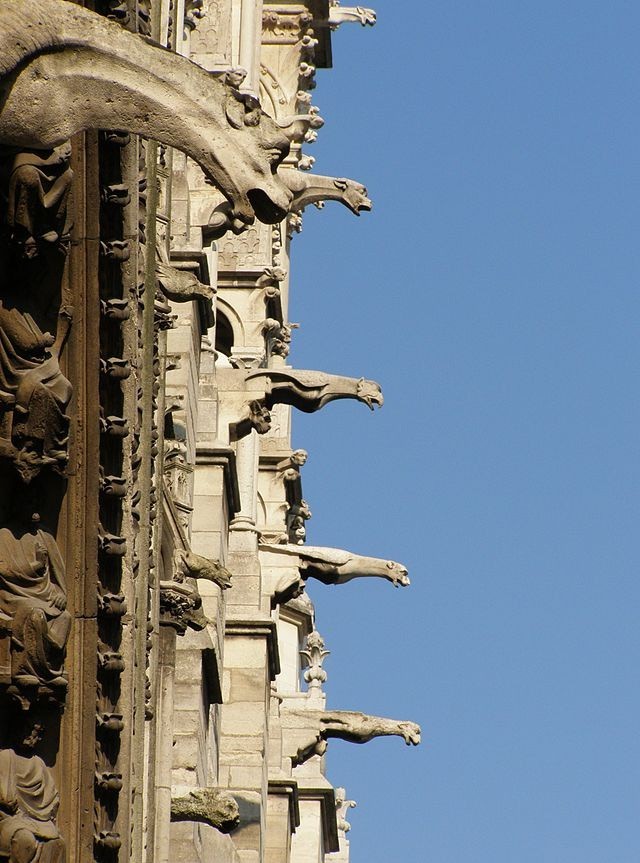 The rooftop of Nôtre-Dame de Paris provides a magnificent perspective on the beauty of flying buttresses themselves and spectacular views over the whole of Paris.

It’s also the best place to enjoy the many gargoyles that serve primarily as the ends of water spouts, drawing water flow out to the edges of the flying buttresses to be drained off the building.

These structures provide us with some feel for the spiritual worlds of their (often anonymous) creators. Their fears and fantasies are sculpted into these creatures who watch over the cathedral, the Catholic faith, and the people of Paris.

However, not everyone was a fan. St Bernard of Clairvaux (1090-1153) wasn’t too happy to see gargoyles adorning church buildings: “What is the meaning of these unclean monkeys, these strange savage lions, and monsters? To what purpose are these creatures, half beast, half man, or these spotted tigers placed here? … If we do not blush for such absurdities, we should at least regret what we have spent on them.” 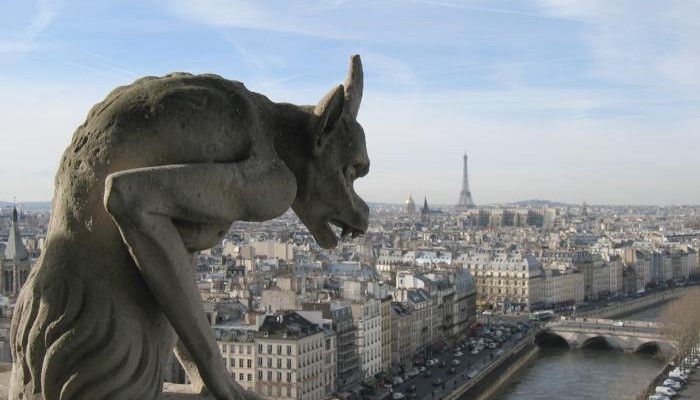 The other and more famous gargoyle and chimera creatures, however, are nineteenth-century additions, not original creations from the medieval world. These were added in a significant phase of ‘restoration’ work conducted by architect Eugène Viollet-le Duc and sculptor Victor Pyanet, representing their own ideas (sometimes fantastical) about the gothic past…

Which is your favourite cathedral in France? Have you climbed the 387 steps to the top of the Nôtre-Dame?