French film review: the vulnerability of ‘Being 14’ 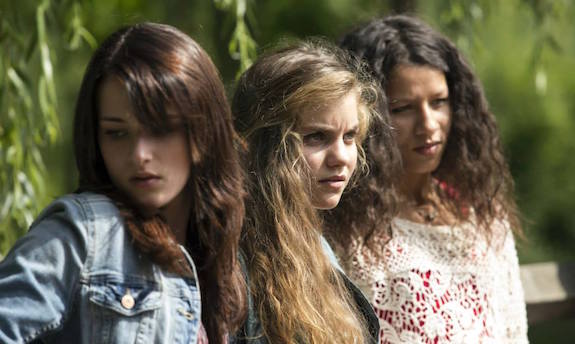 If you thought your high school days were bad, prepare to go into shock.

‘Being 14’ (‘Á 14 ans’) is another coming-of-age French film to add to the ever-growing list. But debuting director Hélène Zimmer exposes the everyday brutalities of surviving in this world as a young woman with a matter-of-fact approach.

French drama of a different kind

Armed with a near anonymous team of fresh faces, Zimmer follows a year in the lives of Sarah (Athalia Routier), Louise (Najaa Bensaid) and Jade (Galatéa Bellugi), three teenagers entering their final year of junior high.

In their world, identities are forged within hallways and their choice of companions determines their desirability. The opposite sex provides a looping soundtrack of sexual harassment, responsible for a girl’s newfound popularity just as much as it is for pushing her over the edge. 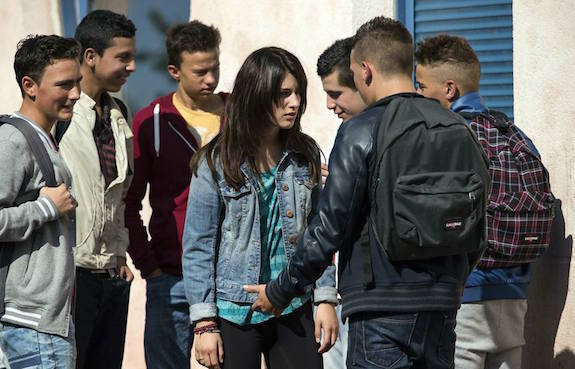 For fear of social suicide, no girl dares to stand up for herself. The girls tolerate insults from teenage boys until they hear them as compliments, wearing objectification like a badge of honour. They become so immune to slut shaming that they inflict the same treatment upon their so-called friends.

Away from school, the situation isn’t much better. Instead of finding refuge, fights break out across dinner tables, role modelled by physically abusive adults. Daughters are told not to hang out with so-and-so and to pay an absent family member a visit. The girls are a constant disappointment, but if they are crying out for help, their mothers don’t want to hear a peep.

A stellar debut for a young French film director

At the ripe age of 23, it’s clear that Zimmer has a firm grasp on the emotional turmoil of adolescence. Substitute the French classroom for any other around the world and these dramas ring out universally. The young director is crafty, subtly drawing out traces of vulnerability in her protagonist, Sarah, that every once-teenager can identify with. 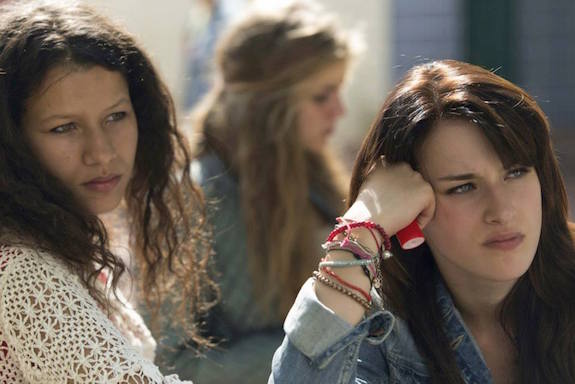 It’s in those intimate moments stripped from all the bravado, profanities and away from the haze of smoke that Zimmer’s storytelling is so powerful. She strings you along with her prying hand-held camera to remind you that these girls are only fourteen. They might appear confident to the public eye, yet a longing glance or a hunched over back suggest otherwise.

There’s something remarkable in simply documenting the world of emerging women while they strive to find their place in it. ‘Being 14’ is an uncomfortable look into the future that, much like its characters, demands to be noticed.

Have you seen ‘Being 14’? What was the most recent French film you saw? Let us know in the comments below!

All images courtesy of the ‘A 14 ans’ Facebook page.