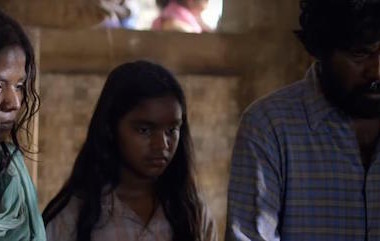 For our next French film review, as part of the Alliance Francaise French Film Festival which recently wrapped in Australia, Jordy Finch reviews Jacques Audiard’s ‘Dheepan’.

‘Dheepan’ is an eloquent and revealing film about the refugee crisis of today. Directed by Jacques Audiard, ‘Dheepan’ was the winner of the Cannes Palme d’Or, and few are left to doubt why.

The film depicts Dheepan (Antonythasan Jesuthasan) as a serious character attempting to escape his own violent past. Yet despite putting geographical distance between himself and his past, Dheepan cannot seem to rid himself of his role as protector of his ‘family’.

From the beginning of the film, the camera dynamically captures the despair and violence of war ravaged Sri Lanka. Among this chaos, two adults and a child are united under the auspices of a family, in order to escape there surrounds to seek asylum in France. 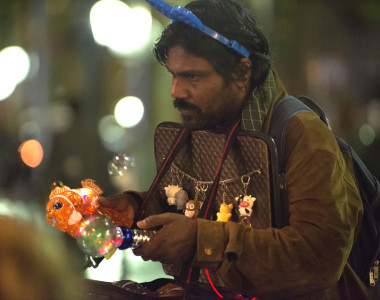 The desperation of their situation is rendered through impeccably emotive camera shots portraying softly swishing palms and close up shots of beautiful, slow-moving elephants—contrasted with the turmoil of the trio’s voyage.

Stranger in a strange land

The destitute and corrupt outer suburbs in France are depicted as complex community structures where gangs work and dwell alongside desperate and poor migrant families. Viewers are drawn in to the complexity of these structures as Dheephan, his ‘wife’ Yalini (Kalieaswari Srinivasan) and nine year old Illayaal struggle to find their own sense of place in this far away land, while continuing to hide the secret of their ‘family’. 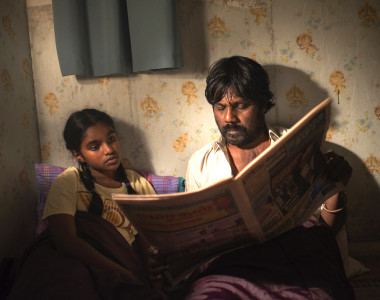 While the final scene is an ethereal and dream like ending to an otherwise realist interpretation of topical issues, it leaves viewers questioning the truth in the finality of the film. Viewers are left with a resounding feeling of doubt on the fate of the characters, in which we have become absorbed through Audiard’s skillful character development.

‘Dheepan’ draws on relevant themes facing both France and society globally as refugee crises pose many problems—from the voyage to the resettlement within new and foreign societies. The film sheds light on the migrant experience and issues within France through the empowering story of the couple’s struggles in everyday life as they forge new identities and come together in the midst of mutual adversity.

Have you seen ‘Dheepan’? Let us know what you thought about this French film review in the comments below!