Alain Mabanckou: a journey through the world of French language 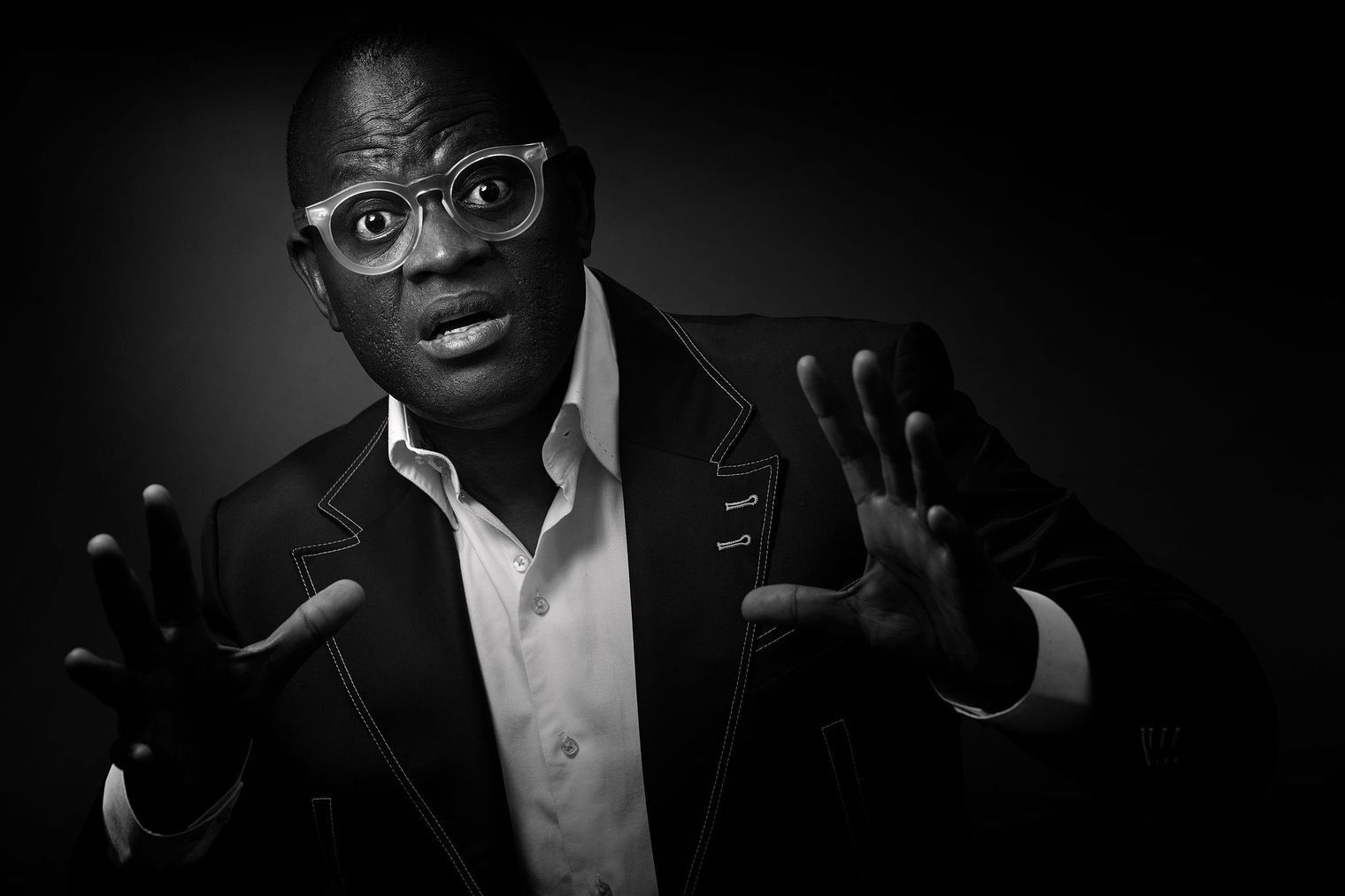 A small underground theatre in the Alliance Française building in Paris is filled with well-dressed men and women. Eagerly leaning across their armrests, they’re discussing the arrival of one of the foremost modern writers of French literature: Alain Mabanckou.

Mabanckou is not a name that’s well known in the Anglophone world, but his novels, poetry and non-fiction have received some of the highest accolades in French literature. In 2015, he was a finalist for the Man Booker International Prize for two novels ‘Black Bazaar’ and ‘Broken Glass’.

On September 20, he visited the Alliance Française for an evening discussion about his new book, ‘The world is my language’. This latest release comprises a collection of encounters with Francophone and Francophile writers from all over the world.

When is French not French? 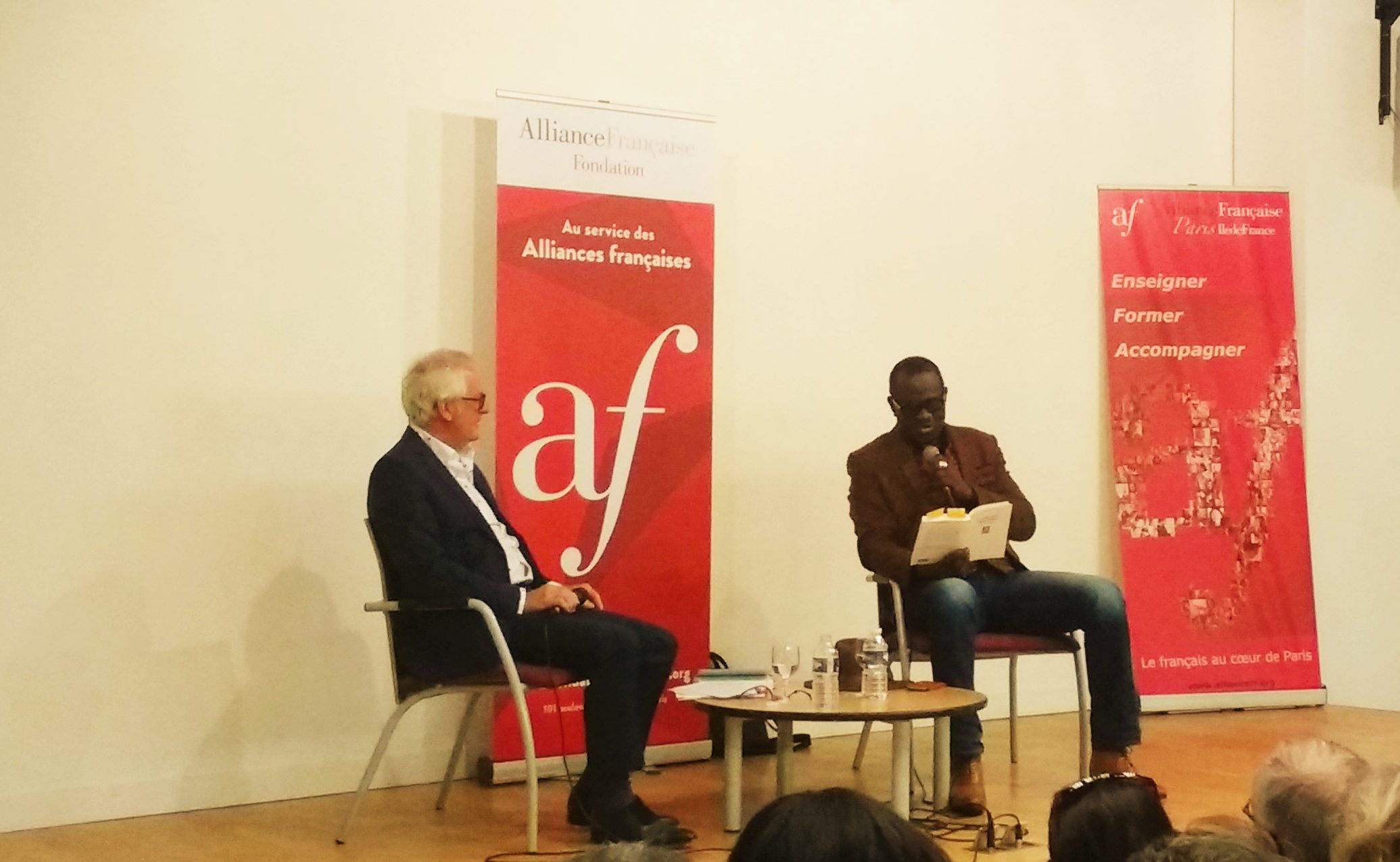 The Q&A session kicks off discussing the notion of La Francophonie, which is central to ‘The world is my language’. Mabanckou defines it as “this space in which we are brought together by the French language”. To illustrate the diversity of French dialects, and to get everyone laughing, he teaches us a phrase that originates from Senegal: “d’avoir un deuxième bureau”, to have a ‘second office’, meaning to have a mistress. You can even have a “troisième ou quatrième bureau!” he adds.

Born in Congo-Brazzaville and now a French citizen, Alain Mabanckou is often introduced as a ‘Francophone writer’. He unpicks the loaded meaning of this distinction from his France-born contemporaries:

Mabanckou traces the distinction back to the ingrained idea that literature coming out of former colonies isn’t ‘true’ French literature: “It’s unconscious because in this country we’ve always had a problem teaching about colonial history”.

‘The world is my language’ His new book joins up the dots of this diverse Francophone world by talking to French-speaking and Francophile writers, as well as strangers he meets on the way. He describes it as a “voyage littéraire” and includes a map with points showing all the different cities where the authors live.

Many of the conversations take place in the writers’ homes. This isn’t just for convenience; he wants the reader for the first time to feel they are stepping into the kitchen of a writer and to “see literature in a humble light”.

Mabanckou enigmatically calls ‘The world is my language’ an “autobiography of others”, perhaps in that he talks to his inspirations, the writers who made him who he is? He doesn’t elaborate. As in his writing Mabanckou has a way of talking in somewhat cryptic, humorous phrases. On the subject of performance in his writing, he jokes that “the only difference between a stripteaser and writer is that a stripteaser takes off their clothes while a writer covers themselves up”.

The marked impression you get from listening to Alain Mabanckou talk is of warmth, genuine positivity, wit and a passion for discovering the world. He’s not a writer born into privilege, he tells us how he used to start work at 4am cleaning at a McDonalds in Paris, and then again after his classes at law school. Now he lectures at UCLA where he is something of a celebrity. His lectures are full to bursting with African and African-American students, who he says mob him after lectures with questions and selfie requests.

After working hard to get where he is, he says he always responds to people who take the time to write to him. African studies has long been overlooked in French academia and he wants to inspire other writers to not be confined by stereotypical expectations of African literature.

Alain Mabanckou: a name to remember Mabanckou is certainly a writer that defies expectation; each book brings something completely new. ‘Memoirs of a Porcupine’, tells the story of a murderous porcupine, while ‘Blue White Red’ spans migration in Paris and post-independence in Africa. As he says, “even if you’ve won a Nobel Prize, you have to write like it’s your first novel”.

You can buy ‘The world is my language’ in French here; an English translation is yet to be released.

Have you read any of Alain Mabanckou’s books? What did you think of them? Join the discussion in the comments box below!