Advancing like an escargot: the representation of French women in politics 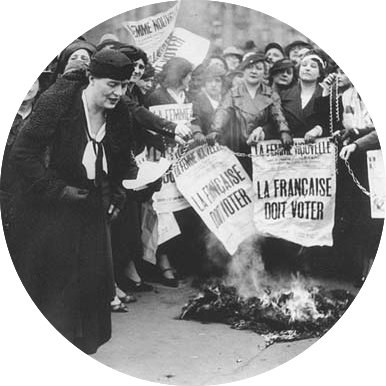 Despite the fact that France’s population is approximately equal in terms of gender; men continue to heavily dominate French politics. French women hold only a quarter of the seats in the National Assembly, and the same ratio applies in the Senate.

France’s minister of education Najat Vallaud-Belkacem said recently, “Well the government is made up of 17 women and 17 men just as Hollande promised, but outside that, in the rest of politics, it is a catastrophe.”

French women were first granted the right to vote in October 1944. Yes, you read that correctly: 1944. That’s over 150 years after the establishment of liberté, egalité et fraternité.

Charles de Gaulle gave it to them by decree issued by the Gouvernement provisoire de la République française in Algeria. It was for their contribution to the war effort. Or so he said. But many believe there was an ulterior motive. He was gambling that women would vote conservative and thus see off the communists in the forthcoming post-liberation elections.

Le grand Charles’s political ideology also coloured his ideas in other spheres – he was intent on revising the narrative of the fall and occupation of France. So in an attempt to reunite France, he massaged the facts concerning the number of résistants versus collaborateurs during the Occupation.

De Gaulle also downgraded the involvement of female maquisards. Between 1940 and 1946 he awarded over 1000 Compagnons de la Libération. Only six were presented to women.

Not only were French women under-valued for their contribution to booting out the Nazis – they were ruthlessly scapegoated where there had been liaisons and affairs with Germans. But for many, there’d been no alternative. Women were left with little or no income as their husbands were among the 1.8 million French POWs imprisoned in German camps.

Fear and hunger were commonplace. Rationing and shortages made keeping a family together an ongoing nightmare. A relationship with a Boche was often the only way out.

The birth rate boomed. But attitudes hardened at Liberation and the consequences were severe. Being pregnant or having a child by a German soldier was now considered tantamount to treason.

In late 1944 (when French women were first thinking about voting) a reign of terror swept France in the wake of the Wehrmacht retreats. Known as the épuration sauvage, it was a time of finger-pointing and the settling of scores. Women bore the brunt of this savagery. Head shaving, naked parades and being tarred and feathered were some of the consequences for collaboration horizontale – women who’d had sexual relations with Germans. 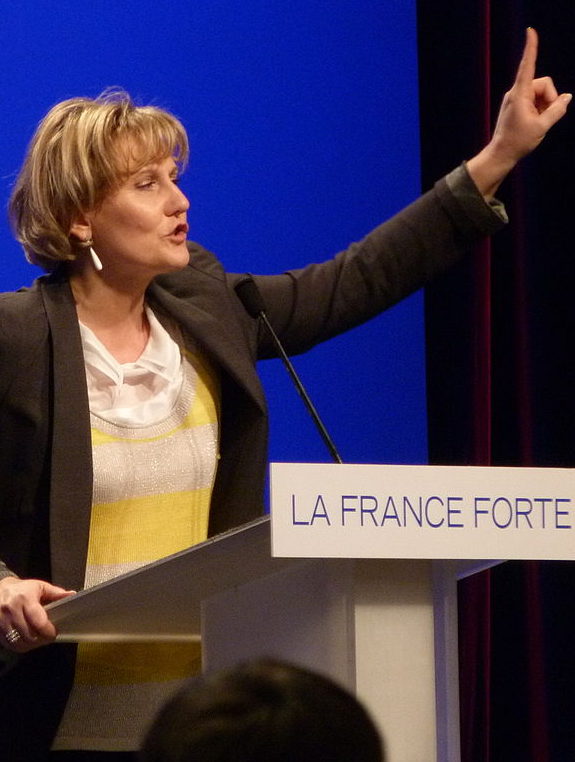 Today, 70 years after de Gaulle’s gamble with the women’s vote, ‘snail’s pace’ could well describe the progress of females in politics in France. Although things have improved in recent years, they still seem to have the caca end of the stick.

But let’s not spend too much time laughing up our sleeves at French women in the parliament trailing behind. Some Anglo-Saxon countries are hardly better. For example, in the UK female representation in the upper and lower houses is 29 and 25 percent respectively. In Australia, it is 27 and 38 percent.

So finally, here’s the rub: how long do you think it will take women to achieve worldwide parity in politics? Or is, “What is the meaning of life?”, an easier question to answer?

Do you think women are under-represented in France and the world? What changes would you like to see? Share your thoughts and comments with us in the comments box below.