What a food fight! or was it the French presidential debate 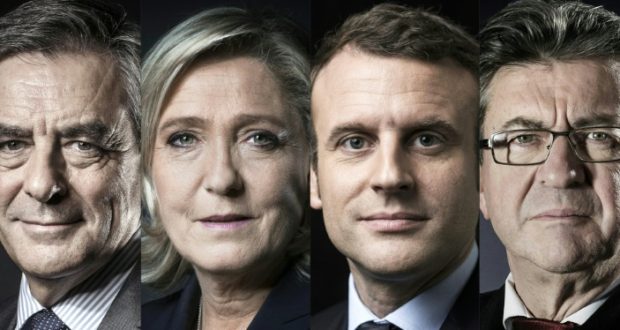 This article was contributed by reader-member Keith Van Sickle. You too can provide the occasional article or suggest article topics for MyFrenchLife™ – MaVieFrançaise®. As a member, you can submit content and also join the conversation through the comments section below.
To become a member make sure that you sign up! See the red button top right of this site. 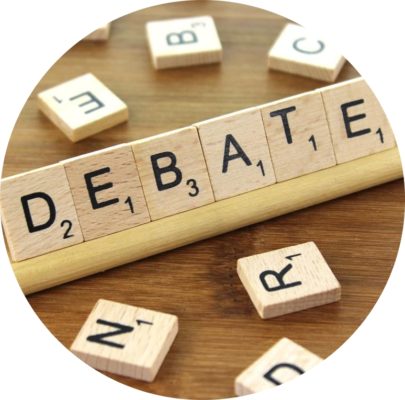 The US political system is so crazy these days that I thought I should see if the French can do better. But it looks like we may have to call it a tie. Here’s what happened…

France will elect its president soon with the first round coming up this weekend and recently there was that big debate – you saw it didn’t you? The French presidential debate usually pits just the leading candidates against each other, but, hey, that could be boring.

This selective approach is supposed to weed out the extremists and make for a more reasonable debate.

Not this time. And it sure was fun to watch.

I guess the folks at BFM TV decided that since the leading candidates already included a few extremists, what’s a few more?

So, for the first time, every presidential candidate was on stage together, all 11 of them, ranging from the extreme left to the extreme right.

No problem, there were two – the candidates from the Worker’s Fight and New Anti-Capitalist parties.

Plus, there was Jean-Luc Mélenchon of France Undefeated, who had nice things to say about Karl Marx. 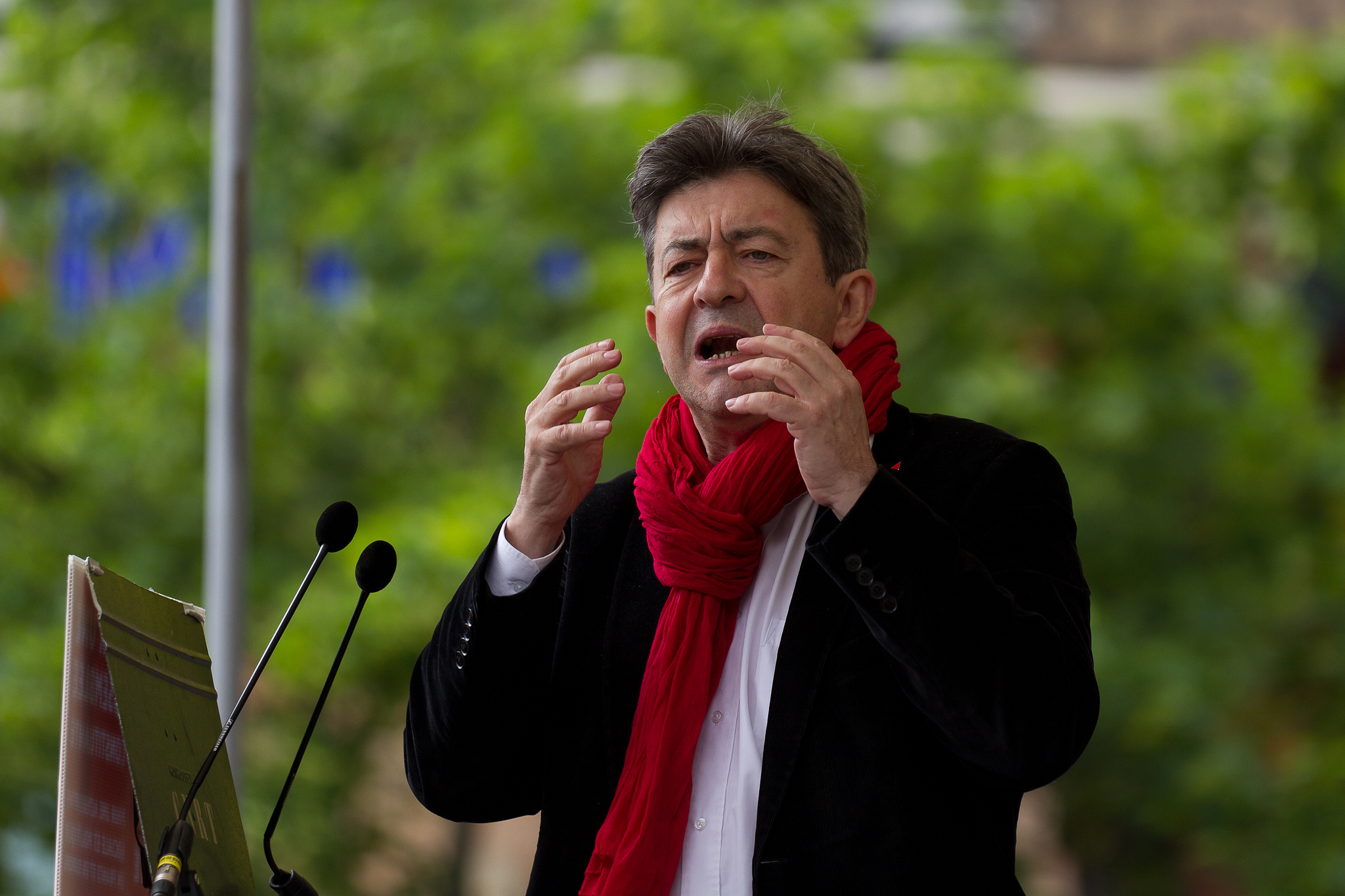 Ok, there was only one, Marine Le Pen of the National Front, but she comes by it honestly – her dad is one, too. I guess it’s the family profession.

And what’s a French presidential debate without a ‘Man of the People’? My favorite was the guy whose main qualification was, “I’m the son of a shepherd and the brother of a shepherd.” He’s definitely going to dominate among the shepherd demographic. 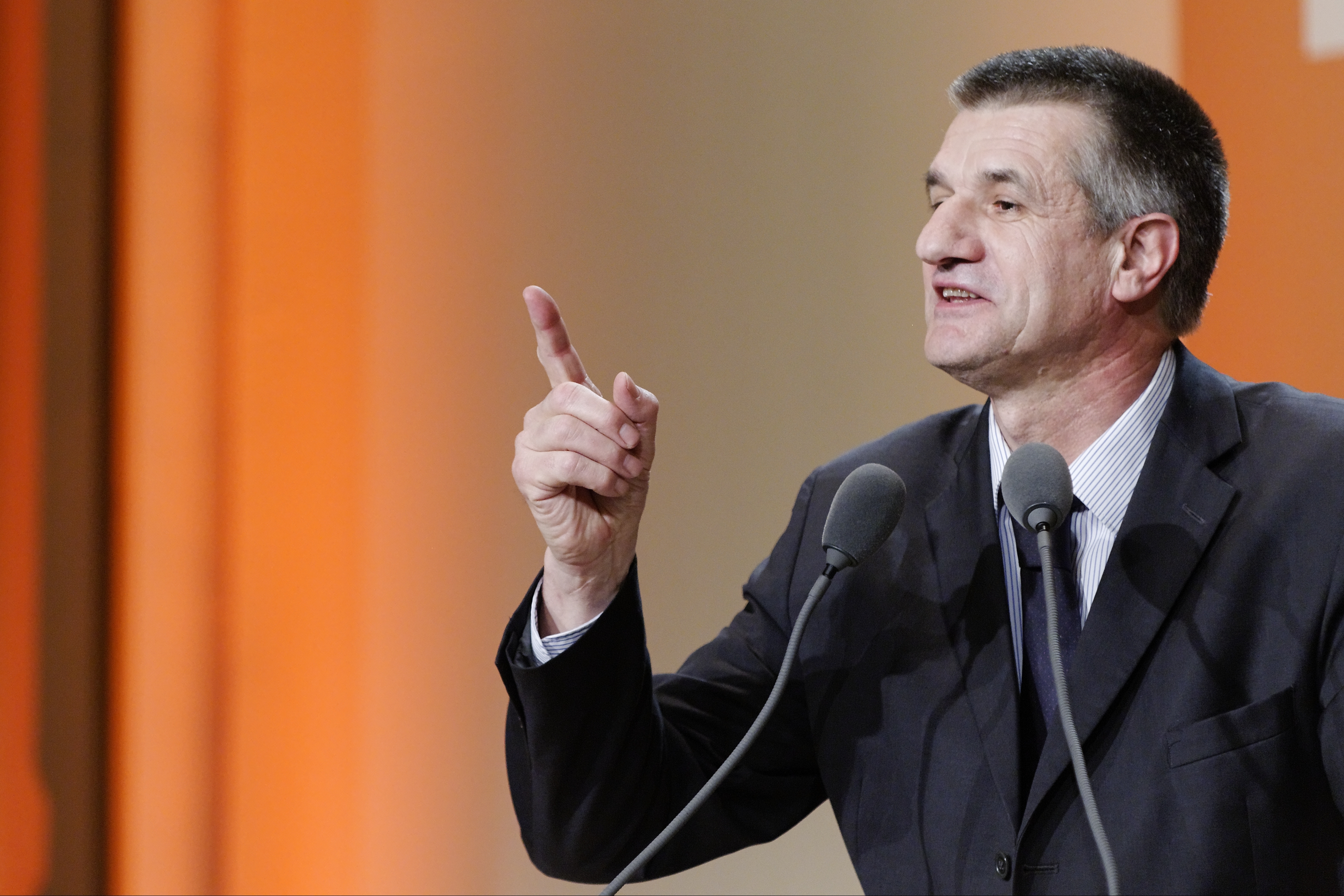 11 candidates on stage together reminded me of the early Republican primaries in the US. But unlike those debates, in France, no single candidate can dominate the debate because each gets the same amount of time to speak. It’s a nice way to let the minor party candidates show their stuff.

Except when some of them are wacky.

The winner was Emmanuel Macron, who currently leads in the polls. He didn’t say anything remarkable but he didn’t make any mistakes, either, which was the most important thing. He came across as smart, centrist and ready for the big leagues.

The loser was François Fillon, the once-leading candidate who has been laid low by a corruption scandal. He has the most experience and has some excellent ideas about the French economy. He may still make a comeback. But that night he tried to look calm and above the fray and instead came across apathetic.

Plus, he had to deal with the itchy-hands guy.

The candidates stood at podiums at the bottom of an amphitheater full of their supporters. It was so steep that when a candidate spoke, you could see just a few of the people sitting behind them – the faces of people in the first row and the laps of people in the second row. 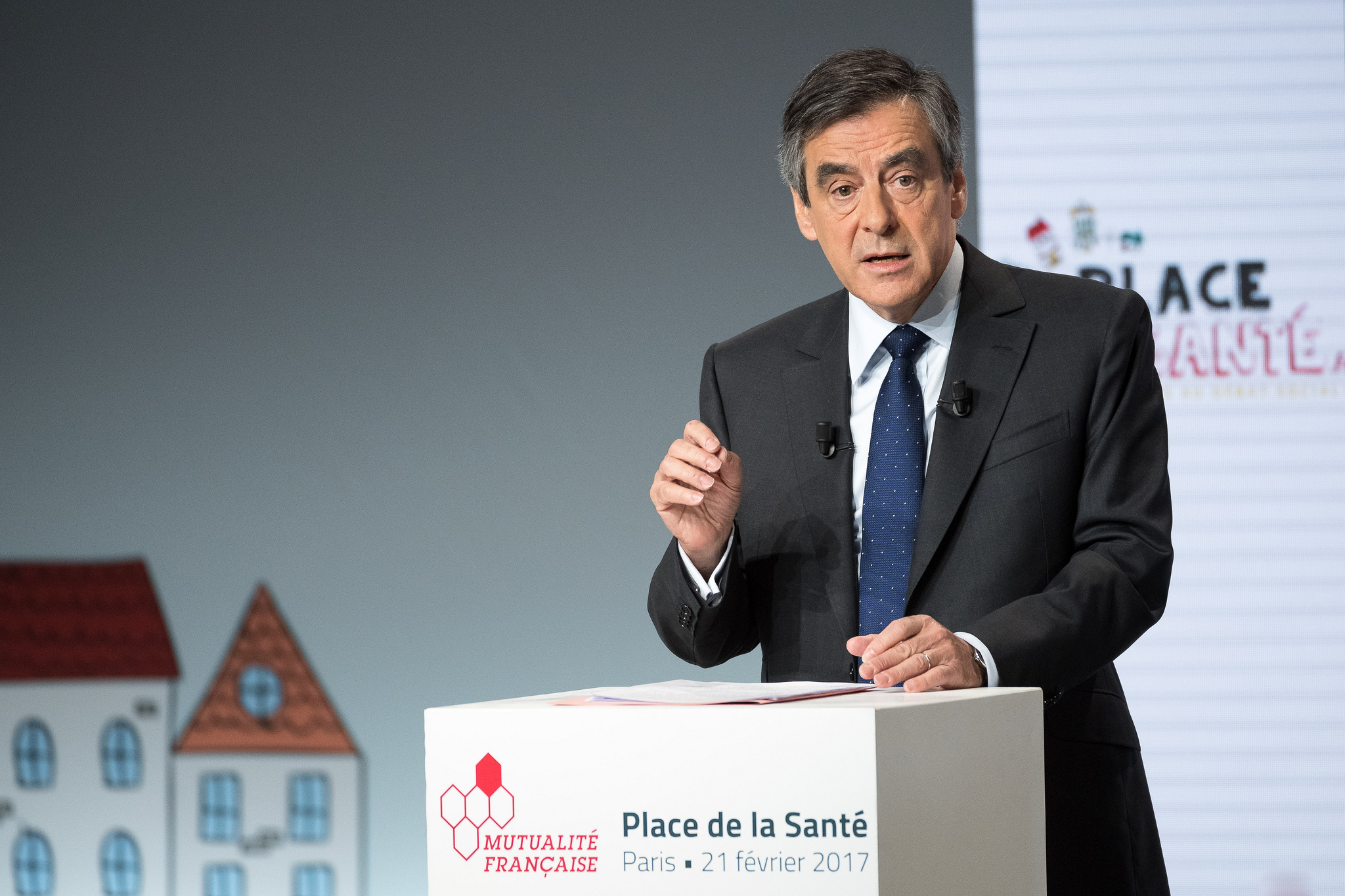 Unfortunately for Fillon, while he gave his opening remarks some guy in the second row decided to scratch an itch on his hand. And scratch. And scratch. So, while Fillon spoke, you saw this pair of hands just to the side of his head, scratching and scratching. It was mesmerizing – you couldn’t look away. I thought maybe we should call a dermatologist for this poor guy.

But overall, the Trotskyists were the most animated candidates.

The woman from Worker’s Fight had only one volume level – shouting – and blamed everything on capitalists who exploit workers “because it’s in their DNA.”

The man from New Anti-Capitalists spoke so fast it was unbelievable. And he never seemed to take a breath. I’m pretty sure he had 12 espressos right before coming on stage.

The French presidential debate was less than edifying, with lots of finger pointing. Everyone and everything, you can imagine, was blamed for France’s ills. Except for the French themselves, of course.

It was the fault of capitalism, immigrants, big bosses, Romanians, “the system,” the European Union, globalization, Muslims, and bankers. There were so many scapegoats milling around on stage that at one point they had to shoo some off to make room for more.

A few solutions were proposed and some were, um, interesting.

One was to reduce the workweek even further, from its current 35 hours down to 32. Another was to make layoffs illegal. A third was to “temporarily” nationalize some businesses.

And we wonder why the French economy suffers.

The high point came when the New Anti-Capitalist guy went after Le Pen. She’s a populist and presents herself as the “anti-system” candidate. She’s also been caught in a corruption scandal of her own, accused of taking public money for fake jobs. But she can’t be personally prosecuted because she is a member of the European Parliament and has immunity. 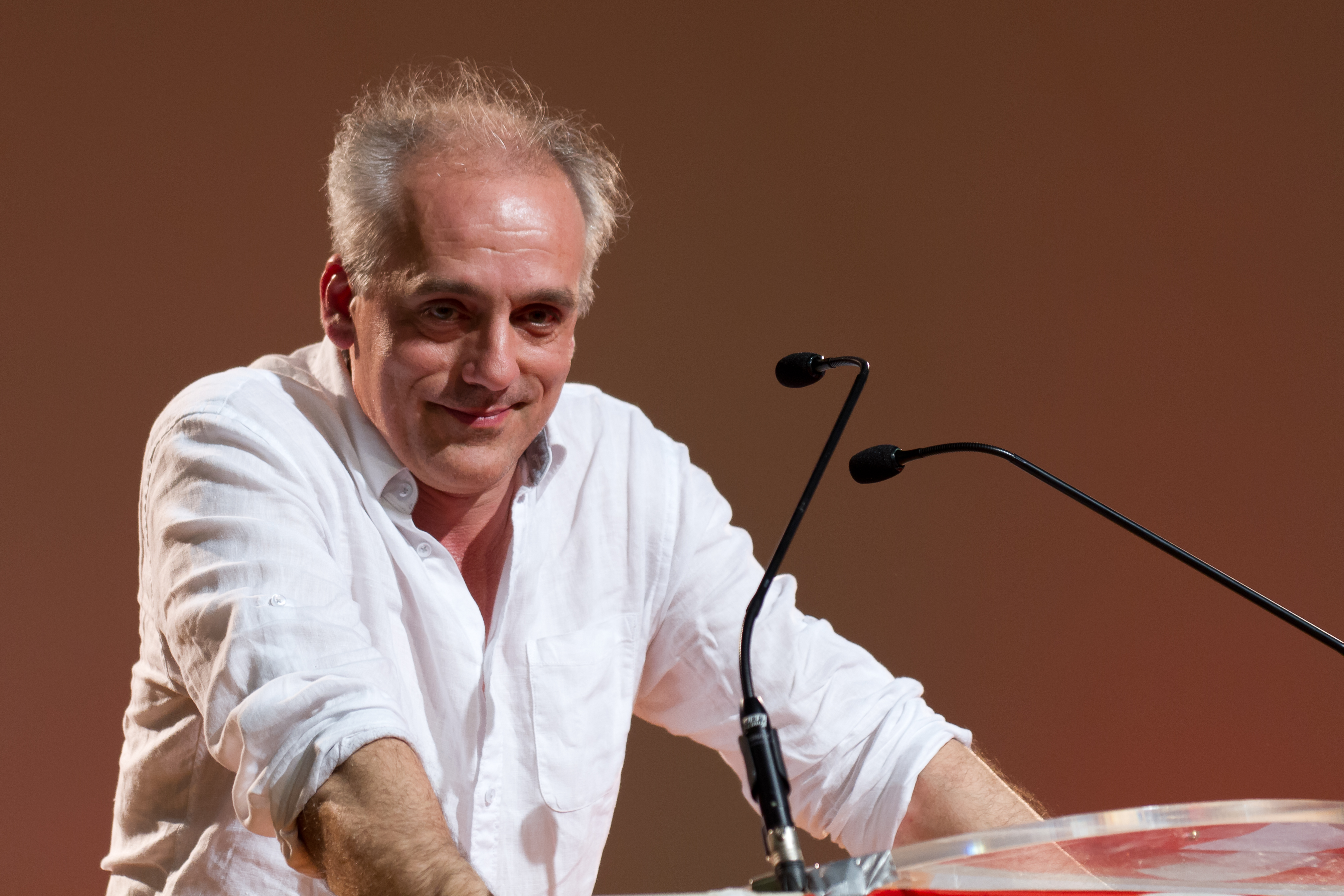 Pointing his finger and talking even faster than usual, the Anti-Capitalist guy said,

You steal from the till. And then, YOU who are anti-system, protect yourself with parliamentary immunity. But when WE, the workers, are summoned by the police, we don’t have worker’s immunity – we have to go.

For once, Le Pen was at a loss for words. Which was nice.

Did you watch the French presidential debate? What do you think of the candidates as the voting is about to begin? Let’s discuss in the comments!

Acknowledgement:
Keith Van Sickle is the author of ‘One Sip at a Time: Learning to Live in Provence’, available at Amazon