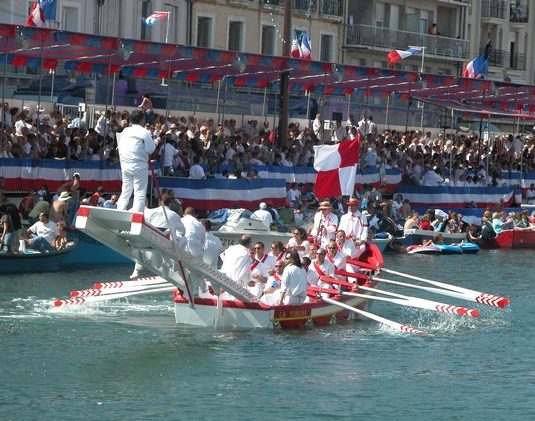 There’s an abundance of festivals in France; music, art, food, wine and more. However, the Saint Louis Festival, in the attractive maritime town of Sète in the south of France, is one of a kind.

The Saint Louis Festival celebrates King Louis XIV, founder of the town of Sète, as well as the Languedoc nautical jousts. Each year for six days around August 25, a traditional water jousting tournament takes place in the town bringing thousands of tourists and water jousting enthusiasts.

So what exactly is water jousting? And how did such an unusual sport become such a strong tradition? 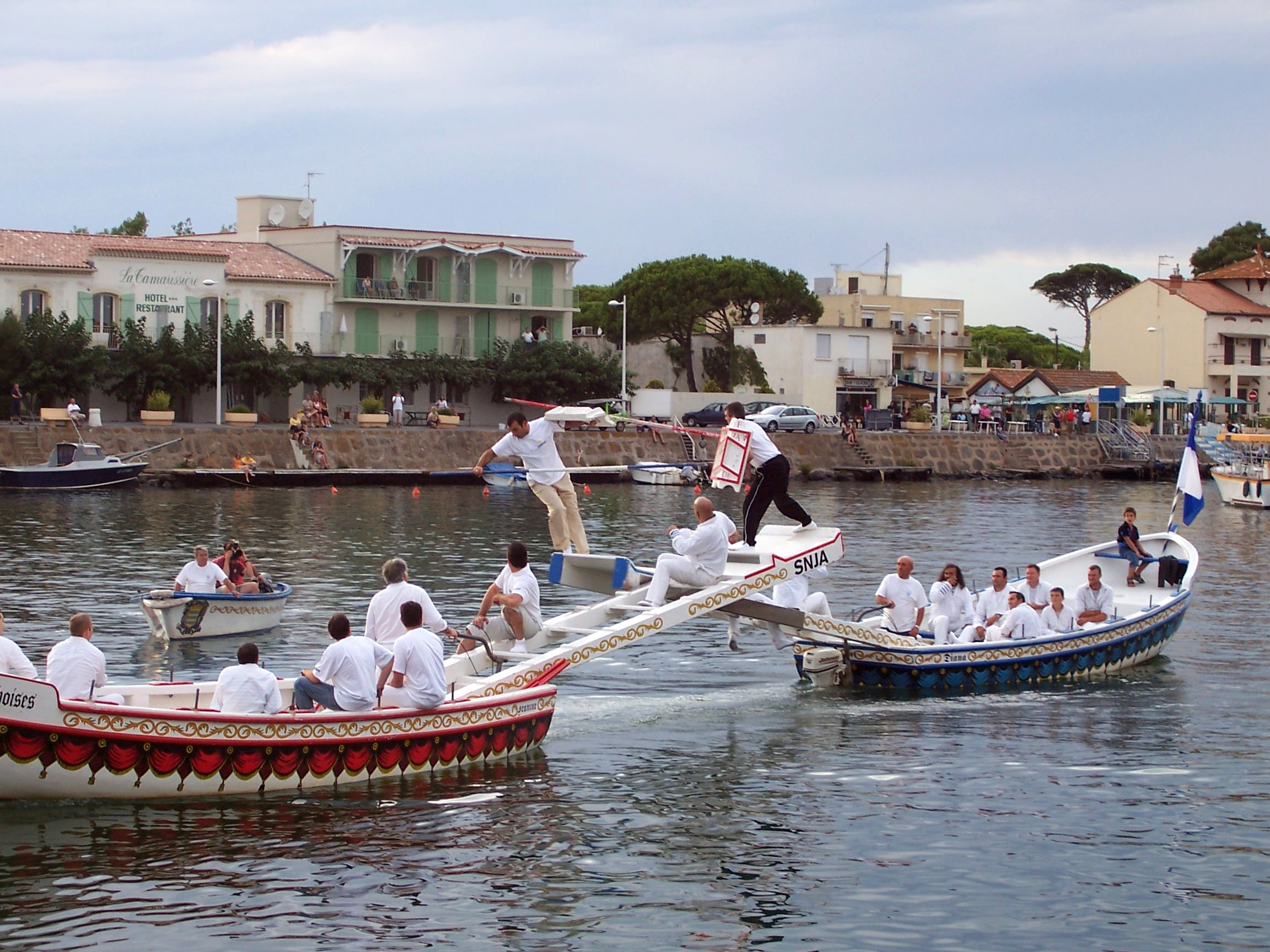 A tradition dating back as far as Egyptian times, water jousting was also a popular medieval sport in the south of France and is now a huge part of Languedoc traditional culture. The first water jousting tournament in Sète took place in 1666 during the inauguration of the port of Sète.

Today, crowds gather along the quay of the Canal Royal (wine in hand) to cheer on the participants competing in the ‘World Championships’. The winner of the heavyweight tournament gets their name engraved on a shield which is then displayed in the Paul Vallery Art Museum in Sète – a great honour!

So, how does water jousting work?

There are two wooden boats, one red and one blue. This originates from traditional times when a young bachelor in a blue boat would challenge a married man in a red boat. The boats are long and at one end is a ladder known as a ‘bigue’ supporting a platform, ‘tintaine’, two metres above the water. The jousters are perched on the tintaine of their boats dressed in white, holding a lance and shield.

The boats are propelled by ten oarsmen and sitting behind them are the musicians – an oboist and drummer – playing traditional jousting music which helps the oarsmen to row in sync, all the while building suspense and encouraging the jousters.

The aim of the game is to knock the opponent into the water. The boats approach each other and as they pass the jousters prod each other with their iron-tipped lances with the hope of sending their opponent overboard.

For spectators, water jousting is brutal, refined and entertaining all at once. But according to one blogger, “the real attraction is that of waiting for men, and sometimes small boys, to be pushed into the sparkling ripples of the canal.” Even very young boys learn to joust, but they don’t start in water; they start practising by standing on a plank with wheels (a ‘chariot’) and are tugged along by an adult, still wearing the traditional attire of course.

How to best enjoy Sète when at the festival 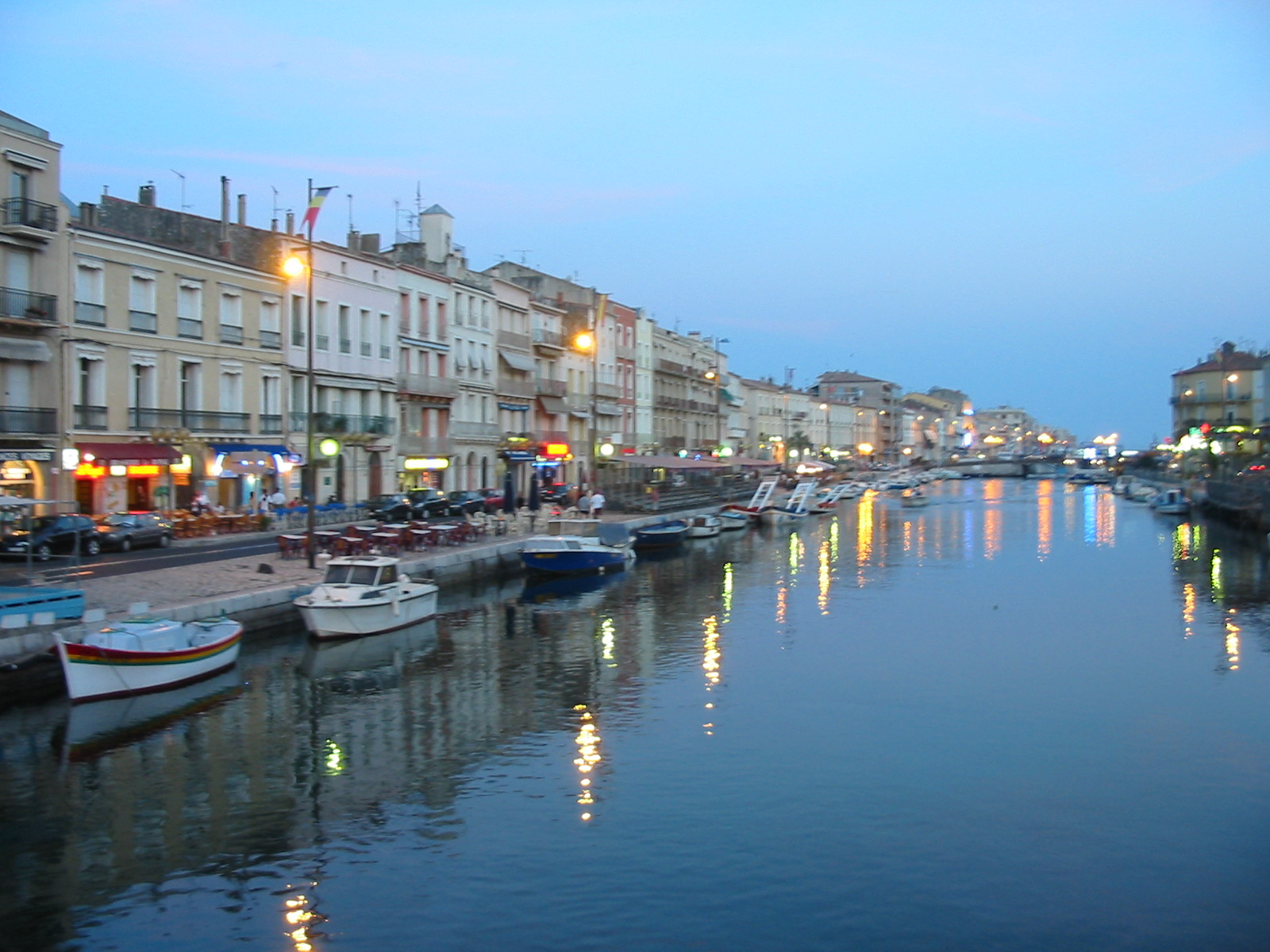 Are you intrigued by this unique festival now?

The Saint Louis Festival can be enjoyed by all – there are many festivities on dry land too– bars and restaurants stay open late.

To make the most of your visit here are a few tips which will enhance your visit.

I’d recommend enjoying a seafood lunch at one of the many great restaurants before settling into the colourful grandstands to witness les joutes!

Why not spend a few days in Sète to fully experience the Saint Louis Festival and explore this beautiful seaside town. There are many great accommodation options.

Water jousting really is a spectacle that needs to be seen to be believed, you won’t be disappointed!

What’s the most unusual festival you’ve ever been to? Would you like to experience water jousting in Sète? Let us know in the comments below!