The ‘68 riots and the French fight for sexual freedom: Egalité! Liberté! Fraternité! Sexualité!

France has a long history of riots and revolutions. As everyone knows, on le quatorze juillet 1789, the Bastille was stormed by revolutionaries. The sans-culottes went on the rampage, tearing through the streets of Paris to enforce the policies of the revolutionary government. 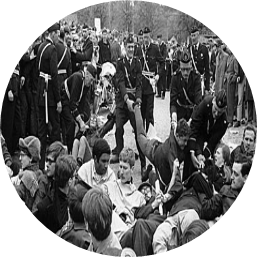 Madame guillotine was put to work doing what she was designed to do: sever heads in an efficient and humane manner. La terreur was soon in full swing and the French Revolution had begun.

Almost two hundred years later—but only fifty years ago this year—the streets of Paris were in turmoil again.

What was happening at the time of the riots?

Until the late sixties, the need to increase the country’s birthrate after the horrific death toll of two world wars was still in sharp focus and the contraceptive pill was not for sale in France.

It was a capital offense, and the last woman to be executed for terminating a pregnancy was guillotined in Vichy in July 1943. Although the death penalty for abortions was abolished after the war, the practice continued to be prosecuted vigorously.

Background to the riots: change in abortion law 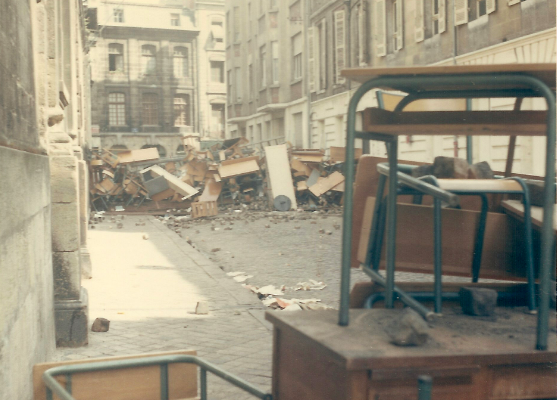 Family planning in France only became practicable in December 1967. Following decades of sometimes violent opposition, la loi Neuwirth was passed allowing couples—including unmarried couples—to reduce the number of both wanted and unwanted births. In essence, the new law was an official acknowledgment of the right of women to control their own fertility.

Although abortion was still a serious crime, illegal operation rates remained fairly high. But only 21 miles across la Manche, terminations had been legal for a decade. 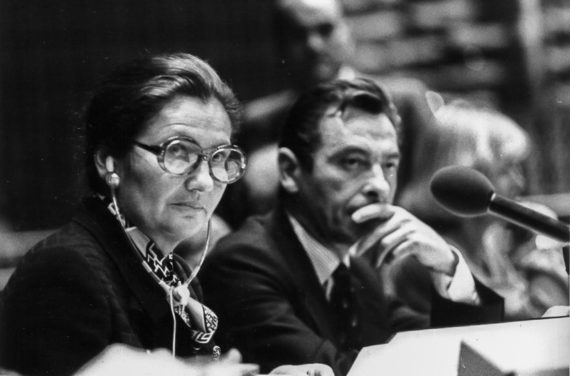 The result was that large numbers of French women travelled to the UK to have it done until the right to legalised abortion in France—la loi Veil— was passed in 1975. 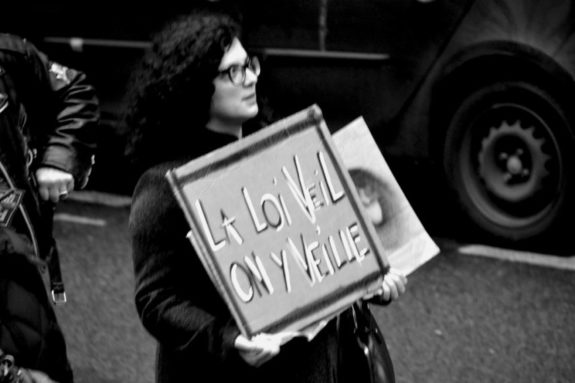 The 1968 riots began with a demand by university students for restrictions on dormitory visits to be lifted. 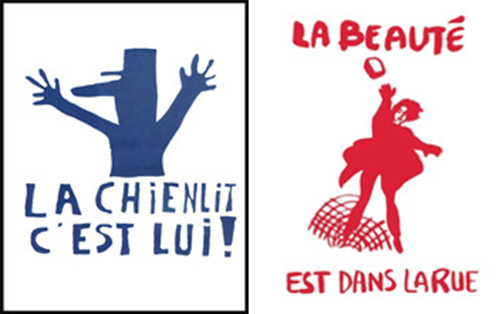 The violent response by the police flared into a much larger confrontation between the state on one side and students and workers on the other.

At the Elysée palace, when discussing worker and student demands, President de Gaulle, uttered the phrase that epitomised the establishment’s perspective:

This signified his unwillingness to deal with what he saw as infants who have not yet learned to use the toilet. It enraged the students.

At one point nearly a million protesters marched through Paris to demand the President’s resignation. But he’d fled the country. Even Prime Minister Pompidou was in the dark.

The man whom Winston Churchill had once described as such had simply disappeared.

France was brought to a standstill. 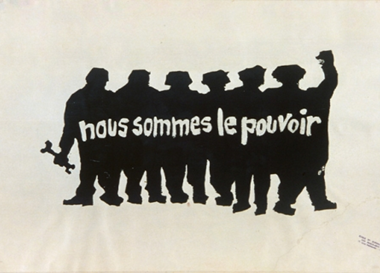 The demand for sexual freedom

Today, it seems hard to believe that the 1968 French Revolution and General Strike was kicked off over the simple demand for girls to be let into boys’ rooms (and vice versa) on university campuses!

All the kids wanted was the right to sleep with each other, which is what they were all presumably doing off campus anyway. But dormitory gender segregation in France was strictly enforced.

So, in theory anyway, Lady Marmalade’s famous lyric was probably not much used by French students before then. If there was nowhere to go, what would have been the point of asking the naughty question:

Luckily, theory is often a long way from the facts, and the students just got on with it. Faire l’amour always wins the day.

Riots and revolutions are far from uncommon in France! Would you have taken action against such policies? Let us know in the comments below.