How to get into French literature – a guide by author: Marcel Proust

Finding a fabulous book to delve into, or even one to recommend, can sometimes be tricky. I’m sure that you’ve had the experience of wandering around a bookstore trying to gain inspiration on what to read. I continue this series with Marcel Proust; his life and my favourite of his works.

Here you will discover an insight, a taste; their lives, their work, and why they are seen as the some of the most popular and outstanding writers of the modern-day French language.

England may have Shakespeare, Dickens – and nowadays, Carol Ann Duffy.

But what about France?

Where does its literary greatness lie?

I’ll show why I appreciate these writers as I highlight their importance to the French language, and even to World Literature.

By delving into the past to discover the most famous works of these French authors, you may find a new writer to read – or to recommend.

For the second in this series, I am sharing with you my interest in Marcel Proust.

What do I love about Marcel Proust?

Marcel Proust’s masterpiece, and a personal favorite of mine, ‘A la recherche du temps perdu’, is recorded in the Guinness World Records as the longest novel ever written.

The 13 volumes include 9 609 000 characters and dominated the 20th century French literary scene, as well as world literature, known as a famous piece of art worldwide. 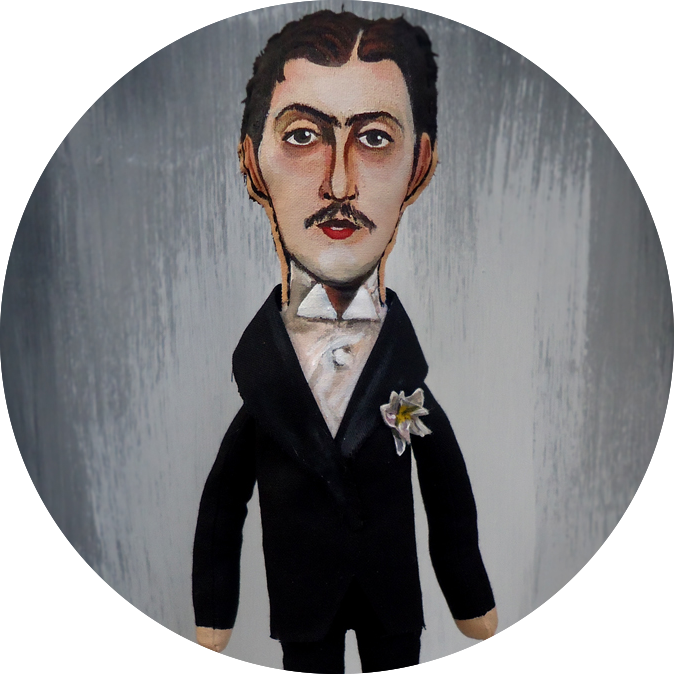 Proust placed his heart and soul into his writing, painstakingly writing, editing, and re-editing until his work was perfect.

His writing style consists of sentences often spanning more than a page, yet written with the most interesting and, at times, most poetic form I have ever had the pleasure to read.

Proust is officially the writer of time and memory. I admire his technique of connecting the narrator with the reader through the common placement of small experiences that all readers could have experienced.

The Proust work I love the most:

This is part of the first volume: Du côté de chez Swann. It depicts Swann’s love affair with Odette and the struggles he encounters.

Initially, the novel portrays Odette as not being Swann’s ‘type’ of lady; she’s different from all his previous lovers and, at first, he is unsure about her. 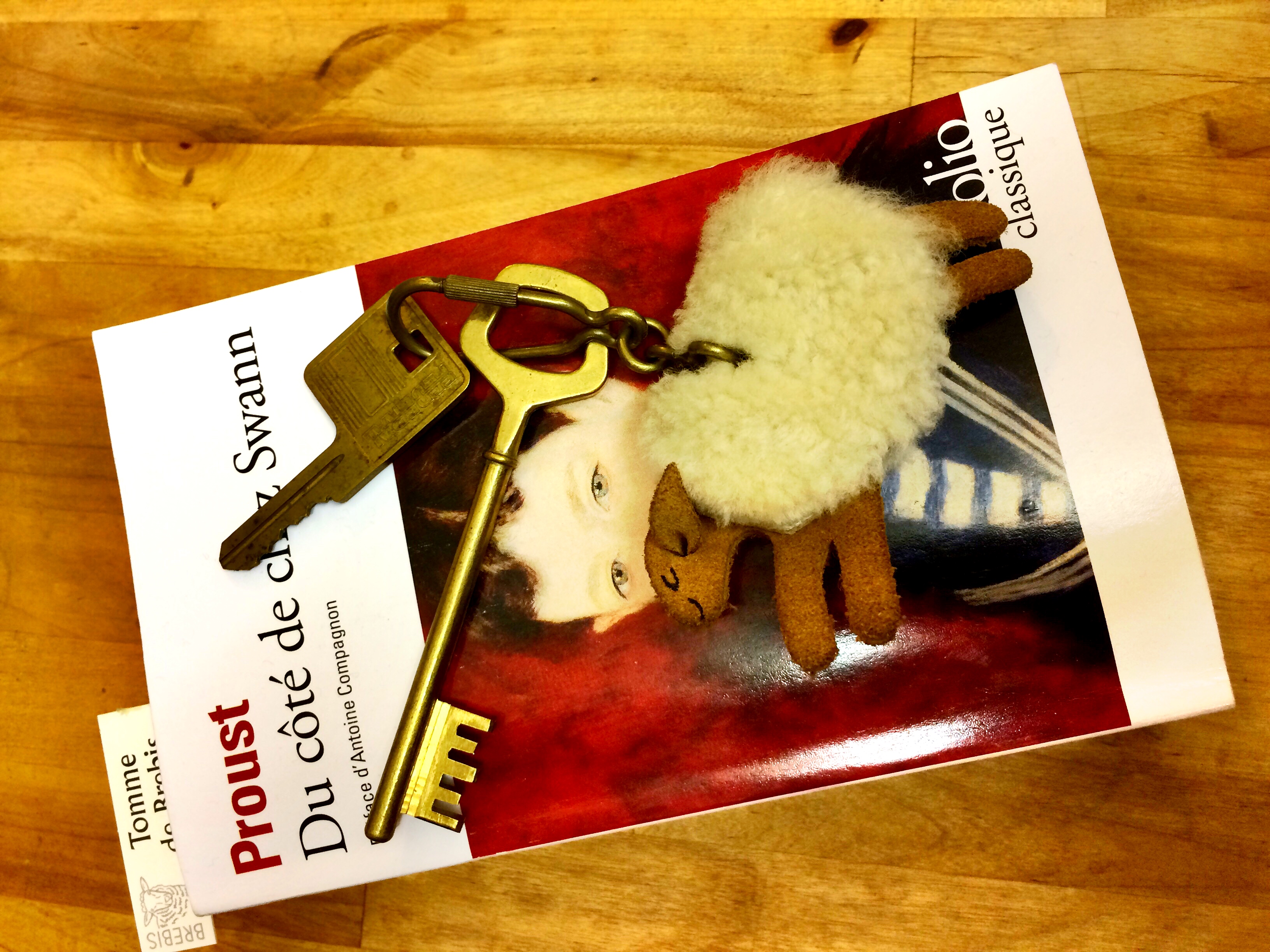 Proust depicts how Swann falls in love and uses an incredible technique of music to illustrate a connection between the two characters.

Yet, this is quickly changed into something of darkness when Swann discovers more and more truths about his ‘perfect’ companion…

The vocabulary in this story originally captured my interest in Proust’s work, with descriptions of the music that appear as rich as listening to the melody yourself.
Buy here en français and English

This is the last volume in Proust’s ‘A la recherche’ and explains his motivation for writing the entire work. This final volume steers away from the plot to depict how Proust wanted to bring his past into the future through art.

It shows Proust’s concerns with la mémoire involuntaire (involuntary memory), capturing a small moment that leads to the recollection of a lost past, and how he wished for the reader to be connected to this. 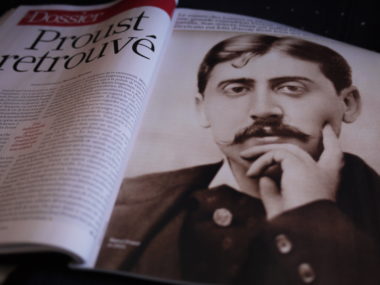 An interesting image portrayed by Proust is the idea of the reader re-reading a book long after they first discovered it, allowing themselves to remember their previous self-encountering the book.

The final volume is an in-depth depiction of the difficulties of creating la vraie réalité and using artistic license.
Buy: en français

Outside of ‘A la recherche’, Proust’s critical work is also highly captivating for a reader. Bibliophiles globally love this book: a small piece that describes the pleasures of reading.

It depicts Proust’s own experience with books, the beauty behind reading, and the memories he has from it. Like his most famous writings, Proust again uses his poetic plume (writer’s pen) in this small study.

He states that the difference between a book and a reader is not that one has more or less wisdom; rather, the manner in which we communicate with them. A small pleasure to read!
Buy: en français 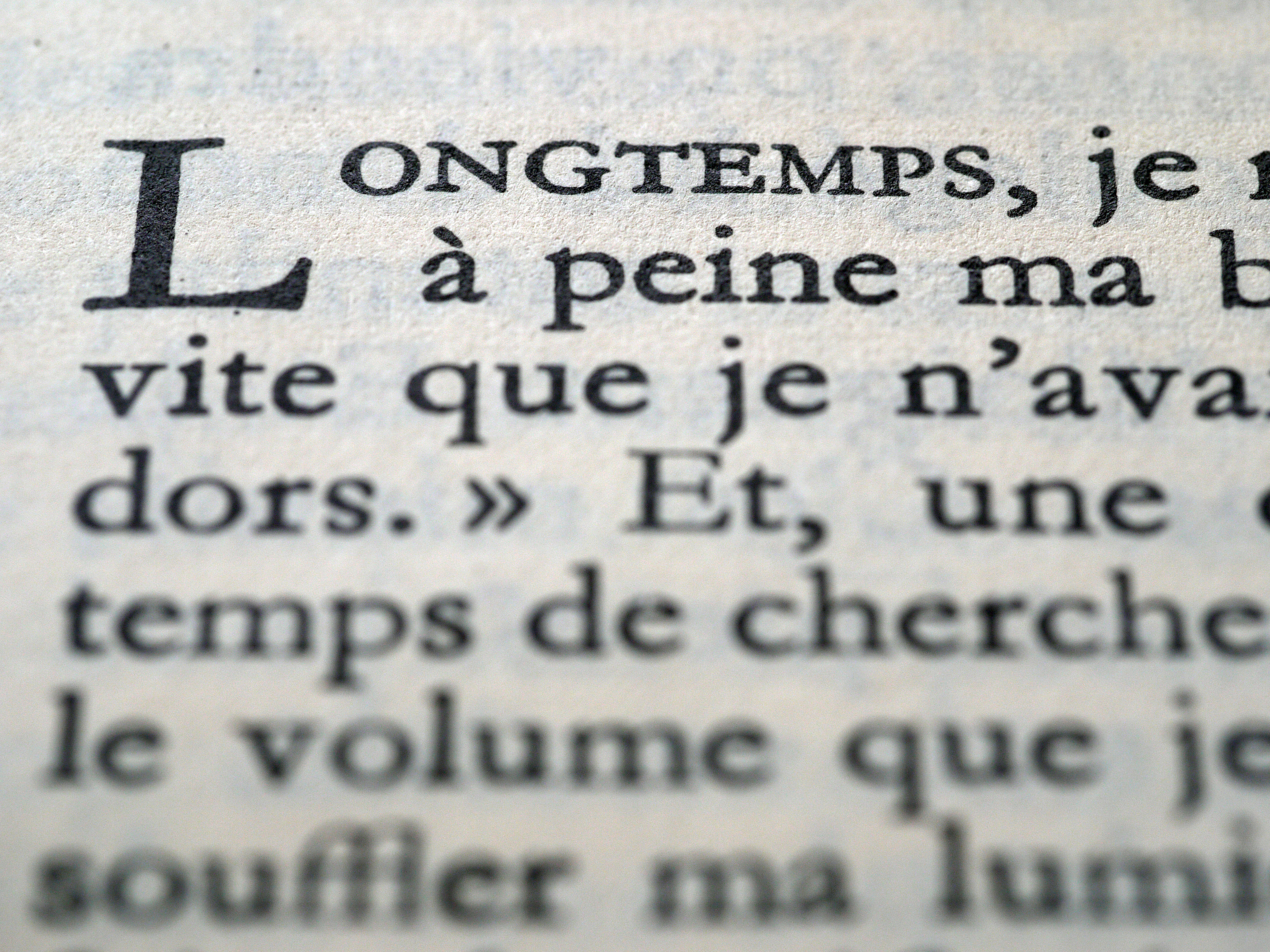 The life of Marcel Proust 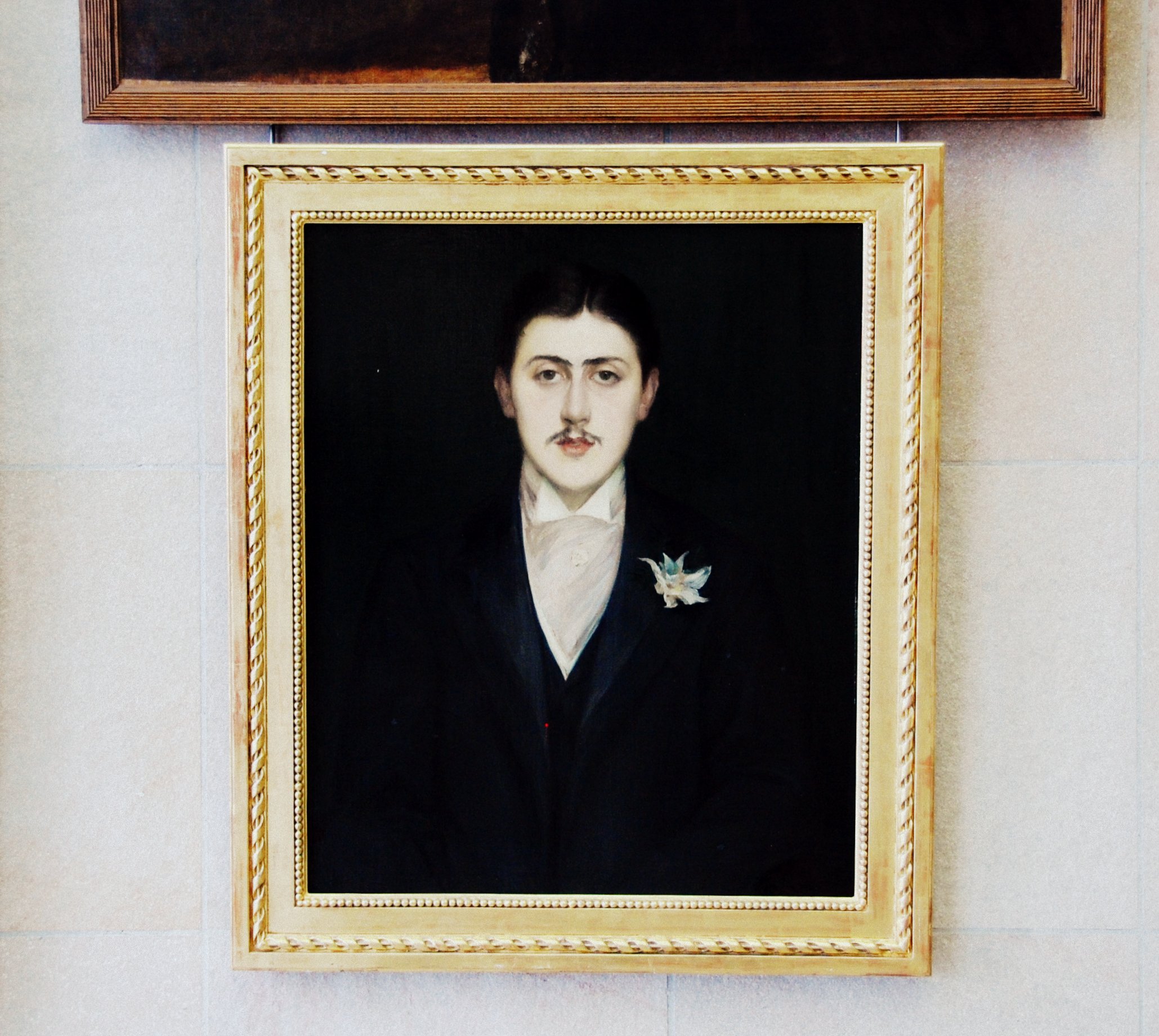 Marcel Proust is one of the greatest French novelists of the twentieth century. His work is known globally and admired through his portrayal of time, memory, and his autobiographical work.

The following is adapted from Richard Bales’ 2006 publication ‘The Cambridge Companion to Proust’.

10 July 1871 in Auteuil, Paris, France, Marcel Proust was born to parents, Marcel Valentin Louis Eugène Georges Proust and Jeanne-Clémence Weil. Members of the bourgeoisie, they lived in the fashionable 8e of Paris, where Proust remained, moving only toward the end of his life.

Proust was a sickly child – suffering from severe asthma – which prevented him from attending much of his schooling at the Lycée Fontantes between 1882-89. 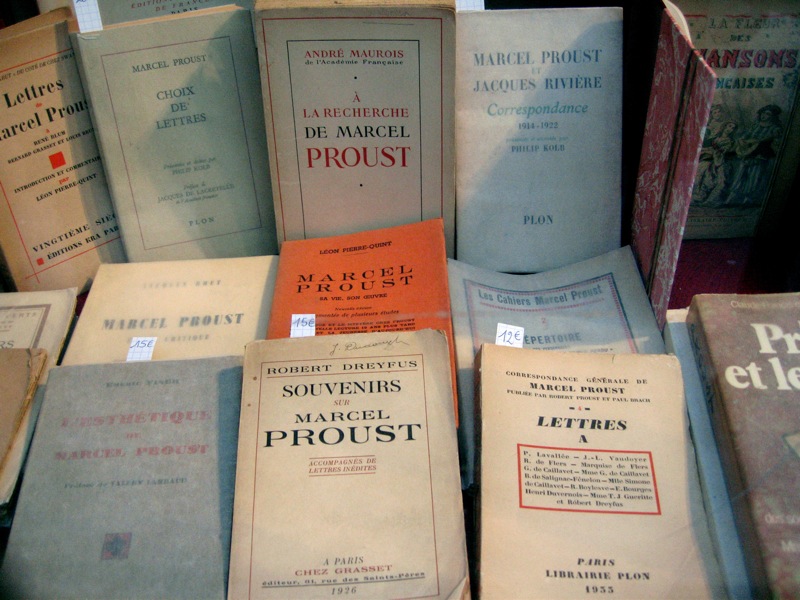 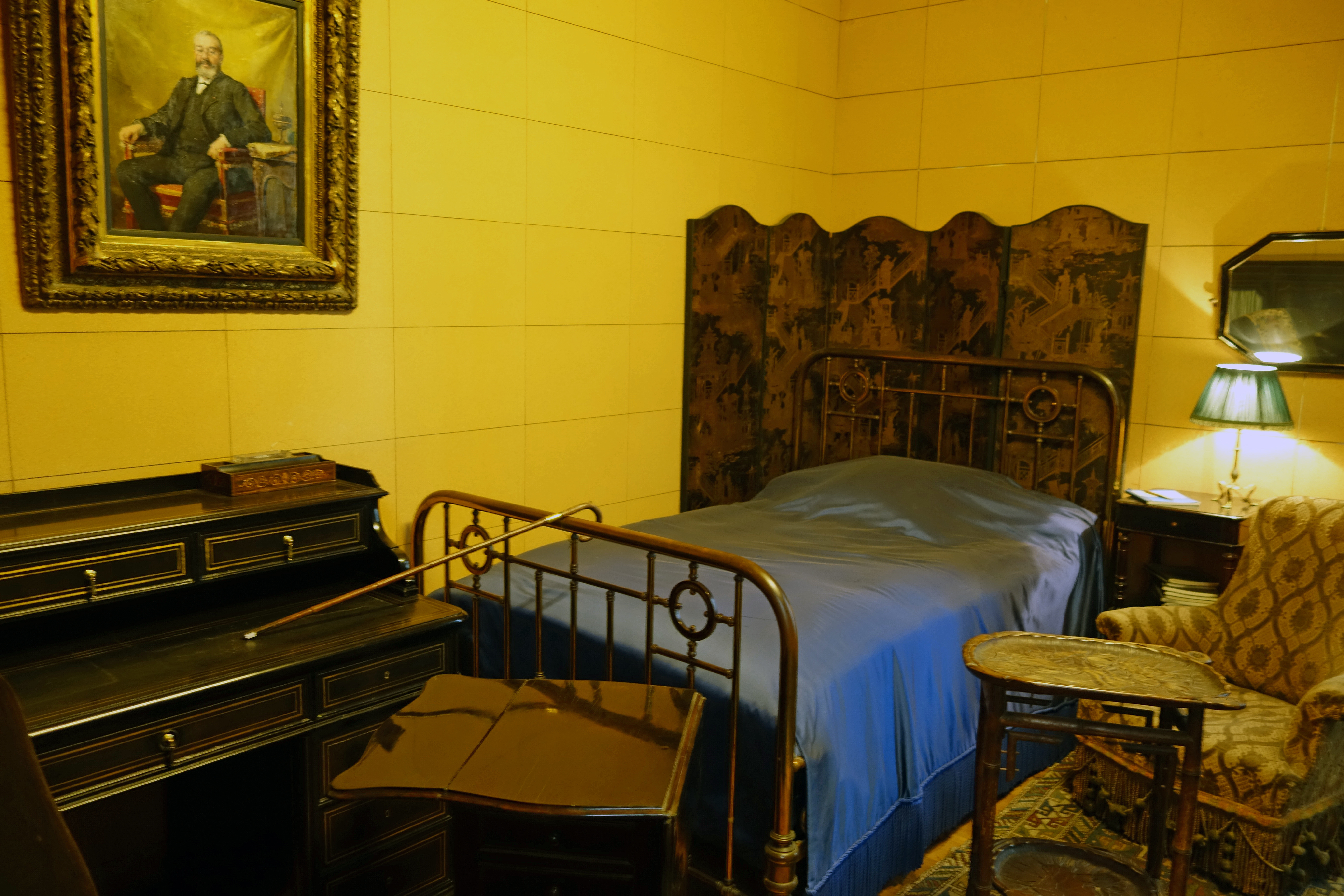 On 18 November 1922 Proust died of pneumonia and was buried in Paris’ Père Lachaise cemetery on 22 November. 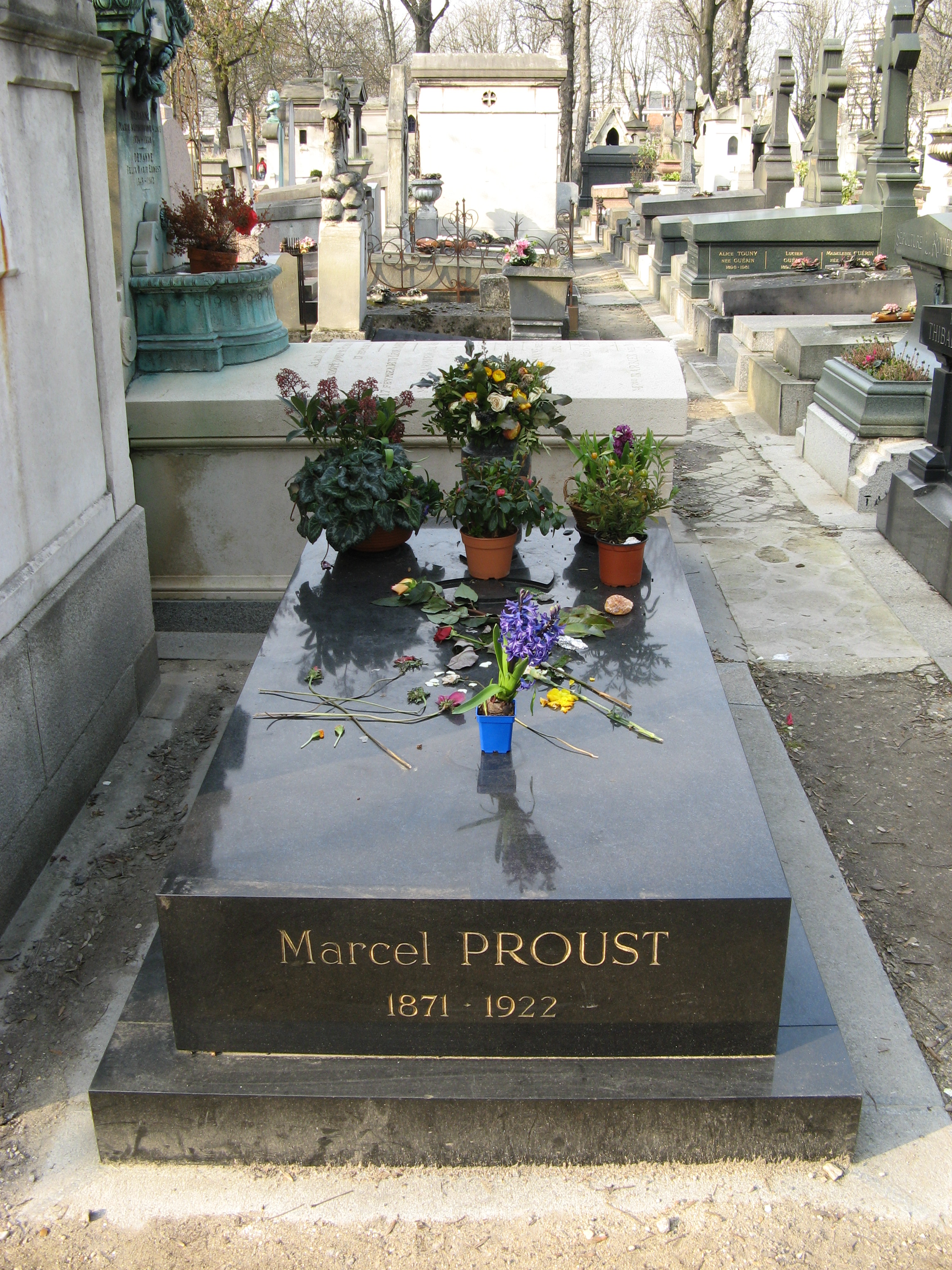 Have you read any of Marcel Proust’s work? Let us know your thoughts about it below!

More in this series:

1. How to get into French literature – a guide by author: Gustave Flaubert

– This article –
2. How to get into French literature – a guide by author: Marcel Proust