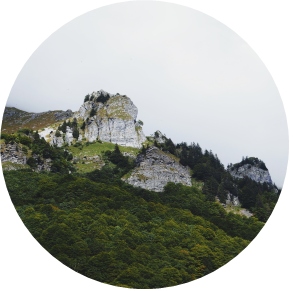 Walks! France has an amazing network of walking paths. They are all very well balisé, with an easy-to-understand system of arrows and waymarkers.

Any maison de la presse or newsagent will have a range of topo-guides with detailed maps and descriptions of walks wherever you are.

Another good place for walkers to start is in the Office de Tourisme. You’ll be able to pick up maps of all the local balades and you will usually be able to select one based on the number of kilometres or how long it takes.

Unfortunately, few tourists have the luxury of time. Most can only snatch two or three weeks each year. And France has such a lot to offer that the competition to see the thousands of attractions which vaut la visite is considerable.

However, help is at hand for walkers looking for a shortcut.

Walks in the southwest of France

Here are four great walks in France with some tips on how to do them in a day—or a couple of days if you have the time.

Always remember that all the usual precautions for mountain walking apply!

Walks in France for those in a rush – les marcheurs un peu pressés !

A gash in the jaw of cliffs that separate France from Spain, at Gavarnie is where this rugged mountain pass crosses the Pyrenees.

The Côte Vermeille landscapes feature in dozens of Post-Impressionist and Fauve landscapes. Today, it offers a wonderful opportunity to walk between some of the prettiest ports on the Mediterranean 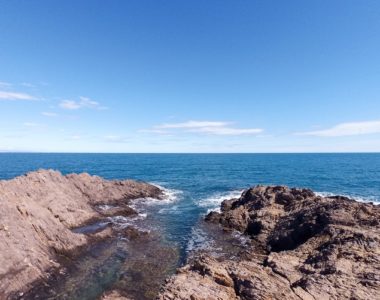 3. The Route Napoleon to the top of The Pyrenees.

For helpful maps and advice, visit the Pilgrim’s Office before you start. 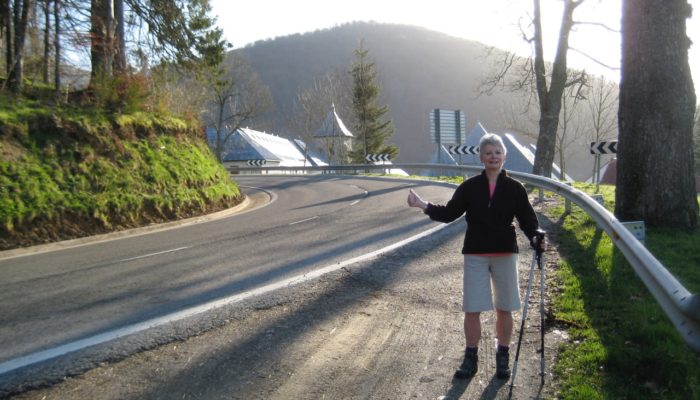 This is a stunning, vertiginous—but quite safe—day walk on a mountain trail cut into the cliff face on the side of a canyon. It’s like walking in a 1.2 kilometre long stone tunnel with one side missing. An amazing eighteenth-century engineering feat originally constructed to convey ship masts cut from Pyrenean Mountain forests to the shipyards of Bordeaux.

The views are unbelievable, and this short trek is easily done in half a day.

For the more adventurous, you can make it a day walk and go on to see fantastic views of the Col d’Arras.

Finally, there’s a wealth of information on these walks and many other walks in France on the internet.

Whichever one you choose, “Bonne Promenade”.

Do you have a preferred walk in France? Have you tried any of our suggested routes? Let us know in the comments below!