Myth or legend? Angelic interventions and sex changes on the Way of St James 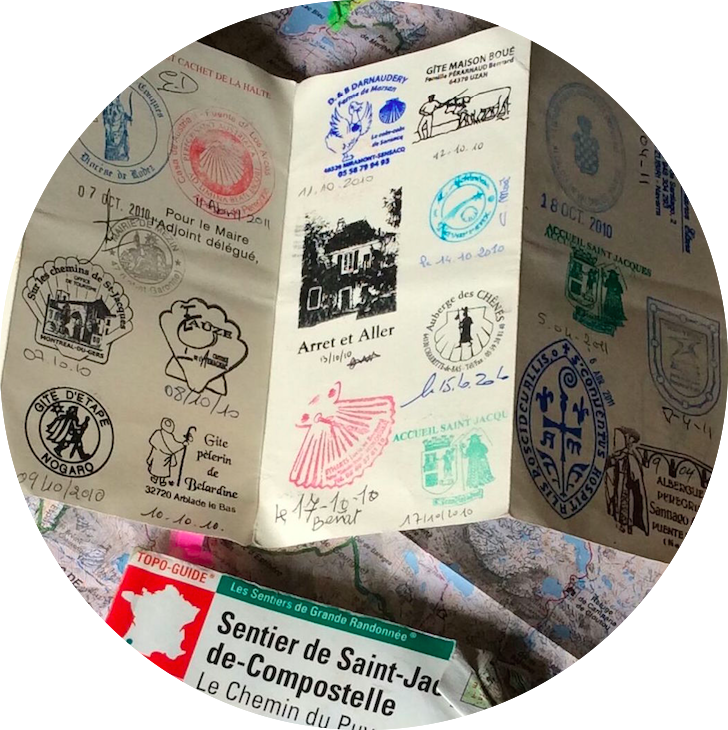 Myth or legend? Let’s start with the story of St James because that’s how it all started, and that’s what this is all about. Whether it’s a legend – simply unauthenticated – or a myth – widely believed but false – it’s up to you to decide. And don’t worry, we’ll get on to Shirley shortly.

The Way of St James: a dead pilgrim’s tale

Once upon a time, a long, long time ago, a man called James was preaching in Spain – this was before he became St James, because he hadn’t yet done enough to be canonised. Then he decided to return to Jerusalem, which was not a good career move because he had his head chopped off by Herod.

Beheading is usually terminal but, luckily for James, some angels were passing in a stone boat. They picked him up and – defying the laws of physics – sailed back to Galicia. Along the way, all kinds of adventures befell the corpse before it was buried in a field at a place later called Compostela.

Every year, hundreds of thousands of ‘pilgrims’ make their way to Santiago de Compostela. Most start in Paris, Le Puy, Vezeley and Arles. Many are simply hikers who walk the route hoping for sport, adventure, a fun walking holiday, or simply “because it’s there”.

But for those who do it for religious reasons, an indulgence is often in mind. In Catholic teaching this is a way to reduce the amount of punishment one has to undergo for their sins. In other words, a way to get into the fast lane to heaven.

Needless to say, there are thousands of travel agencies, and all kinds of books and websites to help walkers on their way. Although it’s not exactly a guidebook, even Shirley MacLaine, famous baseball player, actor, dancer, ex-citizen of Atlantis and sister to a 35 000 year old brother, has made a dramatic contribution.

You’ll find several lurid anecdotes covering her adventures on the Way of St James in her book, ‘The Camino. A Journey of the Spirit’. Somewhere near the Church of San Francisco in Villafranca something rather unusual happened to Shirley:

In my mind’s eye I saw my genital area begin to separate. The male genitals went to the male side of the new body and the female to the female side.

This is just one example of her vivid tales – there are plenty more hair-raising adventures in the book.

At this point you might well be asking, “What, exactly, is the point?” Well, as far as myth or legend is concerned, the big question is this: “Who has the strongest claim to veracity?” Religious pilgrims implicitly believe the St James legend, so they are walking their way to paradise. Equally, some believe Ms MacLaine’s adventures really happened. But there are others who won’t have a bar of it. In fact, they think that both the legend and the lady are barking mad.

So, what’s your take? Is it logically fair to accept one and reject the other? Or are they equally simply figments of someone’s hyperactive imagination? Over to you.

Have you ever walked the Way of St James? Which myth or legend do you believe? Share your thoughts with us in the comments box below.