Every month this year, we challenge you to sit back, relax, and delve into one of our specially chosen French books! In October, we’re reading Laclos. 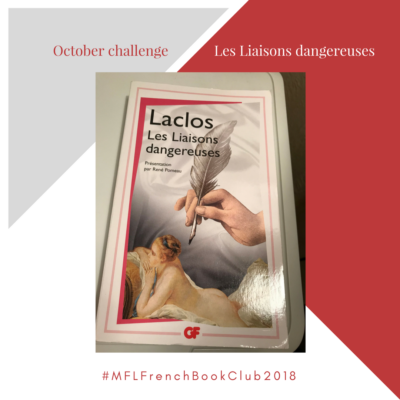 Pierre Choderlos de Laclos’s Les Liaisons dangereuses is the definition of a French classic and one that you won’t be able to put down. The epistolary novel a novel formed of letters, has an abundance of drama, vengeance, manipulation, love, sex, and jealousy – what more could the reader want?! Get ready for a Laclos rollercoaster…

The Marquise opens the novel asking for Valmont’s help in her revenge; Madame de Volanges is going to marry off her daughter, Cécile, to the Marquise’s detested ex-lover, le comte de Gercourt, who had previously finished the Marquise’s relationship.

The Marquise’s plan is for Valmont to seduce Cécile so that Monsieur Gercourt marries an impure woman. He would then become a laughing stock in the upper classes of French society – what a scandal! 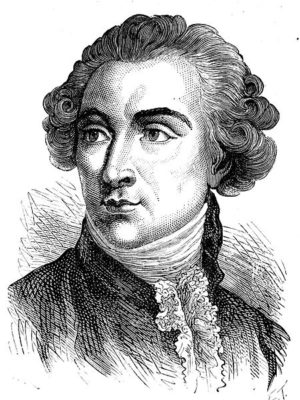 t, Valmont is already busy in his own game of deviance and seduction with the married Madame de Tourvel, and will only help the Marquise if she agrees to have sex with him.

And it doesn’t stop there!

The Marquise states that she will only agree to this demand if he can prove that Madame de Tourvel has indeed fallen in love with him. With these awful deals on the table, our story unfolds…

Cécile has already begun jeopardising her own marriage by falling in love with her music teacher Danceny, whilst Monsieur Gercourt is away with the army.

This love affair is tainted by the difference in social class, with Cécile being far richer than her music teacher, Danceny.

This plays right into our evil Marquise’s hands, who encourages the young girl in ‘advice letters’ to follow her desires. She has also filled the very impressionable young girl with horrid stories about her future husband, whilst also seducing Danceny herself!

In the background, Valmont is trying to seduce Tourvel, but without success. Suddenly, he finds it is due to the horrid letters from Cécile’s mother, advising Tourvel to stay away from him. This, of course, calls for revenge, and what better way to ruin the family than to destroy Cécile’s future? 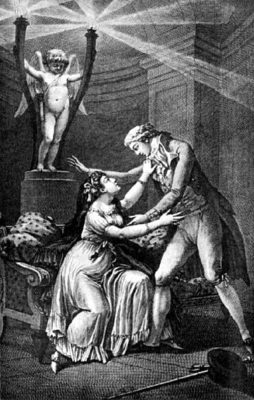 Valmont acts as Cécile’s ‘angel’ by helping her pass letters to Danceny, but uses this job to get close to Cécile, even forcing her to have sex with him. The Marquise then backstabs Valmont, perhaps through jealousy of his advances with Tourvel, and exposes him to Danceny.

A duel is then called, and – spoiler alert! – Valmont is killed, but not before Valmont can pass Danceny all his letters from the Marquise. Her schemes are publicly denounced, and she flees Paris.

Justice is served in the vilest of ways as the Marquise is ridden with a disease that makes her face become disfigured. Madame de Tourvel also dies in despair at the news of Valmont’s death, whilst Cécile plans to leave for the convent, much to her mother’s shock and grief.

At first, the novel may feel a little confusing with many different characters and sub-plots. However, the reader must persist! The sub-plots make the text ooze with drama, as the Marquise and Valmont torture each other, as well as others, about their different affairs. No one is innocent in this novel and this is what makes it so gripping.

For those learning French, it is a novel that will not only capture the imagination but will make you feel that you need to read on. It is a slightly longer novel, but this should not scare learners from reading it. Each letter can be read in small doses, encouraging you to read further into the story.

I hope you are as gripped by Laclos as we were! Who needs TV and Netflix when you have all the drama you can find in a novel!?

What are your thoughts on this French classic? Who are you favourite and least favourite characters? We’d love to hear your thoughts and reflections in the comments below!