Every month this year, we challenge you to sit back, relax, and delve into one of our specially chosen French books! In October, we’re reading Camus.

This December, we’re continuing the challenge with another French classic – Camus’ ‘L’Étranger’. 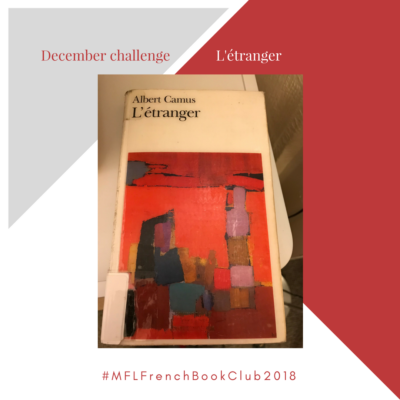 L’Étranger is as another French literature classic that every Francophile and French student are almost expected to have read.

On first appearance, the book seems simple. It is just over 100 pages and written in short, easy to read sentences. In this way, it is often the book that French learners begin with. I would also encourage anyone who wishes to get into French literature to do the same, (or even try my guide!).

However, do not be deceived by appearances! Despite Camus’ personal rejection to labelling his novel existential, it is often read as containing such a theme, alongside a philosophical exploration of mankind.

It raises questions to what makes us human, through Meursault and his indifference to the world and everyone within it. 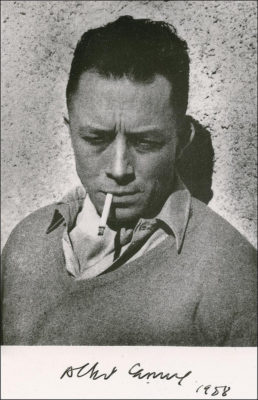 The first instance where readers will see Meursault’s coldness begins with the death of his mother,which surprisingly to the reader appears to have very little effect on our protagonist. He seems almost emotionless.

This is extenuated by meeting Marie to sleep with immediately after his mother’s funeral. Yet, Meursault doesn’t fully convince the reader he has more than a slight interest in this lady, but simply enjoys the sex.

We are then introduced to Raymond Sintès, who asks Meursault to help him gain revenge on his girlfriend, for her ‘apparent’ disloyalty. Raymond plans to have sex with her, and then humiliate her. He needs Meursault to write an invitation to visit Raymond’s flat.

Meursault appears unfazed by Raymond’s actions and lacks any empathy towards the young woman, writing the letter without an issue. He tells the reader he often finds people either annoying or simply uninteresting and that is simply it.

L’Étranger: a dark and rapid chain of events 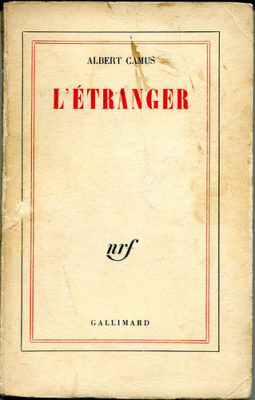 Raymond’s plan spirals out of control, leading him to beat his girlfriend and is sent to court. To the reader’s amazement, Meursault agrees to testify against the girlfriend and her infidelity in order to help Raymond, who is left with a mere warning.

This injustice leads to the girlfriend’s brother and his friends following Raymond – even as far as a friend’s family beach house on a trip with Meursault and Marie. A rapid chain of events leads to Meursault shooting one of the men dead, and then pausing, only to shoot him another couple of times.

The darkness of this scene is that there is no emotion listed, we begin to question as readers if Meursault has any feelings at all.

Part two of the novel begins in prison and Meursault has completely detached himself from life, with lack of care towards Marie, or anyone else. The court condemn Meursault as an emotionless criminal, with no remorse for his actions. Meursault’s actions from part one are brought to light in the court case, showing his emotionless state towards his mother’s death, his treatment of Marie and his neighbours.

It is Meursault’s speech, however, that changes the way one views the novel. This causes the reader to reflect on as to what we deem being “human”, stating that we condemn a lack of emotion, but this is simply the truth of how he is feeling.

It makes us wonder if emotion is created to fit societal mores and, in this way, Meursault is subjected to his fate as he does not act or live in the certain way the judge, priest, and therefore society wants him to. 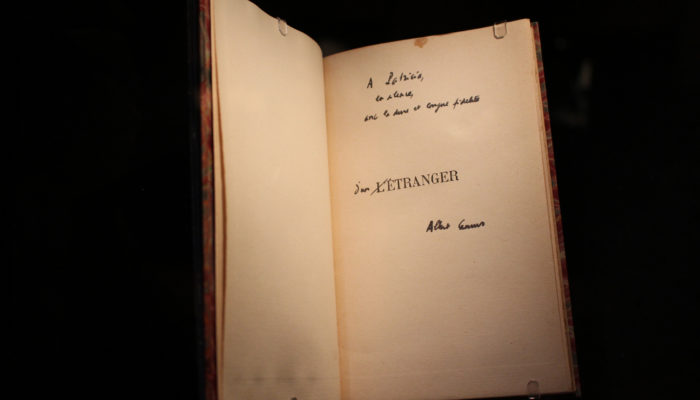 He is the outsider of a club that has selective ways that are deemed appropriate.

The novel is powerful, and in its own right, a classic.

In true book club fashion, we’re eager to get together – if only virtually – and compare literary notes.
Don’t forget to leave your reviews in the comments box and let us know what you thought.

What did you think when reading L’Étranger? Did you love or hate the way it was written? We’d love to hear your thoughts and reflections in the comment section below!