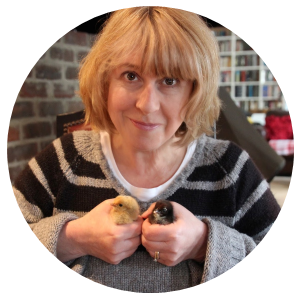 We join Jacqui Brown as she takes us behind the scenes of her blog’s fun French interview feature. This week, Jacqui is chatting with author Janine Marsh.

You can also read the review of Janine Marsh’s book, ‘My Good Life in France.’

Welcome to ‘France et Moi’ where this week, as part of the publication celebrations for her memoir My Good Life in France, I am talking to author Janine Marsh about what France means to her.

Janine Marsh is a travel writer and editor of the award winning website and magazine, ‘The Good life France.’

Behind the scenes with Janine Marsh

1. Firstly, I think France is a special place and it is famed for many things including its cheese, wine and diverse holiday locations plus, dare I say it strikes and dog poo littered streets. What do you think makes France so very unique and ‘French’?

Ooh that’s a tough question – so many things. But I’d have to say one of the stand out things for me is bread! I love that there are artisan bakers and beautiful boulangeries wherever you go. The smell of a fresh baked baguette or a buttery golden croissant is so very French (and delicious). 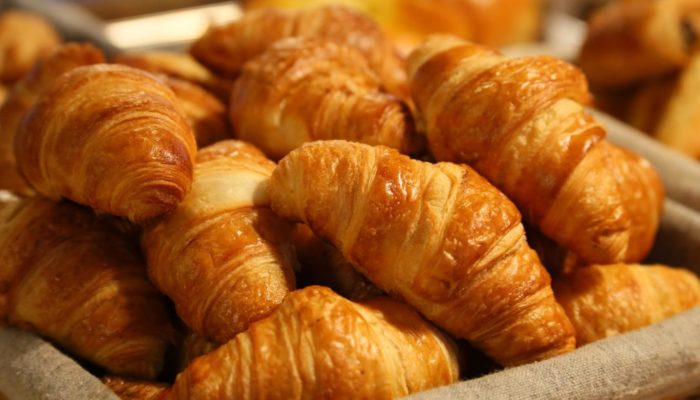 2. What is your first memory of a trip to France?

I was 14 years old and went on an exchange trip to Antony in the suburbs of Paris.

I came from a London council estate and I was absolutely mesmerised by France.

Drinking bowls of hot chocolate and dunking our croissants in them, being sent to the boulangerie for a cake after school, a trip to Versailles – it all seemed so exotic! I feel head over heels in love while I was there and I am still in love – with France.

3. When you first arrived in France, what was the best thing about being immersed in French life, and the scariest thing?

Best thing? Again a tough one but I found an injured kitten in the town of Boulogne-sur-Mer. It was being attacked by a bigger cat. I rescued it and bought it home, fed it with a pipette as it was so tiny and I never thought it would make it through the night. Winston, as I called him, did survive and he is now the biggest cat in the village.

It made me realise I love animals – a lot! I now have more than 60! Dogs, cats, chickens, geese and ducks. It still surprises me as I had never had, nor wanted an animal before!

4. Do you have any embarrassing language mishaps you are happy to share?

Well I probably make a load of mistakes but happily I am blissfully unaware!

I am of the opinion that in France, you have to try however bad you are at it to speak French.

It’s doubly hard where I am as my neighbours speak a local patois called Ch’ti. When I first came here I was given a Ch’ti dictionary by one of my neighbours because it’s a different language. For instance ‘chair’ in French is ‘chaise’ – here it’s ‘cayelle’!

I just try my best and chat away as best I can and sometimes my French friends laugh at me but mostly they say they find it cute when non Frenchies try to speak French!

5. As part of your website/online magazine The Good Life France, you have become very well travelled in France; do you have a favourite place to visit in France? 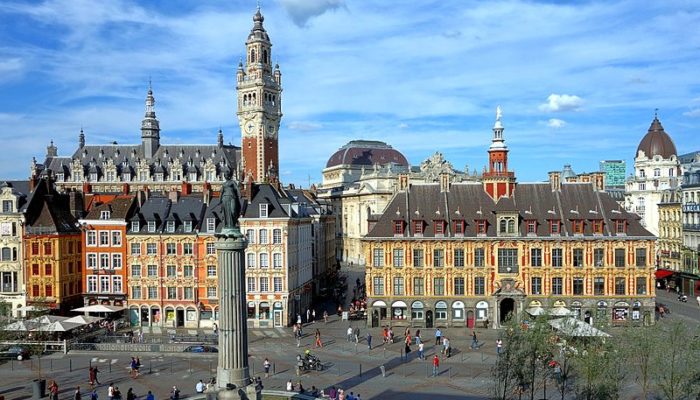 I love Audresselles, a tiny tiny fishing village on the Opal Coast in the north. Nice, Paris, Provence, Loire, Burgundy, Annecy… I love so many places and I still have a load more to discover so it’s a never ending answer!

6. If money and commitments were no object, where in France would you like to own a property and what sort of place would it be?

I’d love to do up a chateau! We’ve spent 13 years renovating this old farmhouse. It had dirt floors and some of the doors were made of corrugated metal – they used to flap in the wind. We replaced 37 windows and mixed more than 100 tonnes of concrete. There were times when I thought – never ever again. But now we’re nearly done I miss it.

I love doing DIY, I’m proud of what we’ve achieved and I think I might just be ready to start again!

As to where in France… I think I’d stay in the north. We might not have the sunshine but I love the authenticity of this place, the respect for traditions and heritage – and the food!

7. France has many different cheeses, a silly question, but which French cheese are you? A hard and mature Tome, a soft, fresh and lively goat cheese, the creamy and rich Camembert or maybe the salty and serious Roquefort?

Oh I’m definitely a goat cheese – perhaps with some rose petals on top. One that’s matured for just about a week, fresh – and slightly nutty!

8. Imagine you are sitting outside a French café at 10.00am on a sunny morning watching the world go by, what do you order from the waiter?

A grand café crème and I’d expect to get an espresso! It’s hard to find a proper American or UK style creamy coffee but I’ve got used to the dark side to a certain extent. Just being able to sit outside a French café on a sunny morning is pleasure enough!

9. Every region in France has it’s own culinary speciality, do you have a favourite regional dish?

I love flammekueche! They’re a northern French pizza made with sour cream and cheese and onions with a thin pastry. I could eat one every day of the week (which is why I am permanently on a diet!).

I also like Charles Quint’s Finger Cake! No I don’t really but I can’t resist telling you about them. Charles Quint was the Holy Roman Emperor in the 16th century and he had gout. In this part of France there is a cake dedicated to his gouty old fingers – it’s a long sponge with red jam that oozes out. How weird is that?!

Finally, your memoir My Good Life in France has just been published, can you tell us a bit about it and how you came to write it? 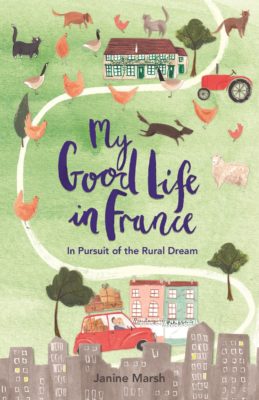 It’s a dream come true! I love writing. Sometimes when I’m supposed to be cooking dinner and I start writing I just forget everything else. Some people use a timer to alert them to dinner being ready to serve, I have a smoke alarm!

It all started when my Dad got sick. I’d already left for France but when he was diagnosed with cancer I went back to London to help look after him. Some days I’d sit and scribble away – I didn’t have a blog then. My Dad would ask me about what I’d written and said “you’re not bad at that – you should try and write a book”.

I didn’t really think anything of it but when I went back to France after he sadly passed away, my other half set me up a blog so that I could keep in touch with friends and family.

They used to ring constantly asking us about what was going on – how many more strays had I taken in? Had my neighbour who was in love with a chicken split up with his nubile girlfriend? Had I broken any more bones carrying breeze blocks and building walls? I thought about what my Dad had said and decided to give it a go.

The first month my blog went live I had 480 views – I tell you I was amazed and I quickly got hooked on writing every day. Six months later I had 60,000 views a month – now I get more than 1 million page views a month – I’m so humbled by it I can’t tell you.

Anyway, a publisher who follows me on my blog offered me a book deal – and I grabbed it with both hands and the result is ‘My Good Life in France’. It’s had some lovely reviews – my favourite is “a warm and uplifting read, effervescent like a glass of your favourite Champagne” and “move over Peter Mayle (A Year in Provence)  – there’s a new girl in town and her name is Janine Marsh” – woohoo!

Thank you, Janine Marsh, for taking the time to answer some questions about France and you.

What makes France special for you? What are you favourite places to visit, or regional dishes to eat? We’d love to hear your thoughts in the comment section below!

Image credits
1. © Jacqui Brown
2. Croissants, via Pixnio
3. Lille, by Velvet via Wikipedia
4. Tarte flambée alsacienne, by Lulu Durand via Wikipedia
This article was first published on The French Village Diaries and republished here with permission as part of our content collaboration with Jacqui Brown.