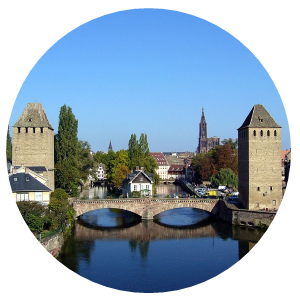 Alsace is a ravishingly beautiful department. Its allure is almost a shock to the system

The Christmas night markets are world-renowned! The Alsatian Wine Route leads through a patchwork of stunningly attractive towns and hamlets in close proximity.

Put it down on your list of ‘must-sees’  when touring France.

The beautiful villages of Alsace

Vineyards blanket the hills and valleys between village after village. And multi-coloured, half-timbered buildings that date back to the Middle Ages are similarly sprinkled across the countryside.

The narrow, twisting streets are lovingly decorated with plants and flowers.

Other gems not to be missed include:

Many other villages you’ll stumble across in the area are officially listed as Les Plus Beaux Villages de France. 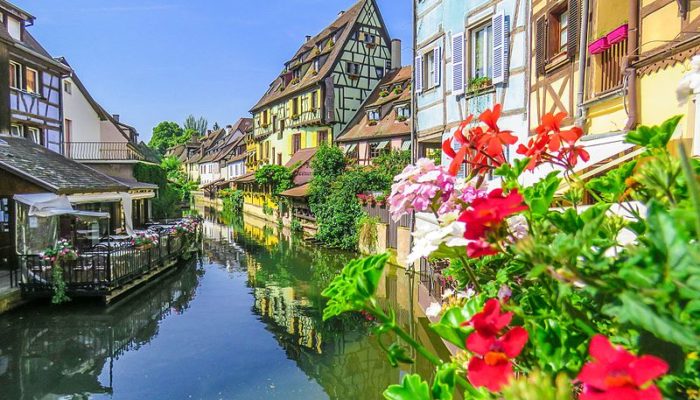 The delicious food of Alsace

Alsace is also an Aladdin’s cave for foodies. The department produces some of the most noted rieslings in the world, as well as a wide range of highly aromatic gewurztraminer and “noble rot” desert wines with rich, concentrated flavours.

Choucroute is the famous local variety of sauerkraut. This is traditionally served with pork, Strasbourg sausages, frankfurters, bacon, smoked Montbeliard sausages and other pork delicacies. 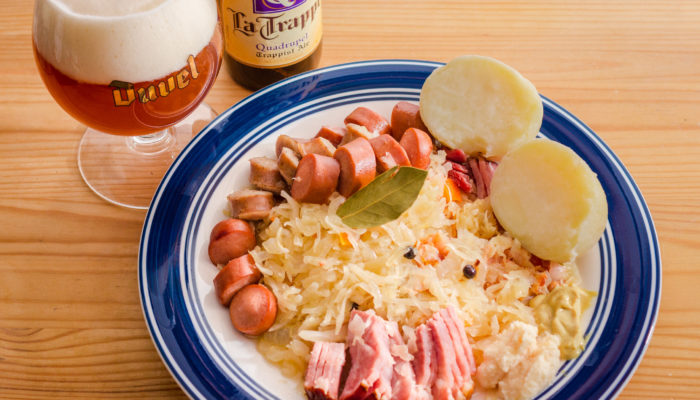 Either as a light meal or a shared snack, the flammenkuchen is the local equivalent of a pizza. It’s a thin layer of crusty dough, covered in, creme fraiche, cheese, onions and lardons. It’s baked very quickly in an extremely hot oven and resulting in a delicious crispy texture-taste sensation.

La Cathédrale Notre-Dame de Strasbourg is another ‘must see’ in Alsace and it’s an intriguing blend of Romanesque and Late Gothic architecture. 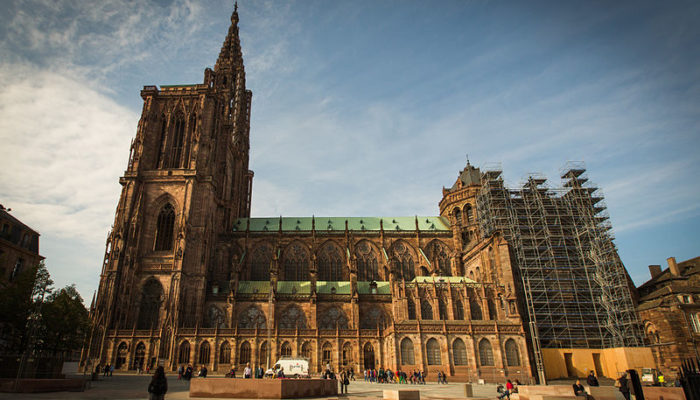 The spire can be seen from the Vosges Mountains in France, and as far away as the Black Forest on the other side of the Rhine in Germany. Victor Hugo described it as a ‘gigantic and delicate marvel’.

There is a vile blot on the map only sixty kilometres from this medieval masterpiece.

It’s a place of unimaginable depravity.

In the late nineteen thirties, a seam of attractive red rock was discovered in the forests on the Massif des Vosges. And after the fall of France, a quarry was established to supply Nazi architects and builders with rose coloured stone for their buildings in the Third Reich.

Natzweiler Struthof, a ‘Nacht und Nebel’ death camp of horrendous proportions was erected to house an army of prisoners who quarried the rock. 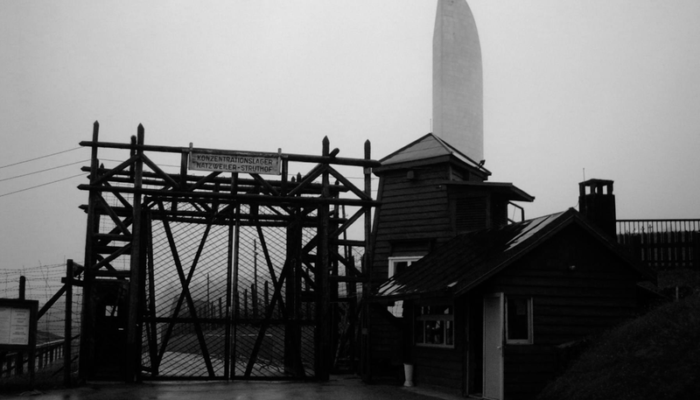 It was the will of the Führer for those who were guilty of offences against the Reich or against the occupation forces, that the sentence of hard labour for life was regarded as a sign of weakness.

As a wicked and depraved instrument of terror, the concept of ‘Nacht und Nebel’ was used against maquisards, political agitators, enemies of the state, gypsies and Jews. These unfortunates simply disappeared without trace. They were never heard from again and their bodies were never found. 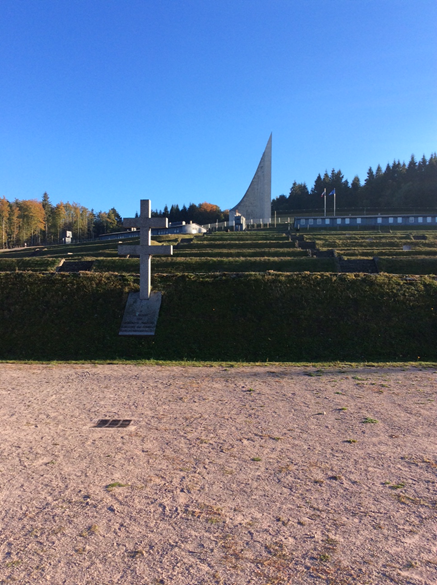 The camp became a place of diabolical medical experiments carried out on healthy inmates.

Whipping, hanging, gassing and torture were commonplace. Thousands died of starvation and exhaustion.

At the lower end of the prison was a sewer. Dead prisoners were regularly tossed into the cesspit and turned into compost for the Nazi officers’ vegetable gardens.

By the end of the Occupation, over 52,000 prisoners had been through the camp.

Deaths are estimated to have been 22,000 including four female British secret agents who were executed together in 1944.

A description of their last hours is available on Wikipedia—but, be warned, it is very, very unpleasant reading.

Visiting the camp is not for everyone, and the official literature advises that it is not recommended for young children.

The last few years has seen a rise in popularism and a disturbing lurch to the right in European politics.

But a visit to Natzweiler Struthof provides a sobering reminder of what can happen when nationalism becomes warped and goes off the rails.

Have you ever visited Alsace? Have you ever uncovered reminders of a dark history while exploring parts of France? Please share your thoughts and reflections in the comments section below.