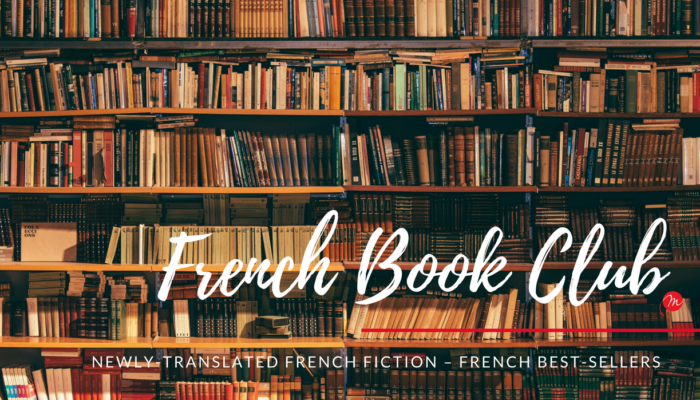 This year we have decided to submit a short list of three books that will cover the first 6 months of the year in order to give ourselves the opportunity to choose books freshly translated and published later in the year.

A few words about Colette 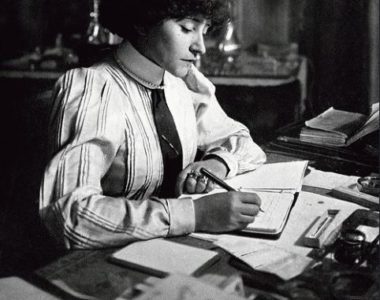 In (French) summer 2019, we intend to take a break from our ‘recently-published book’ theme in order to respond positively to your suggestions…

A few members, saw Colette the movie, and it renewed their interest in the French writer’s life and novels.

Later in fall, we intend to organize member events and specific activities closely related to Colette’s world and writings in Paris. Since it is too early to disclose this project (still in development), we highly recommend you stay tuned! And in the meantime you can read my feedback on Colette le film. 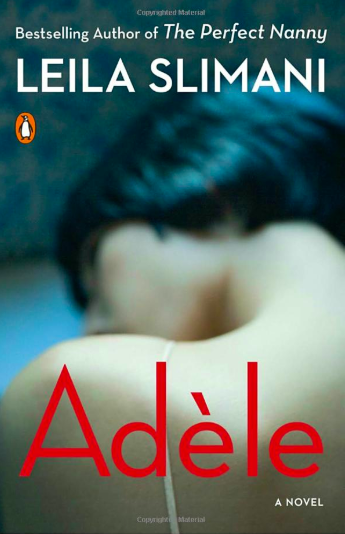 This novel was written before The Perfect Nanny, but given its planetary success, it was not long before Penguin Random House decided to have it translated in English (by Sam Taylor) and published.

‘From the bestselling author of The Perfect Nanny, her prizewinning novel about a sex-addicted woman in Paris. She wants only one thing: to be wanted.

Adèle appears to have the perfect life: She is a successful journalist in Paris who lives in a beautiful apartment with her surgeon husband and their young son. But underneath the surface, she is bored–and consumed by an insatiable need for sex.

Driven less by pleasure than compulsion, Adèle organizes her day around her extramarital affairs, arriving late to work and lying to her husband about where she’s been, until she becomes ensnared in a trap of her own making.

Read with us – Buy here: Adèle 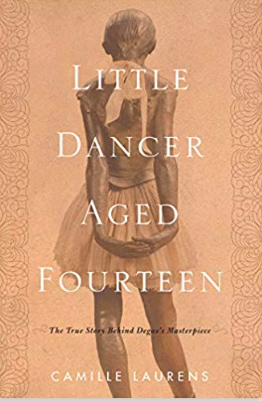 “Not many people today look at Little Dancer Aged Fourteen, Degas’ iconic sculpture of a young girl in tutu and point shoes, and think “criminal.” But in 1880s Paris, that is exactly what the critics saw.

In this nonfiction work about the anonymous young woman who posed for the famous impressionist artist, French novelist Laurens  frankly explores “the louche world” of dance in nineteenth-century Paris, the exhausting and vulnerable job of the artist’s model, and her own journey as an amateur researcher.

In focusing on Degas’ model, she spins a compelling and tragic tale of poverty, power, and the arts that raises questions about the artist’s responsibility to his subject.

Degas, Laurens argues, was fascinated not with the ravishing ballerina but with the laboring dancer, “the wearying work of rehearsals, the dancer’s body bent and weighted down with effort.” Degas’ sculpture as well as his paintings of ballet dancers—or ‘opera rats’, as they were known—broke the rules of both polite society and academic art to powerful and lasting effect.” —BOOKLIST, STARRED REVIEW

Camille Laurens is an award-winning French novelist and essayist. She received the Prix Femina, one of France’s most prestigious literary prizes, in 2000 for Dans ces bras-là, which was published in the United States as In His Arms in 2004.

Her second novel to appear in English, Who You Think I Am (Other Press, 2017), is the basis for a forthcoming film starring Juliette Binoche. Laurens lives in Paris. 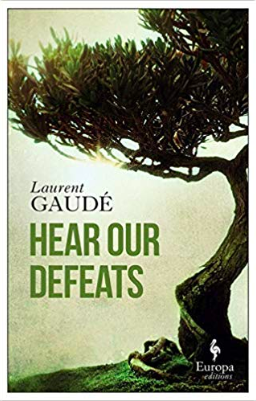 Hear Our Defeats by Laurent Gaudé translated by Alison Anderson

Timely and provocative, Hear Our Defeats is a novel about the battles that define us.

The battles lost, won, and those still being fought.

A French intelligence officer, Assem, is tasked with tracking down a former member of the U.S. Special Forces suspected of drug trafficking during the War in Afghanistan.

En route to Beirut he shares a night with Miriam, an Iraqi archaeologist, who is in a race against time to save ancient artefacts across the Middle East from the destruction wreaked by ISIS.

All turning points in world history, show different facets of how nations and individuals face defeat. Gaudé writes with a riveting immediacy, seamlessly taking the reader across the battlefields of our past to reflect upon the implications of conflicts being waged today.

Read with us – Buy here: Hear Our Defeats<

Laurent Gaudé is a French novelist and playwright. After being nominated for the 2002 Prix Concourt with The Death of King Tsongor, he won the award in 2004 for his novel The Sun of the Scorta.

Meet the translator – we have news

We have contacted Alison Anderson, the translator and although she lives in Switzerland, she often comes to Paris and she has agreed to meet with members to answer their questions, isn’t that fantastic? So watch out for a book club meeting a little later in the year. 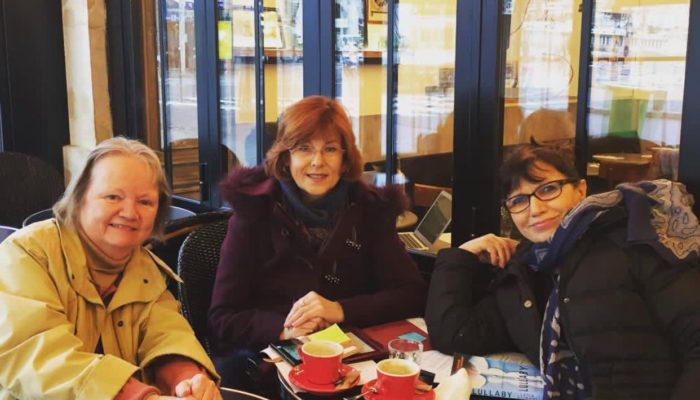 Are you reading with us? Let us know in the comments section below.