French literature in translation – an interview with Sam Taylor: translator of ‘The Perfect Nanny’ 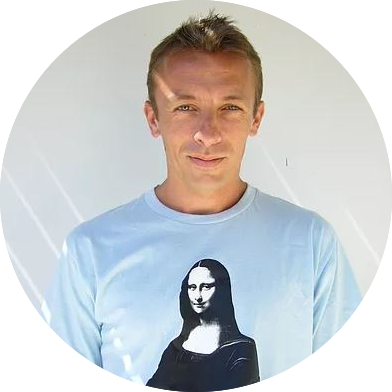 What is literary translation and what’s it all about? Join me as I embark on an eye-opening interview with Sam Taylor, author, and translator of many major French publications – including Leïla Slimani’s best-selling novel, ‘The Perfect Nanny’.

For as long as I can remember, I have only memorized the name of the author of a work of prose or poetry – be it in its original version, or translated into English or French. I wasn’t interested in its translator if there was one.

When I read such masterpieces as ‘The Name of the Rose’ by Umberto Eco, or ‘One Hundred Years of Solitude’ by Gabriel García Márquez, I took the words at face value and never wondered who had translated them.

Translators were the unknown soldiers of my literary discoveries.

Over the years, I would eavesdrop on conversations about a particular Shakespeare production being worth a re-visit due to its “new and improved translated version” at a theatre in Paris.

I had been fine with the previous version! Although I was aware of the importance of translating, I was still not interested in the human and qualitative aspect of it.

Only recently did I realize that the literary translator should not be ignored and that his/her work should be as much acknowledged and valued as the writer’s work. Indeed, it requires specific skills that not all bilingual people possess – and the responsibility is immense.

Nowadays, there is definitely a trend towards awareness.

Thanks to Carolyne Lee, a member of the MyFenchLife™ community and a translator herself, I discovered Asymptote Journal, described as “the premier site for world literature in translation”.

Also, there are specific prizes for the best-translated books, especially in the English-speaking world:

Sam Taylor: the art of translation 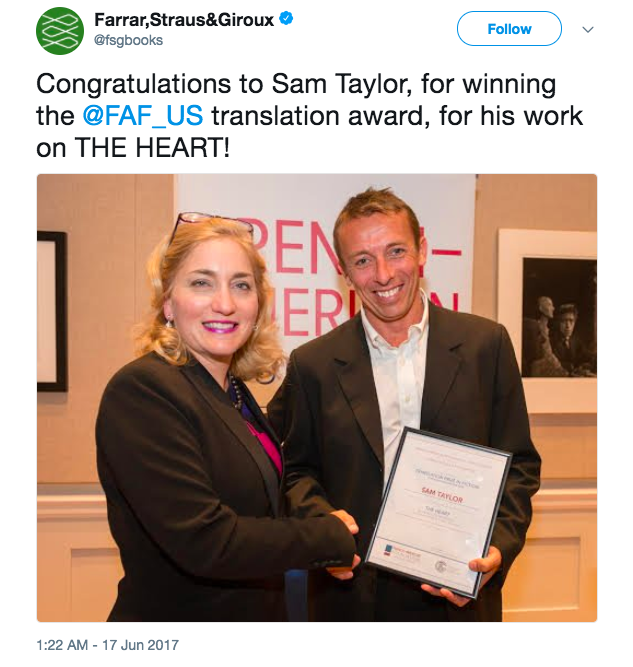 In this respect, when MyFrenchLife™ launched a book club of recently-translated, award-winning and best-selling French novels last month, I delved deeper into my role as facilitator and became fascinated by the translation process.

In my research, I came across Sam Taylor’s name on many occasions – and not just because he was the translator of the first book on our reading list: ‘The Perfect Nanny’ or ‘Lullaby’ by Leïla Slimani.

Sam Taylor had already translated other major recent French novels. I quickly found his site and contact details. I was eager to ask him a few questions, which he kindly answered.

1. Which is your preferred title, the UK one or the US one? If you prefer ‘Lullaby’, did you have much input on the decision to name the US version ‘The Perfect Nanny’?

“The different titles of the book in the US and the UK reflect different visions of what kind of book it is, I think, and most of all how it should be promoted.

I preferred ‘Lullaby’ because it sounds more literary, and it reads like a literary novel to me.

But Penguin US aggressively promoted the book as a thriller, and for that angle, ‘The Perfect Nanny’ probably works better. Leïla Slimani was happy with that approach, so who am I to argue?

As it happens, the book has been a huge success on both sides of the Atlantic, so perhaps the title didn’t make much difference. Or perhaps both publishers chose the right title for their market?”

2. How long did it take you to translate this novel? Were you in contact with Leïla Slimani? Did she give you any direction?

“It’s a fairly short novel, so it probably only took me four or five weeks – I can’t remember precisely.

I never even exchanged an email with Leïla Slimani, which is unusual.

I think I put a few questions in comments on the Word document and the editor asked Leila those questions directly; I’m not sure why. But she seemed very laidback about translation issues.”

3. Is it absolutely necessary for a translator to read the whole narrative in the original language before translating, or do you have a particular way of doing things?

“I think it’s preferable to read the whole book first, but it’s not necessary and it’s not always possible.

I doubt it makes any difference to the finished translation – it just means you make fewer wrong turns (like word choices, for example) during the translation process.”

4. With such a powerful story, and one which echoes many people’s personal fears (i.e. what makes an apparently normal human being turn into the most atrocious murderer) was it not difficult to execute your work in an unbiased fashion, instead of acting as the would-be reader-investigator that Leïla Slimani forces us to be after the first chapter’s revelations?

“I don’t think a translator has to be neutral towards the book they’re translating. In fact, passion is a plus. 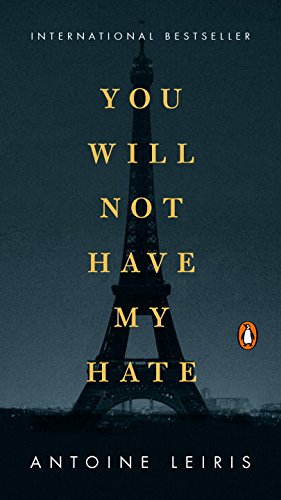 Part of what you’re translating is the indefinable spark that pulses beneath the words, and if the book doesn’t affect you emotionally, it’s more difficult to render that spark into English.

I don’t love every book I translate, of course, but it’s always more fun when I do.

The biggest emotional reaction I’ve had to a translation was with Antoine Leiris’s ‘You Will Not Have My Hate’, which made me cry several times.

And I loved translating ‘In Paris With You’, so I’m really glad you’re thinking of recommending that to your book group.

It’s the best translation I’ve done, I think, and it was also the freest because it’s verse rather than prose. I hope you enjoy reading it as much as I enjoyed translating it…

I’m translating Leila Slimani’s next novel right now, by the way: ‘Dans le jardin de l’ogre’ (English title still to be decided). I think it’s going to be even more controversial than the last one was!”

I could not be happier with Sam Taylor’s answers and I’m extremely grateful for the time he spent answering.

They have not only shed light on many of my questions about his work, but they have also introduced me to a new genre of reading.

I will probably never again take a foreign book for granted in my mother tongue.

What do you think of Sam Taylor’s responses? Do you usually pay attention to the translator of a book? We’d love to hear your thoughts and comments in the box below.

Image credits
1. © Sam Taylor
2. The End of Eddy, via Amazon
3. Small Country, via Amazon
4. Sam Taylor award, by Farrar, Straus & Giroux (@fsgbooks) via Twitter
5. The Perfect Nanny, via Amazon
6. You Will not Have my Hate, via Amazon