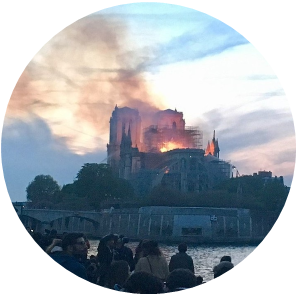 Now that the dust has somewhat settled, there is no doubt that the destruction—or part destruction—of Notre Dame de Paris, is a disaster of gargantuan proportions.

But President Macron seized the political opportunity when he stated, “We will rebuild Notre Dame, more beautiful than before–and I want it done in the next five years.”

Within hours, more than one billion euros had been pledged for restoration.

But rising social inequality is high on the political agenda in France. The mood of distrust of the political class is never far away. Macron is often characterised as the ‘President of the Rich,’ and the avalanche of cash pledges raised some eyebrows. 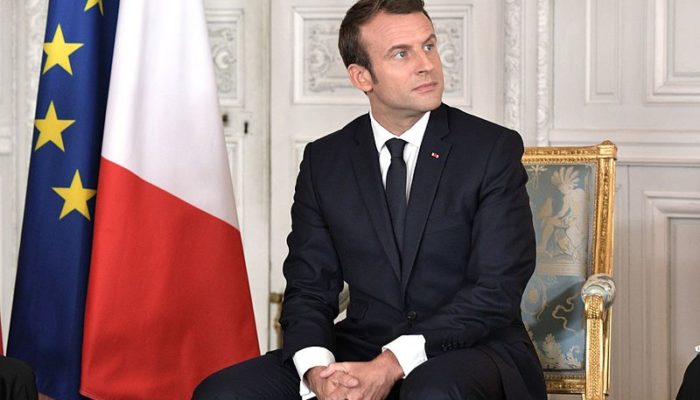 Although quickly denied by the donors, there was some speculation that powerful companies and billionaires were contributing to Notre Dame in order to receive a generous 60 percent tax deduction on donations made ‘in the realm of culture.’

The articulate and elegant Roxane Lundy, Générations candidate for European elections, summed up the argument when she told France 24 that the restoration of Notre Dame was essential. But “We also need to pay for hospitals and schools.” Then she took the opportunity to point out that some of the donors and organisations had recently been implicated in complicated tax avoidance schemes.

“Everything for Notre Dame, nothing for Les Misérables!” 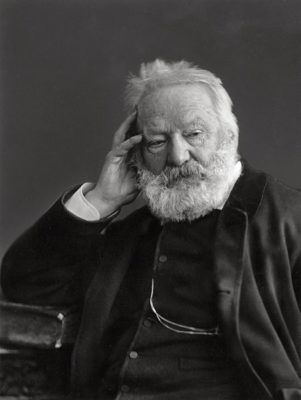 The tragedy of Notre Dame has again raised the question of who owns it and who pays for the upkeep? The short answer, it seems is, we, the people of France, do.

Up to the French Revolution, Roman Catholicism was the state religion. But after 1789, Republicanism took over and Church assets were confiscated and passed to the State. Put simply, this means that Notre Dame de Paris is owned by the state and not by the Roman Catholic Church. The Church is therefore not liable for the restoration costs.

Frightening images of Notre Dame aflame were recalled on 20 April when French gilets jaunes protesters made fires along the path of their march through Paris. They claim to have done this to drive home the message that the government is out of touch with the problems of the poor, and rebuilding the fire-ravaged Notre Dame Cathedral isn’t the only pressing issue in France.

Victor Hugo, author of the ‘Hunchback of Notre Dame,’ was a renowned champion of the poor. His epic novel ‘Les Misérables‘ focused on the lives of the destitute in Paris.

Amongst the gilets jaunes, campaigning for political attention to focus on democracy, tax, society and the environment, one of their vests read, “Everything for Notre Dame, nothing for Les Misérables!”

These demonstrations have been taking place on every weekend since November 2018. The demonstrators, most of whom do have jobs, but all say their low incomes mean they cannot make ends meet at the end of the month.

In France jobs and wealth have become more and more concentrated in the big cities where employment is created. But it’s rural areas, “peripheral France”, where many working-class people live. Employment and social services are under pressure, giving rise to a social and cultural shock. What began as a fuel tax protest by French drivers now appeals to wider anti-government sentiment. 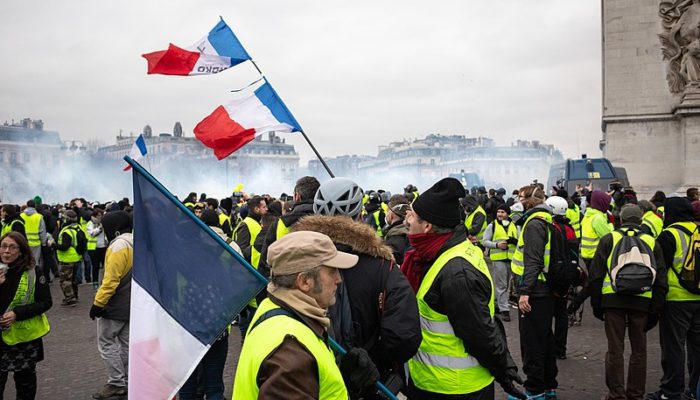 The head of the Confédération générale du travail, was quick to point out that, “If they can give tens of millions to rebuild Notre Dame, then they should stop telling us there is no money to help with this social emergency.”

In the aftermath of the tragic destruction of this magnificent religious building, some found consolation in the miraculous events that took place amongst the embers: no one was killed; several hives of bees survived; so did the crown of thorns worn by Jesus; a remnant of the true cross did too; as did one of the nails used at the crucifixion. But perhaps the most spectacular was the miraculous survival of the gold cross that hung above the altar.

The more cynical have pointed out that the cathedral was closed when the fire broke out; bees can fly; the many valuable artefacts were simply carried out of danger by les pompiers; and gold melts at a considerably higher temperature than the large amount of centuries-old wood that fed the inferno.

So, what’s your take on these events? Godsend or simple serendipity? We’d love to hear your thoughts in the comment section below!

Image credits
1. Incendie Notre Dame, by Bouette via Wikipedia
2. Emmanuel Macron, by Press Service of the President of the Russian Federation via Wikipedia
3. Victor Hugo, by Nadar via Wikipedia
4. Place de l’Etoile, by Olivier Ortelpa via Wikipedia