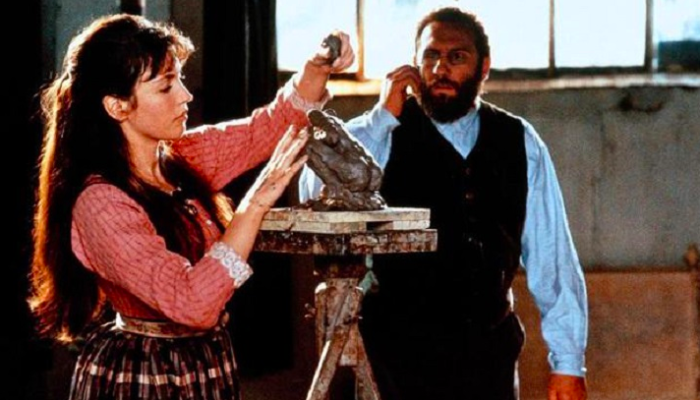 The Alliance Française Classic French Film Festival is on soon in Australia, and Cynthia Karena went to the launch at the Astor Cinema to see Camille Claudel.

This year, the classic film fest is all about Isabelle Adjani, with a retrospective of six of her most renowned films from 1975 to 1994, including Camille Claudel (1988).

The first thing to say about this film is that it is three hours long. An hour could have easily been shaved off, but you could argue that three hours is a wonderful immersive experience into the world of the tortured artist.

Starring the exquisitely beautiful Isabelle Adjani and Gerard Depardieu, the film is based on a true story about the 19th-century French sculptor Camille Claudel’s love affair with the great Auguste Rodin.

The film begins with Claudel’s brother searching for her in the middle of the night, but she’s busy digging clay out of a Paris building site.

We soon see that Claudel was not a conventional woman adhering to the social norms of society. She lived and breathed art, and luckily for Claudel, her father encouraged and bankrolled her endeavours.

Eventually, she and another sculptor friend managed to get apprentice work with the great Rodin.

Claudel was talented and Rodin fell in love with her beauty and her amazing work. They were both head-over-heels in love and completely committed to their work, even though she accused Rodin of being more concerned about marketing himself than thinking about the art.

Claudel was also unhappy that Rodin had a former partner who he wasn’t prepared to let go, for reasons that aren’t entirely clear, but Claudel wasn’t willing to have another woman in the mix, so she left him.

But this, unfortunately, was the beginning of the end, the start of Claudel’s slow delusional descent into hell, believing that Rodin and his ‘gang’ were out to destroy her reputation and her life.

Claudel was a strong determined woman who was obsessive about her art, but she was broken by what she perceived as Rodin’s betrayal and lack of commitment to the relationship.

This film is all about Claudel, and Adjani’s acting is superb, and I loved seeing the clothes and the fashion of the times.

I’m certainly inspired to seek out the sculptures of Camille Claudel.

The Alliance Française Classic French Film Festival screens in Sydney from 3 – 24 November and Melbourne from 10 – 24 November 2019.