Domestic Violence in France: Quel Scandale ! ( Not only France!)

“MY DADDY KILLED MY MUMMY WITH A KNIFE.”
These are the plaintive words on a banner carried by one of the thousands of mainly female protesters who marched through Paris on the third weekend in November. The demonstration involved nearly seventy political parties, unions, and associations nationwide. 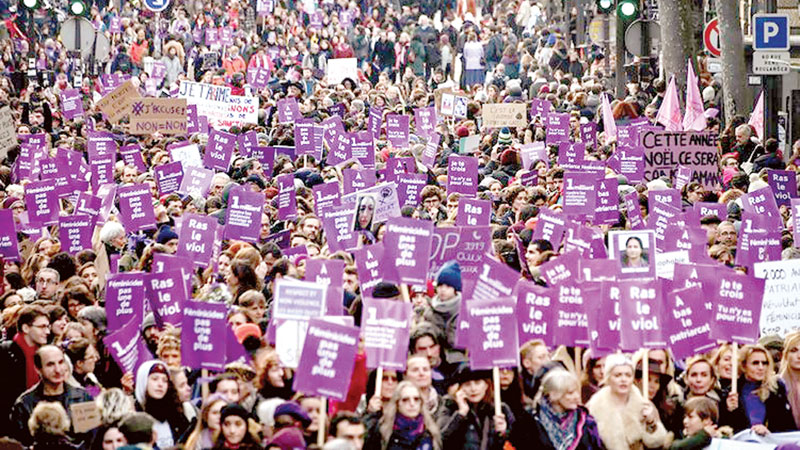 One of the main organisers was #Nous Toutes. This translates as “All of us (women),” a grassroots movement involving several feminist groups. They hope the demonstrations will result in a set of specific measures being adopted against domestic violence.

The number of women killed by this scourge in France is the highest in Europe. In the country that leads the world in eliminating the curse of FGM, 230 women have been killed by their husband, partner or ex-partner this year. That’s one every two to three days. And an estimated 12 more will be murdered in l’hexagon in the month leading up to Christmas.

Many were dressed in purple, the movement’s chosen symbolic colour, and carrying the same hue in placards displaying the names of murdered women.

“France’s shame”, said President Emmanuel Macron, as he expressed his solidarity. “I give my support to every woman who has experienced gender-based or sexual violence. Count on me to continue the mobilisation of the government and the entire nation in this great cause.”

French bureaucrats are due to publish the results of an investigation into domestic violence shortly. And the Secretary of State for Gender Equality is also about to announce a series of new measures aimed at protecting women.

The main objective is prioritising police training so that they won’t brush off women’s complaints as a private non-police affair. 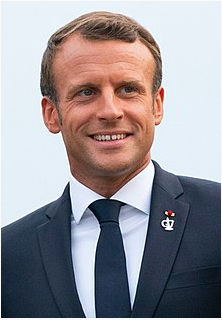 At a recent publicity event, the President wanted to showcase the positive changes that had been enacted to give police more power to crack down on the perpetrators of domestic violence.

He heard a police officer on the National Domestic Violence Hotline refusing to help a woman in danger.

The operator asked to talk to him and attempted to get the gendarme to help her.

Macron, shaking his head in disbelief, asked, “Does this happen often?”

The French government has already flagged a number of emergency measures designed to counter violence against women. These include:- 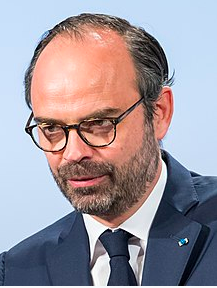 Prime Minister Edouard Philippe has committed €5m to assist in the fight against femicide. The complaints procedure is to be simplified so that violent partners can be removed more quickly.

Mr Macron has also put forward a radical idea in the campaign.

Those convicted of domestic violence, or are under a restraining order, could be forced to wear an electronic bracelet that can locate the wearer and ensure he goes nowhere near anyone who could be seen as a potential victim.

The United Nations General Assembly has designated November 25 as the “International Day for the Elimination of Violence Against Women”.

The objective is to raise awareness that women around the world are constantly subject to rape, domestic and other acts of violence, and to highlight the fact that the extent and complexity of the issue is often hidden.

Watch out for further developments—you can get up to date information here on the France 24 website.

Have you been following this issue? Join the conversation below in comments or on twitter @MaVieFrancaise