French butter: why is it so delicious?

The French are the world’s most prolific butter eaters. Unafraid of fat, they’ll spread butter thickly onto bread, rub it into pastry and even drop a slice onto warm vegetables.

Producers of the famous Isigny Sainte-Mere butter from Normandy lovingly describe it as “yellow like buttercups, with a faint taste of hazelnuts”.

The high fat counts plays a significant role. European butter contains around 87% fat whereas American butter is just 80%. Australian butter comprises at least 80% milk fat. In the UK butter varies between 80% and 83%. The legal minimum in France is 82% fat – but the real secret to French butter is the process of culturing.

Culturing is a process most commonly used in France, which means that the cream from the milk is left to ferment before it is churned. By introducing bacteria to the cream, the sugars are converted to lactic acid, giving it a sourer and ‘buttery’ taste. This culturing is what makes French butter so irresistible.

Until the mid-1900s when butter was produced locally on small farms, the cream was left to separate from the milk naturally. The milk would be left in large pans until the cream floated to the top, then it would then be skimmed off and stored in a cool place.

Yellow like buttercups, with a faint taste of hazelnuts. 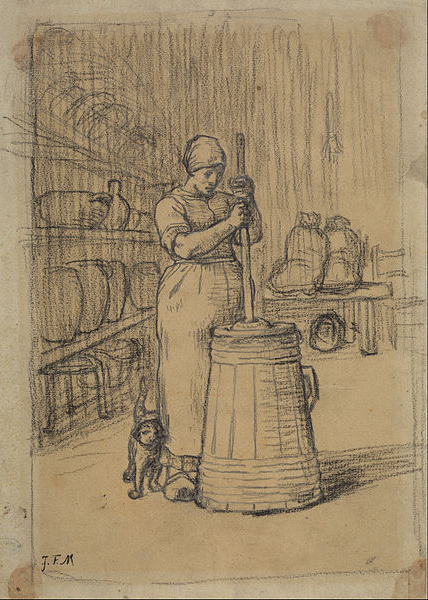 Producers would let the cream accumulate until there was enough to begin churning.  Because there was no refrigeration, the cream would be cultured by the bacteria that formed over a period of a couple of days. It is this process of culturing that gave the butter a more ripened taste, and what makes artisanal butter so delicious. However, small producers have become less common as a result of industrialisation.

In today’s butter-making industry, the cream is separated from the milk using separators spinning at 30 000 RPM (rotations per minute). In France a lactic acid-producing culture is added to the cream, which ferments overnight. This cultured butter has a full, almost nutty flavour which is more likely to be found in Europe than the US. Sweet cream butter dominates the US market, which is made with pasteurized, uncultured cream.

Artisan butter-makers use the cream of whole milk to produce a creamy, full-fat butter, but some industrial producers make their butter by extracting small amounts of cream from whey, the liquid that remains after milk has been curdled and strained. This butter has a tangy, almost cheesy flavour and a lower fat content. 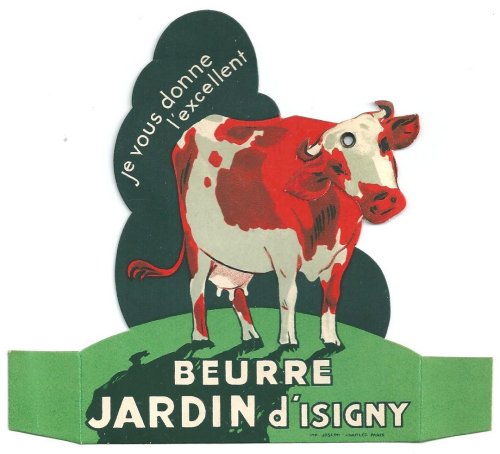 Nothing can be better than home-made, non-industrial beurre. You can make your own cultured butter using an organic, high fat cream from pastured cows and a dairy-friendly culture.

Simply blend your cream, add the culture and let it rest at 68-70°F for six to 12 hours, depending on how ripe you would like your butter to be. Separate the butter using a blender or a jar before rinsing and kneading it.

Here you can find detailed instructions on how to make better butter in your own kitchen.

Although countries like Britain produce some delicious butter, I think we can all agree that French butter is simply the best. The French have such respect and love for food that they refuse to skip an important step (such as culturing) when producing their butter. Quality, not quantity, is the key here and the French dedication to the art of butter-making is evident in the final buttery product. 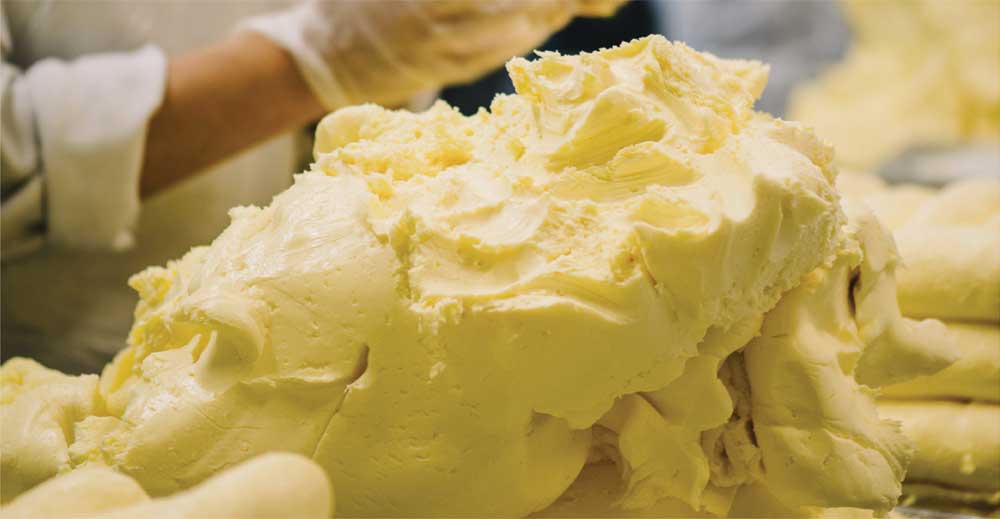 Have you ever made your own butter? Which French butter is your favourite? Let us know in the comments below!

Note: This article was published in 2016 and has been refreshed and republished due to its popularity.