That’s the number who visit Carcassonne every year. If they stood in a line it would be over 160 kilometres long. All queuing to get into La Cité, this perfectly preserved medieval fortification that’s dominated the landscape since the Middle Ages. And it’s a marvel. No other way to describe it.

In the 13th century, Carcassonne was a Cathar stronghold. Although essentially Christian, their belief system had some unconventional elements. (Including such radical ideas as equal status for women.)

Known as bonshommes, they were vociferously against what they saw as excesses in the Church hierarchy and the incessant acquisition of land and wealth. They were quickly condemned as heretical and a violent and bloody conflict erupted. Carcassonne was besieged and fell to the Pope’s forces in 1209, and the Inquisition began its crusade against the remaining Cathars. Today the GR 107 traces the Route des Bonshommes for pilgrims, hikers, and outdoor enthusiasts who want to experience the breathtaking scenery in this special part of the Franco-Spanish border. This is the same escape route persecuted Cathars took to find refuge in Spain. It is a high mountain pass — not for the fainthearted — and an arduous journey of 220 kilometres over the Pyrenees from Foix in the Ariege to Catalunya in Spain.

The rise of the political right has been energised in several European countries. Ideas disdainful of the Euro, the European Union, and skeptical of the impact of climate change and vaccination programs are commonplace. Although in France, it’s hard to find anyone who gives La Front Nationale a real chance of forming a government after next year’s election… experts said the same about the Republicans under Donald Trump.

It’s a sad commentary on the human condition that the Covid-19 virus has teased out some latent political problems in France, Europe, and around the world. Public discontent at how the pandemic has been handled by governments is endemic. Disputes and disagreements amongst health service experts, lockdowns, and employment insecurity have destabilised vast numbers of people. Many citizens feel forgotten by their governments. The search for scapegoats lurks just below the surface.

And the Brexit civil war bubbles on. Having divided the UK and the EU, it has galvanised supporters of Scottish and Welsh independence. And it has stimulated exit ideas in several European countries. The Northern Ireland peace process is under strain. France and the UK are now fighting over a few fish. Twelve EU member states have asked for handouts to build border walls to keep out refugees.

Blatant Islamophobia and anti-Semitism, the demonising of immigrants, and a disdain for the poor or unemployed have again floated to the surface. Social justice programs are unpopular and underfunded, and campaigns against racial inequality, like taking the knee, remain controversial. Advocates of climate change are ridiculed and many green ideas are often dismissed out of hand.

The easy way out is to hope and pray that none of this leads back to the yellow badges of Carcassonne and World War Two. But Edmond Burke put it like this, “The only thing necessary for the triumph of evil is for good men to do nothing.” (OK, OK, it may have been John Stuart Mill, but the point is about doing nothing).

Perhaps the “good men” have had their day. At COP26, the driving force for climate change shifted to young activists like Swedish teenager Greta Thunberg. And their millions of supporters around the world. 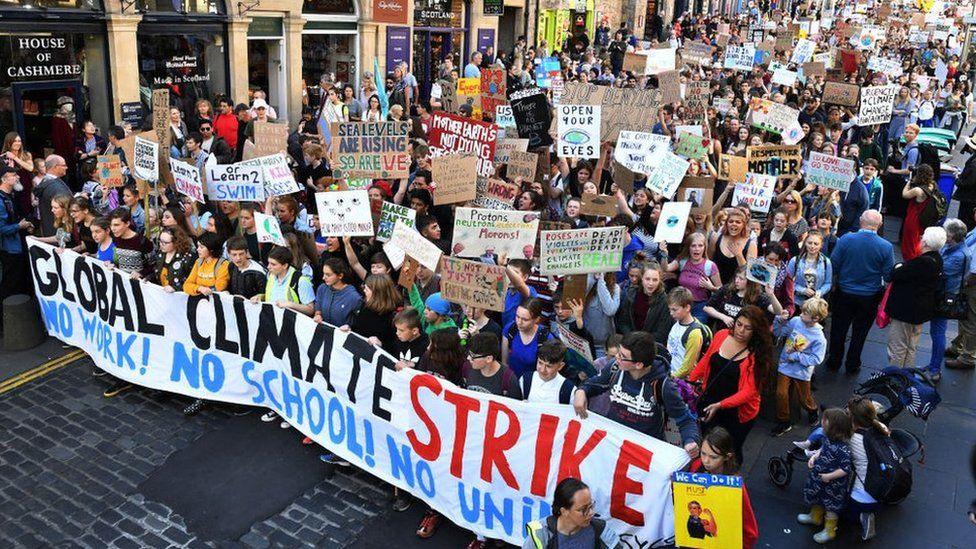 Our kids appear to be the only hope left. They have most to lose if we fail — and the most to win if things change.

So it’s high time we gave them our unqualified support. The world’s future et tout ça is in their hands. Let’s just let them get on with it. And put an end to all this “blah, blah, blah” bullshit.

What are your views? Do you agree with Ray? He’d appreciate you sharing your opinions with him.