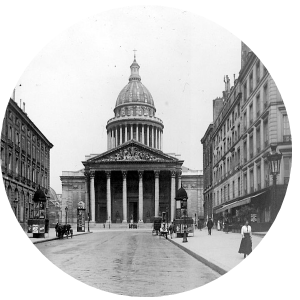 The beast was impressed.

‘It was the dream of my life to be permitted to see Paris,’ he said, after a lightning tour of the city’s highlights.

They’d arrived at Le Bourget early in the morning and were whisked off in three large Mercedes Benzs to the Paris Opera. They spent some time studying, admiring and commenting on this fine Neo-Baroque masterpiece.

But when they left, there was a moment of embarrassment. The building’s official guide refused a large tip, saying that he “was only doing his duty.” They tried to insist. Again the man refused. Was this an early example of passive resistance? 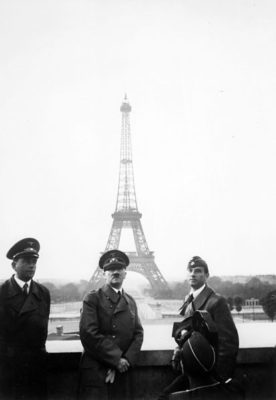 This unlikely group of tourists then went on a flying excursion that took in what Hitler considered to be the most attractive and impressive buildings in the capital—and those that he admired the most. The Eiffel Tower, the Arc de Triomphe, the Pantheon, Place des Vosges, the Louvre, the Palais de Justice and Sacré-Cœur—where there were further musings on imposing and striking architecture.

According to Speer, that evening when reminiscing about the tour, Hitler said, “Wasn’t Paris beautiful? But Berlin must be made far more beautiful.” So, he ordered Speer to begin immediately on a full-scale redesigning of the German capital. Then, almost as an afterthought, he added, “In the past, I often considered whether we would not have to destroy Paris. But when we are finished in Berlin, Paris will only be a shadow. So why should we destroy it?”

Let’s not let Hitler’s quick tour of the capital’s architectural marvels mask the truth. Despite the sophisticated discussions he had with his companions about the finer points of the city’s layout, art, and architecture, he was nothing short of a monster. As Paris was about to find out.

The dark and dangerous days of Occupation had begun. And shortages, hunger, humiliation, danger, and death were soon part of everyday life.

A curfew was in effect from nine in the evening until five in the morning. The city went dark at night. Prices rose, and food was scarce.

The swastika flew over all public buildings and the best hotels were taken over by the Nazis. German directional signage replaced French signs, and the clocks were changed to Berlin time. 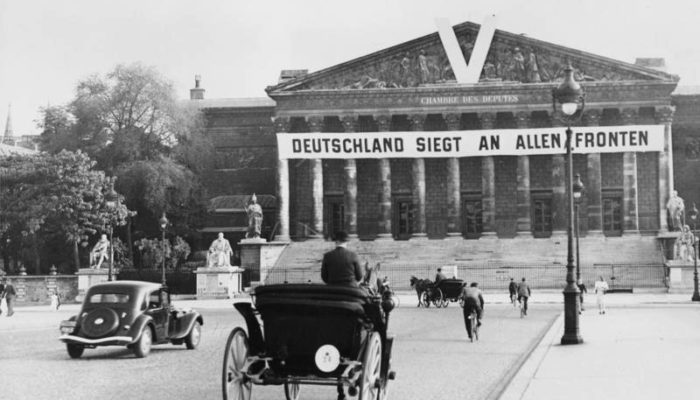 Most Parisians collaborated with the Vichy Government.

French bureaucrats were given the choice of collaborating or being fired, and magistrates were induced to take an oath of allegiance to Marshal Petain.

All German soldiers were promised at least one R&R visit to Paris. Many bordelles began to cater exclusively for Germans. A German-language newspaper was printed for the Occupying troops, as were German brochures showing the city’s highlights.

A million Parisians left their homes for the country where conditions were marginally better.

Jacques Bonsergent was the first civilian in France convicted of resistance against the Nazis. He was executed in 1940. Today, there is a Paris Metro station named after him.

Paris: the French police and the Jews

The German occupation authorities ordered that they are barred from certain restaurants, all main streets, movie theatres, libraries, parks, gardens, restaurants, cafés, and public places. They had to ride in the last carriage in the metro and were banned from working as lawyers, doctors, professors, and shop owners. Their property was seized, and they were required to wear a yellow star.

In July 1942, thirteen thousand Jews, including children, were rounded up. Not by the Germans, but by the French police. They were taken to Drancy, just north of Paris, the anti-chamber to the Death Camps in Germany. Half of the total Jewish population was deported. Thirty-four thousand never returned.

But the final irony is that Hitler had always wanted Berlin to outrank Paris as the world’s most sophisticated and beautiful capital. Just before his suicide, he ordered that Paris is left a “heap of burning ruins.” 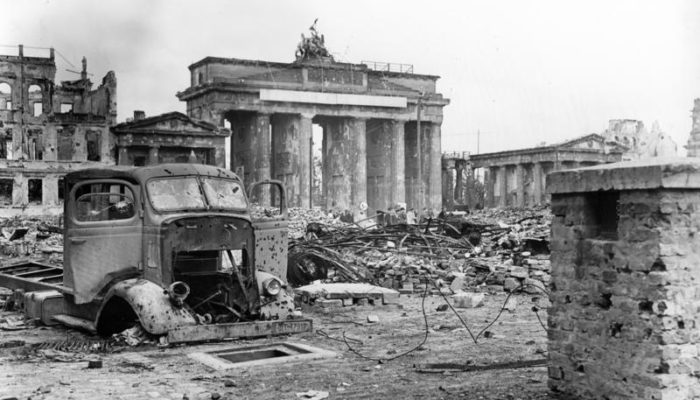 However, at the Liberation, Paris was spared the fate of being razed by the departing Wehrmacht—and by the end of the war, Berlin was smashed to dust by Allied shelling and bombing.

Paris dark days – Did you know about Hitler’s plans to destroy Paris? What would this city look like today if it had not been spared? Share your thoughts and comments in the box below.